Living in a Residential Bldg with long hallways & doors that all look the same, I tell folks to look for the door with the multi-color Ball.

I stopped by the Dollar Store again, and got a 3-pack of plastic, hollow "Baseballs" - the kind a small child would play with using a plastic bat. I found an obvious spot along the seam where the ball had been assembled from 2 halves, and make a hole for a sanded/diffused LED in it.

I needed to drive it a little brighter to get the same amount of illumination as the ping pong ball, so the 5V Solar Panel provided more wattage so that it was about the same brightness as the 3.6V panel I use in the project.

The quality of craftsmanship for the plastic baseball was, well, what you would expect for 3/$3.00.

It's not uniform like the ping pong ball which has no seams or "molding artifacts" - and way to big and goofy looking to hang above my apartment door, but here's what it looks like. Putting in the Fast-Rotating Microtivity 5mm IL602 and making a string of them might be a good party decoration which is probably what I will do (the LEDs come in packs of 30 so I have plenty of both the slow and fast color-changing LEDs to do something with :) 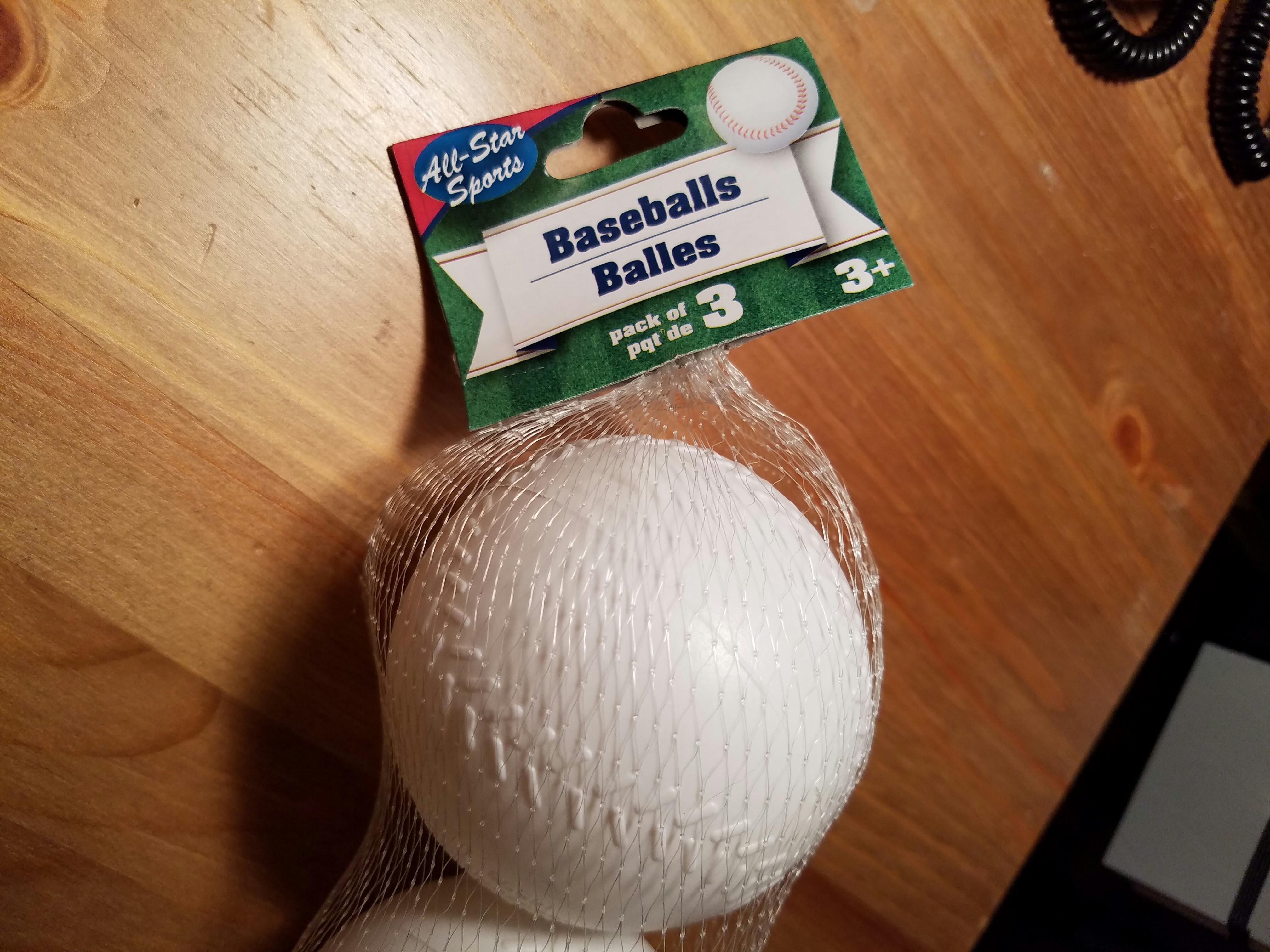 Sanding Seems the Best Way to Diffuse the LED