As mentioned in the details, the virtual Drone's used in my project will be modeled using a behavioral robotics approach inspired by Dr. Rodney Brooks and Jonathan Connell. Specifically these machines will be assumed to be using a subsumption architecture.

Virtual Drones will be modeled one step at a time, increasing their capabilities in each case. For the current stage, where I just want the machines to show up in the simulated environment to test the UI, I will be modeling only the first two competencies - wander and avoid.

The idea here is illustrated by the diagram below, but I'll provide a brief explanation. The lowest "level" of competency for the virtual drone is the "wander" competency. Wander basically pushes the drone around in a random direction. In this way, if the drone has nothing to do, its wander system will activate and start moving the machine around until new inputs can be found.

Avoid is the second level of competency. It checks the sensor data to see if there is an obstacle in front of the drone. No obstacle, means avoid does nothing. If the obstacle is too close for a safe turn, then it will send the stop signal, overriding any output from the "adjust speed" command of the wander level. If it can safely turn, it will do so, override any "adjust orientation" output from the wander level.

As I integrate the different types of goals into the simulation, new functionality will be built onto the drones using this same approach. Each module will operate separately, overriding lower level outputs as required. One possible example of this might be the gripper. To grip something the drone wants to be stationary, so if it senses something to "grip", the gripper module may subsume the speed outputs of the avoid / wander modules and stop the robot until the grip process is complete.

I will update this flow chart as I add new competencies to the simulation. Next update should include an example of the basic simulation in action with the drones using a simulated version of the behaviors described here. I'll also provide a github link for those who wish to play around for themselves. 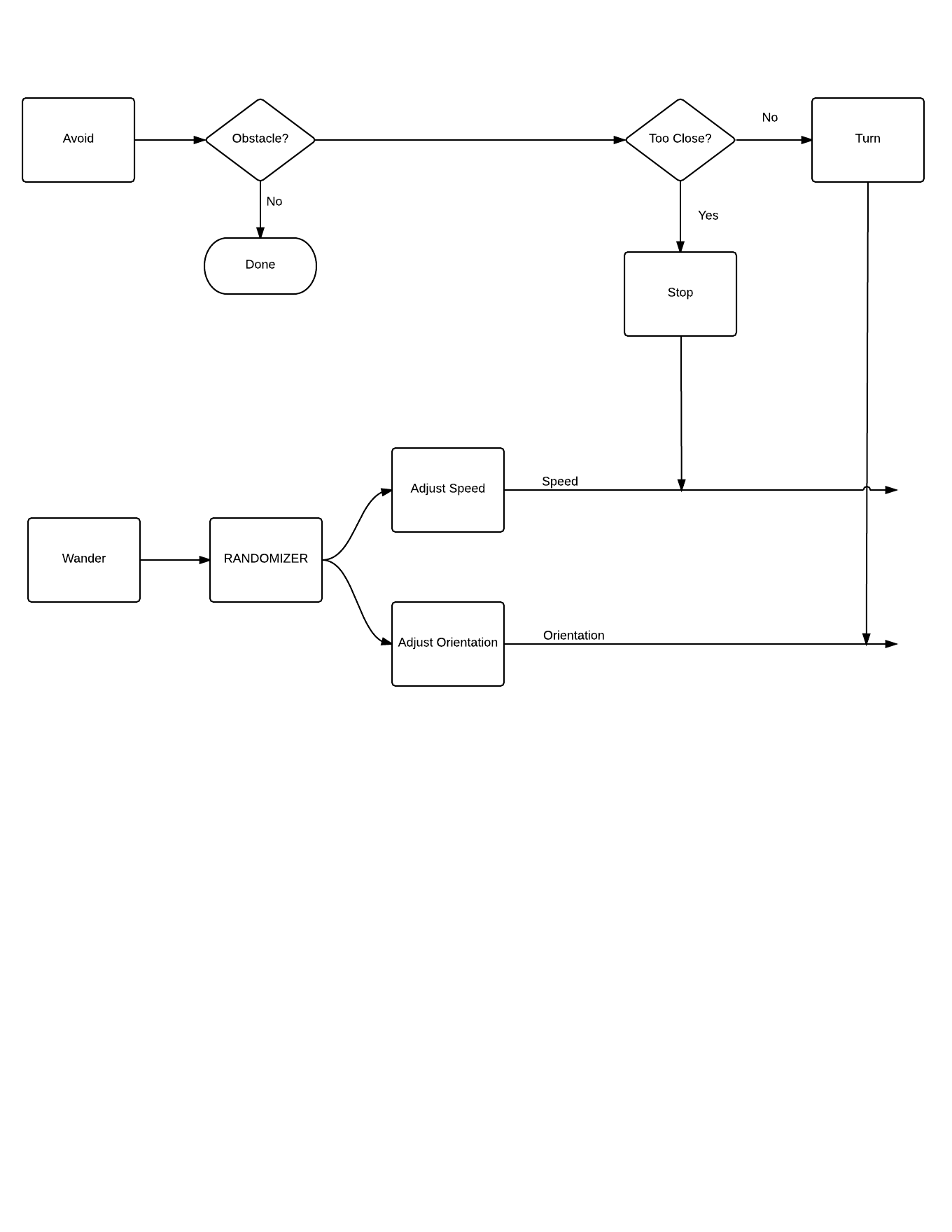