While the current random walk approach to swarm robotics I am using does eventually solve the problems provided, its not very efficient, nor does it feel particularly "swarmy". To that end I've added another behavior to the system, the ability to flock.

Now presently these machines are not equipped with a gps, nor are they expected to have sufficient processing power for accurate telemetry tracking to be feasible. ( I have some ideas on this, but they will have to wait for a later stage of the project) As such none of the drones actually know their location on the map. They do track their direction however to some reasonable degree so I am using this directional information to allow the system to "flock".

There are a few issues with a "pure" flocking strategy that arise. If the drones are allowed to have their flocking behavior subsume wander 100% of the time, they end up stuck in the bottom right hand corner of the work area. They simply never move far enough out of that position to ever reach the remaining goals even after an absurd number of iterations. To get around this issue, I've made the flocking behavior probabilistic. At any given time a drone signals its fellow drones its current believed heading with some randomly chosen probability. (this is set for each individual drone at creation time). A drone responds to these signals probabilistic as well. By having these responses stochastic rather than deterministic room is left for the wander module to do its work and push the swarm into regimes. A demonstration of this behavior can be seen in the youTube video below.

As can be observed in the video, the behavior isn't perfect yet. Many individuals find themselves easily separated from the rest of the swarm, an issue that becomes more exasperated as the swarm gets larger in comparison to the available space. However, even this imperfect approach is vastly superior to the random walk method that was originally used.

The chart below shows a comparison over 20 trials between the Random Walk approach, and the Co-Operative flocking behavior. 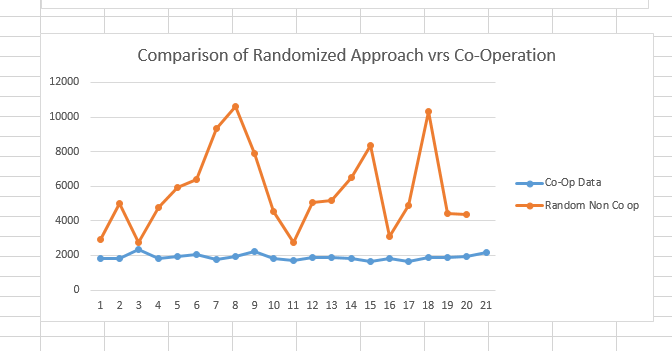 This is a substantial improvement over the randomized approach.

To get this to work, some behaviors were modified to accommodate flocking. These are listed below:

A new diagram representing these behaviors is attached below. 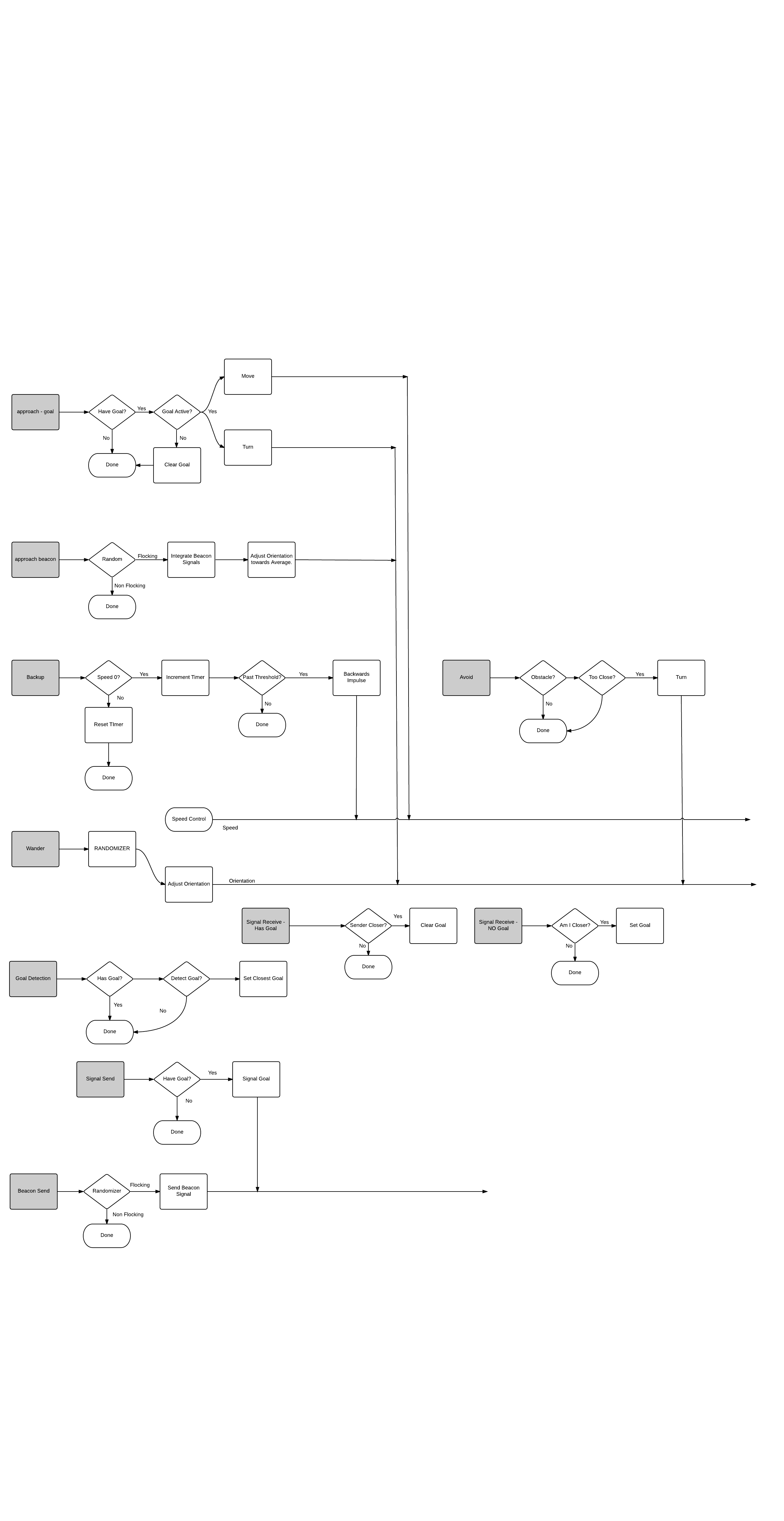