A Project page to host and blog about my various analog audio circuit experiments and designs.

Hey so since the last post I switched it up and did the custom tone control/tonestack I mentioned in the details section of the project page. So this tone control circuit is copied from the one I found on this page http://www.eleccircuit.com/three-circuits-of-preamp-tone-controls-by-ne5532/ . The tone control on that page appears to have been pulled from a solidstate stereo amplifier. The full schematic included Treb/Mid/Bass control for two channels with a volume/balance control between the two. The design I made extracts the tone control section, includes the input volume, and adds a unity gain input amplifier to the circuit. Below is the schematic: 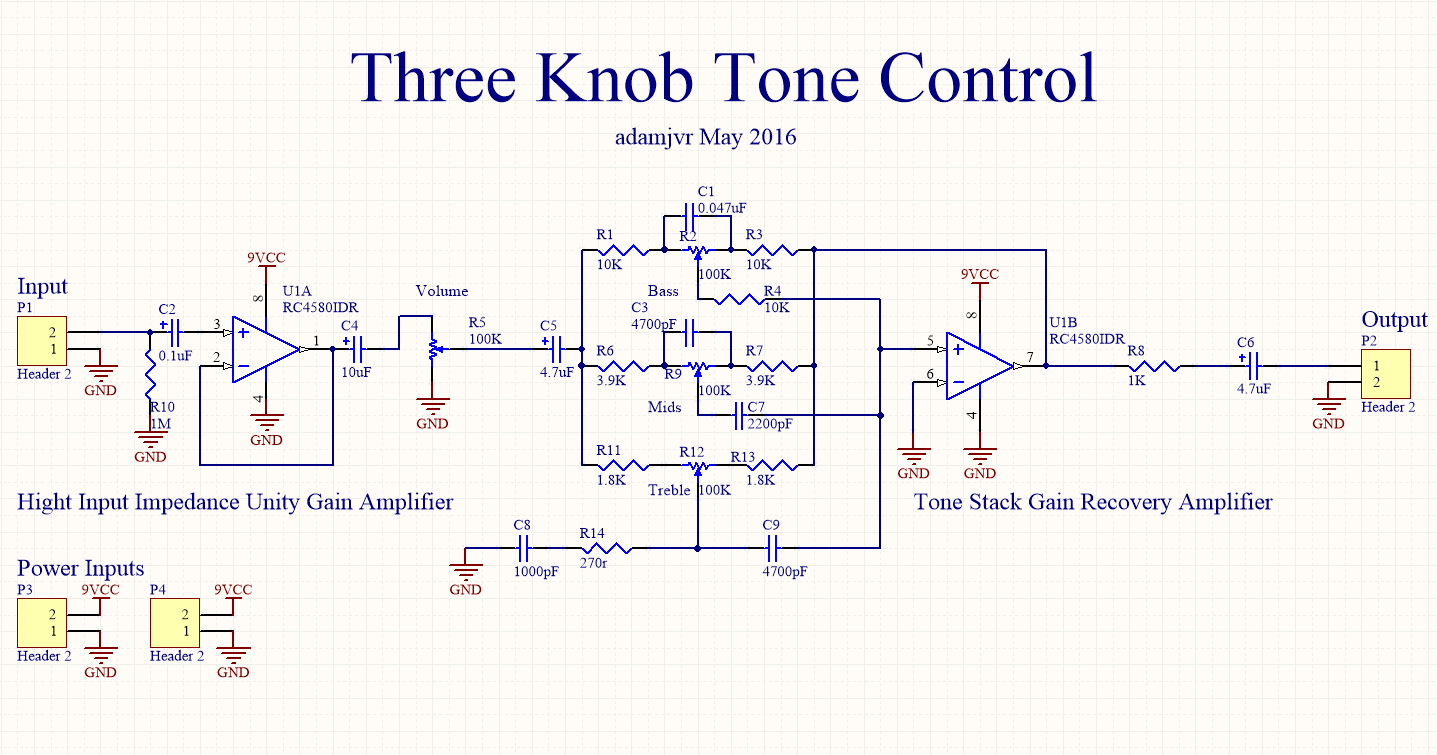 The schemtic went pretty quick, though finding all the appropriate components took quite a while. So this is the first pass on routing it, I'm still thinking about it incase anything additional comes to mind. I also need to adjust the input pin spacing to make it breadboard compatible. Anyways this design should be finished soon and off to the fab shortly. I haven't stated before but I will be using OSHPark for my PCB fab and possibly doing a lot of these boards as 2OZ copper boards, they are fast and quality for the cash. Below is the first PCB routing pass: 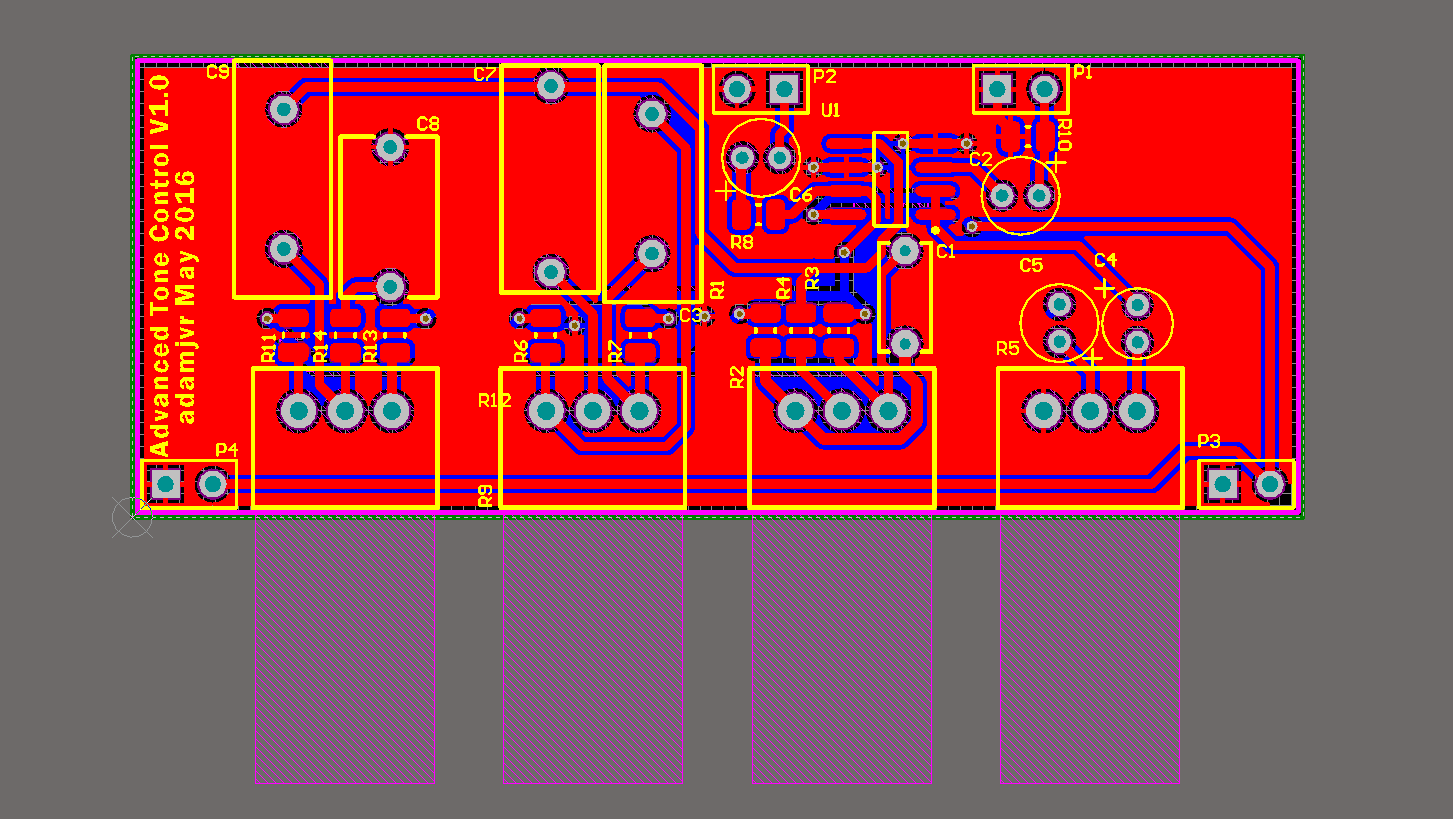 So the new project is a small mini one and its not even my idea, its just a really great idea/design that I found years ago. Its a guitar FX pedal power, input, output, wiring PCB that makes building and wiring custom analog guitar FX pedals easy. The user that originated the idea is mysticwhiskey on the madbean pedal forums, http://www.madbeanpedals.com/forum/index.php?topic=3308.0 . He used that design in his custom delay pedal build, I have been planning to make my own version of the PCB so I can have a bunch on hand for future builds, now is the time. Here is mystic whiskey;s design:

My design will be basically the same, he'll be credited on the PCB too ;), the only differences will be my component choices for the jacks, switches and other components. Stay tuned for more to come!!