Over the last week I have been trying several iterations and attempting to identify the form factor and composition for the common components needed.

The first design choice I finalized was in how to mount the coil. I first made a prototype with a Technic Bush that I sanded one end of to look like this 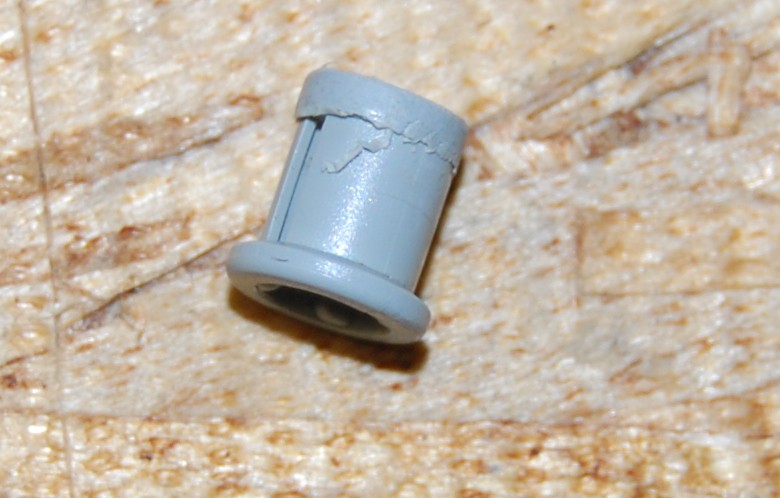 this can then be inserted into the bobbin to allow it to mount easily, i think if i were to do it this way again I would sand the other end. This would work if trying to make your own but since I didn't want to destroy all of my parts I used my CNC mill to make a part out of some maple and press fit it into the coil. I struggled with how I wanted the magnets to mount, I considered attaching to a 1x1 circle or making a custom part. In the end I decided on gluing a magnet to a Technic Bush like this 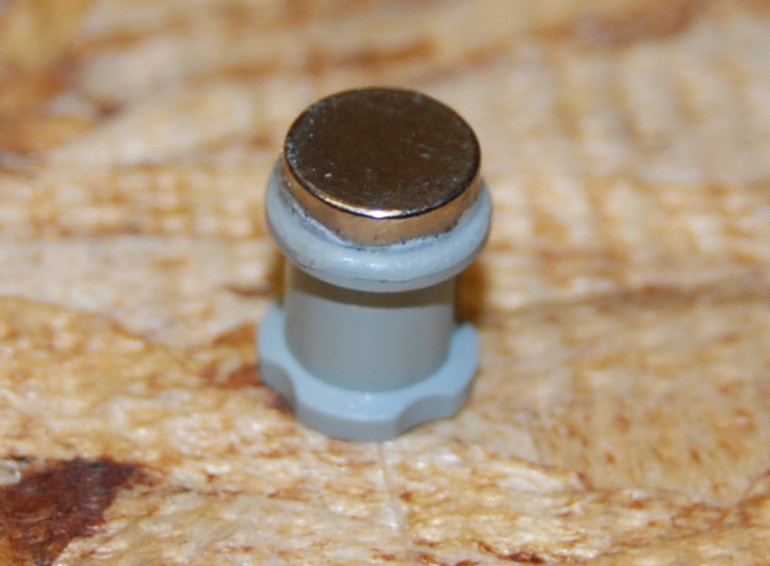 and then using a red version for the opposite polarity, this gives multiple mounting options and an easy way to identify polarity.

By having both parts mount in the same way I believe it will provide and better opportunity to demonstrate how they are two sides of the same thing, as well as providing reuse of more parts. 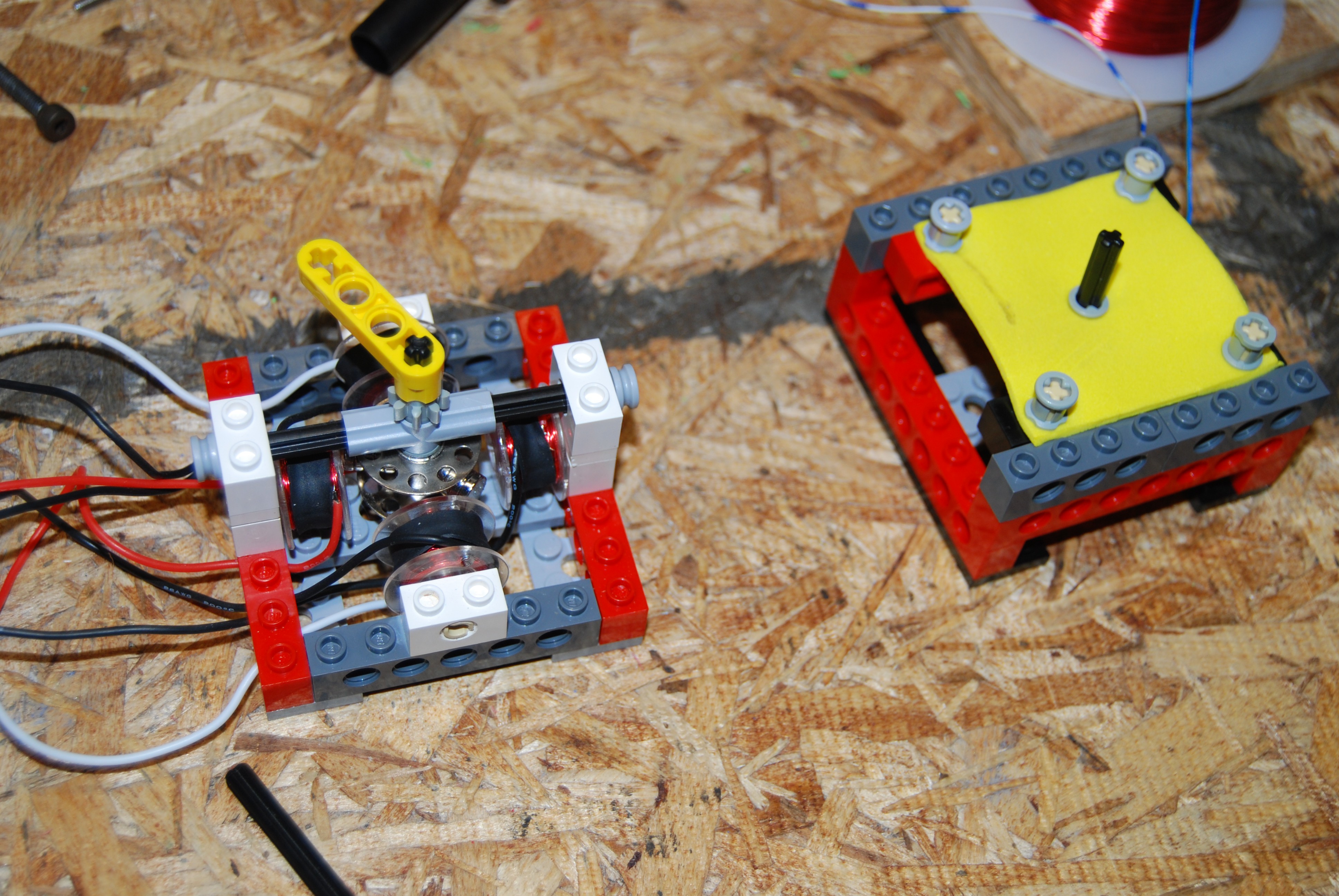 I am waiting on a Lego to improve the rotor and make it more stable without making a custom part that will allow me to use the magnets as built so I will have one more update on that with a video once I get that in and set up. You can also see an initial prototype for the speaker that works but I think I would like it to look more like a speaker and not require the foam piece if possible.

Overall some good progress, I would like to post in the next few days a detailed build for the coils.