Phase 1 Recap: Making a Part Larger Than Your Table

Learn how to operate your new CNC router by making a rocking horse, then learn a lot more by setting up for mass production.

This is a short log detailing my method to machine the rockers, which were much longer than the router table.

The biggest issue I faced with my machine is no Homing. So when I wanted to make a part longer than my router table, I had to ensure that the machine maintained its coordinates and didn't reset the home position during the whole process.

Although the full rocker wouldn't fit on the table, half the rocker easily did. I wrote my gcode file to cut half of the rocker at the centerline, so that I could flip the piece end-over-end and cut the other half of the rocker. The only thing I needed was an accurate way to flip it. I did this by writing a second gcode file that first drilled two holes, one on either side of the centerline of the rocker, that went all the way through the stock and into the scarfboard. I then used dowel pins in the holes to align the stock when I flipped it. Since I was cutting exactly half of a rocker, I could use the same gcode file for each side. In the image below its hard, but you can see the 1/8" drill holes (red arrows) used for indexing the board when I flipped it. 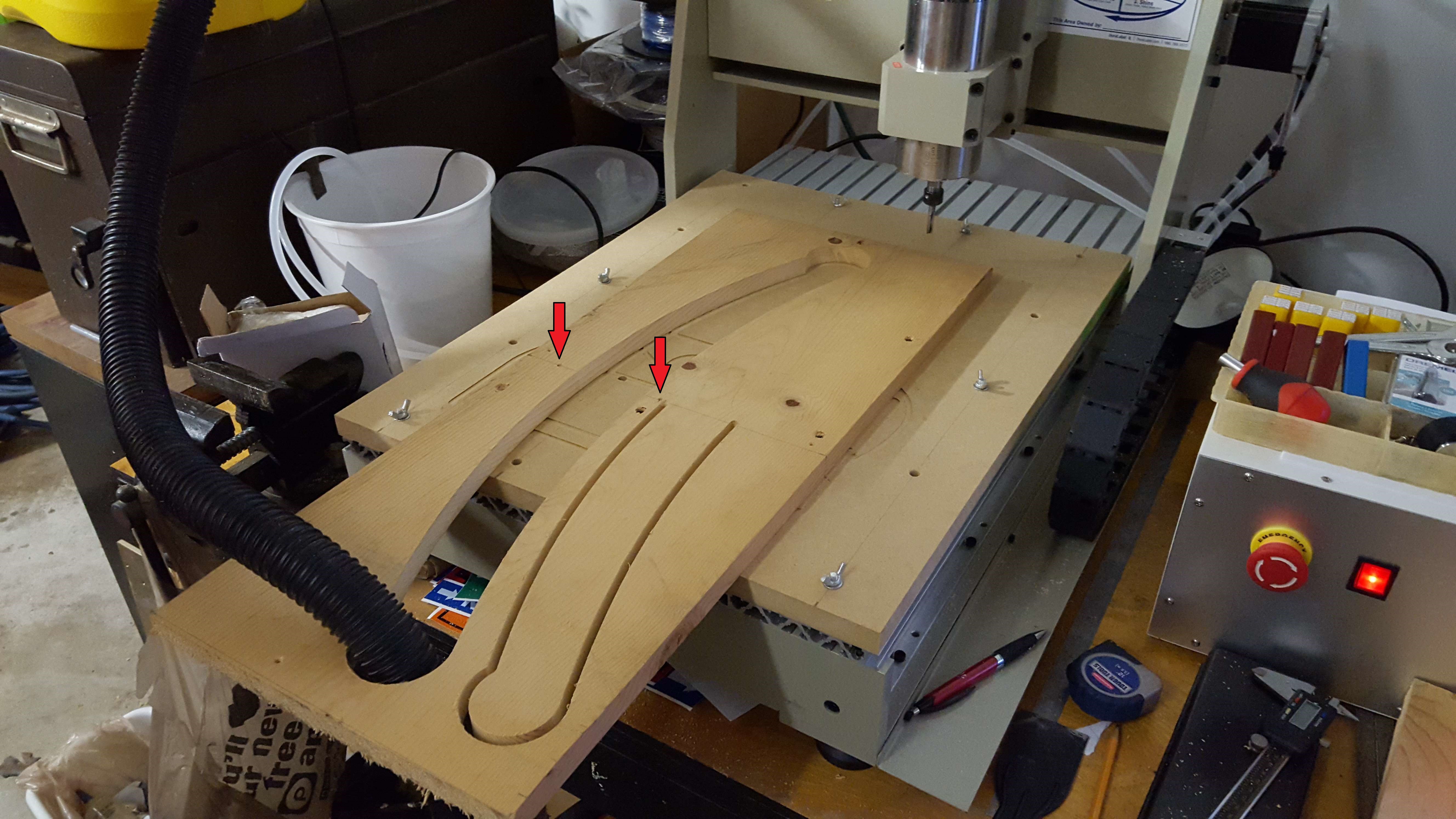 And here is the final cut: 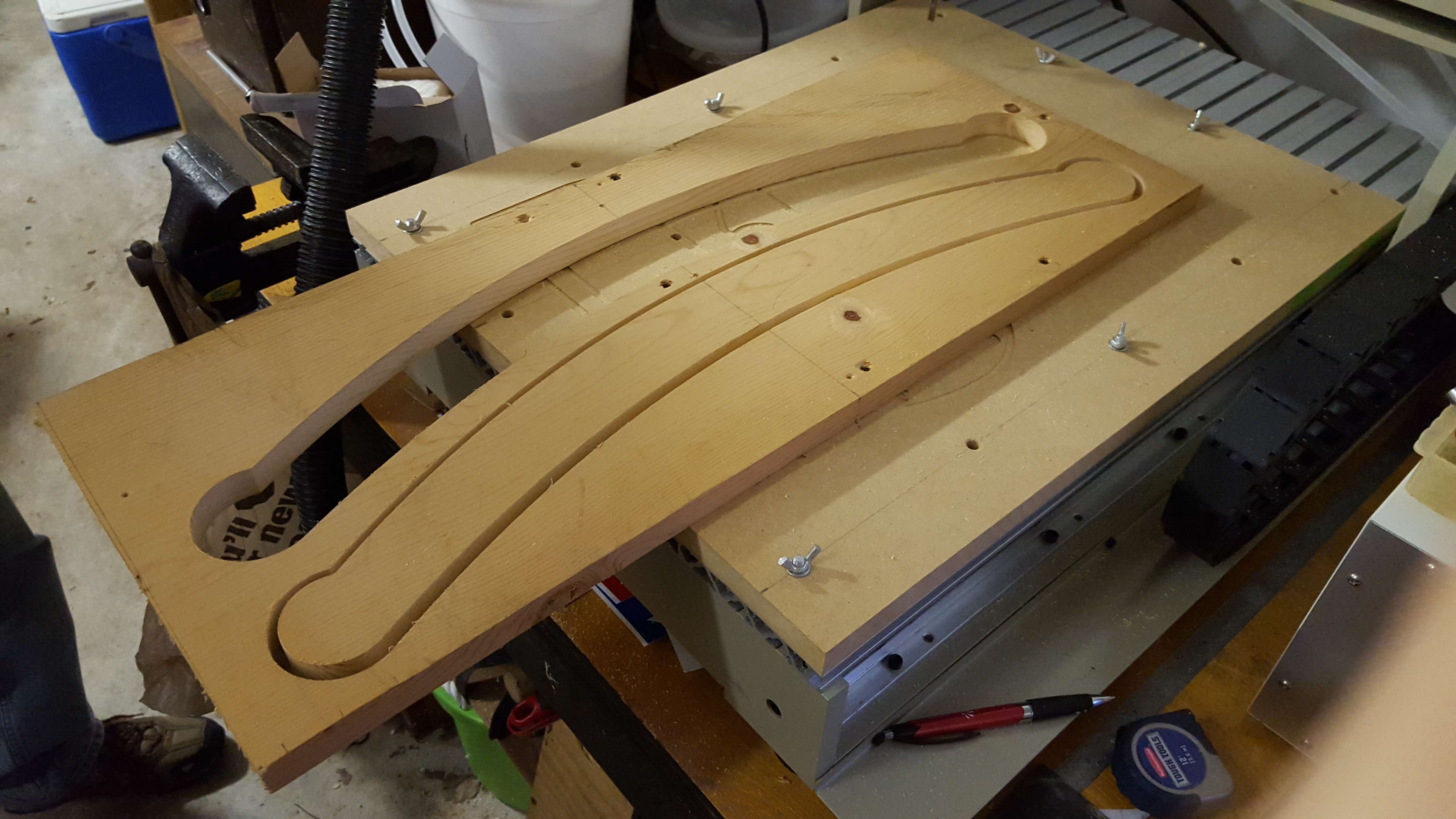 Since the rocker is shaped using only circles, cutting half of the rocker only required 4 lines of gcode for the tool path: one for the bottom surface, one for the fillet between the bottom and the end, one for the end, and one for the top. Adding gcode for the plunges and I was able to write the gcode for this part manually in a few minutes. I did have a major problem when I first wrote this code, however. I hand coded it then ran it using Camotics free simulation software. It looked great! Then when I loaded it in Mach3, the tool path visualization was completely wrong. It took me some research to find that gcode specifies relative arc center points by default, separate from the absolute (G90)/relative(G91) coordinate move setting. I was using absolute coordinate moves (G90) but Mach3 thought I wanted relative arc centers, so it was putting the arc centers in the wrong location.

I changed the gcode by putting in the relative center locations and everything worked great, then I discovered that I could have used G90.1 to switch to absolute IJK mode and not changed the gcode.