The main focus budget wise on this project is to keep the cost down as much as I can to build as many units as I can to have around the camp at night, so a £1 saved per unit can mean 5 or 6 more nodes.

That does mean that I need to treat my time as free though, as this is a passion project that none of the sponsor cash is being spent on person hours, its a fair traid off in my opinion.

That does mean though that I need to spens quite a bit of time making all of the units. One of the main things I've found that I would do differently if I had the budget and a fixed unit number to hit are the LEDs. I'm using 3 x 3w rgb leds for each node, this means I need to solder wires down the series chain and back to the plug that goes into the node. Doesn't sound like much but with a goal of 50 units that means 900 solder joints and 600 correctly cut lengths of tinned wires. Ideally I would have had a heatsink pcb made with the 3 leds in the correct spacing and series configuration to allow for alot less work.

But as it is I can save alot of cash by soldering these together by hand sat in front of netflix in the evening, while not the most fun job its going to be worth it, hopefully! 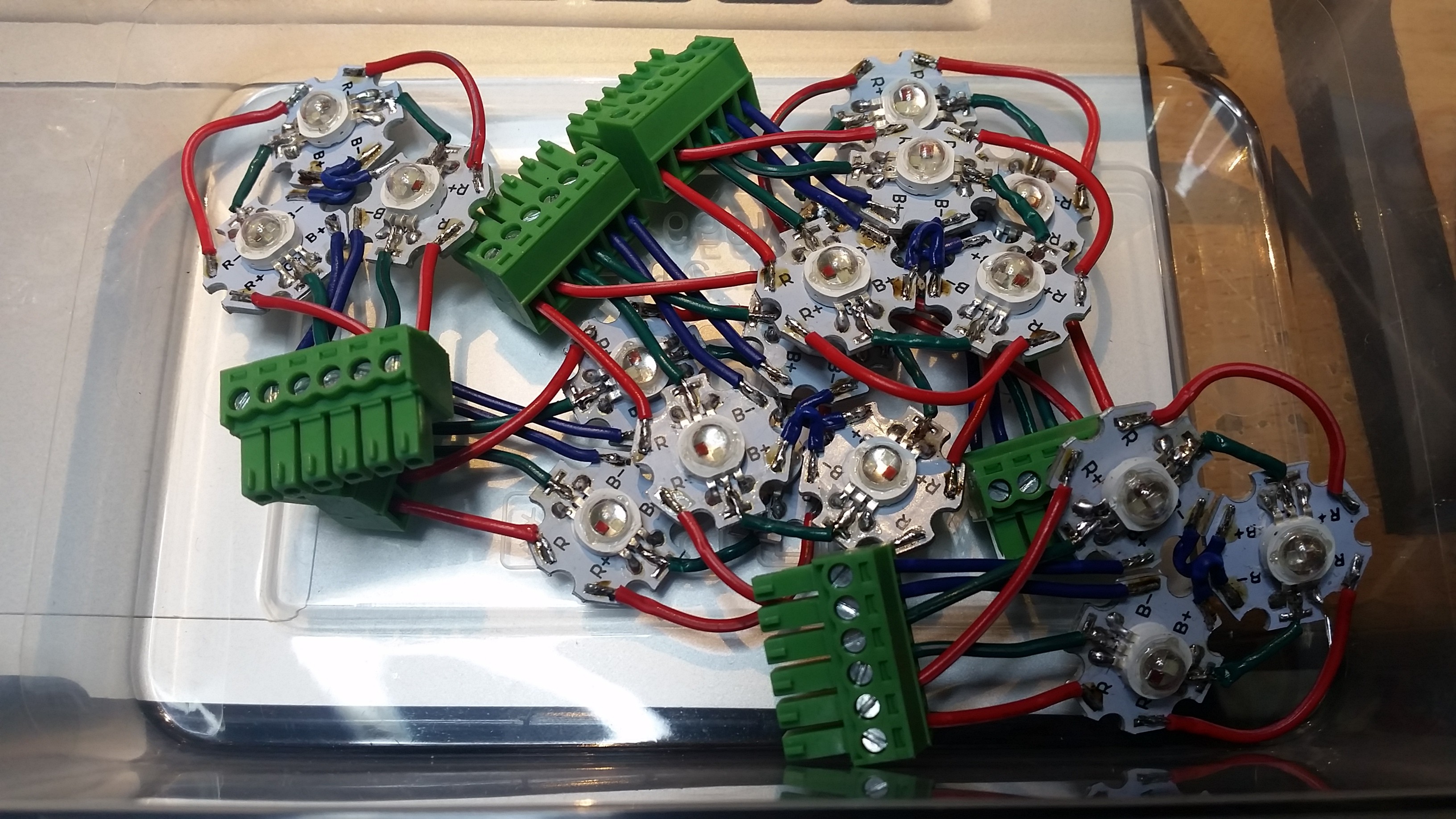 The trouble with JSON