The testing is done both in a dark room and inside an illuminated room. Although only images of the Luxmeter in lighted room is shown.

The maximum intensity found was around : 1210 lux. [Using the PEAK function of the luxmeter]

The values mostly fluctuated between 950 - 1140 lux when the lux meter was moved around the illumination areas. Additionally, to make sure we were on the right page, we used the lux meter to test on a hospital funduscope and it gave an Illuminance of 1450 - 1510 lux. 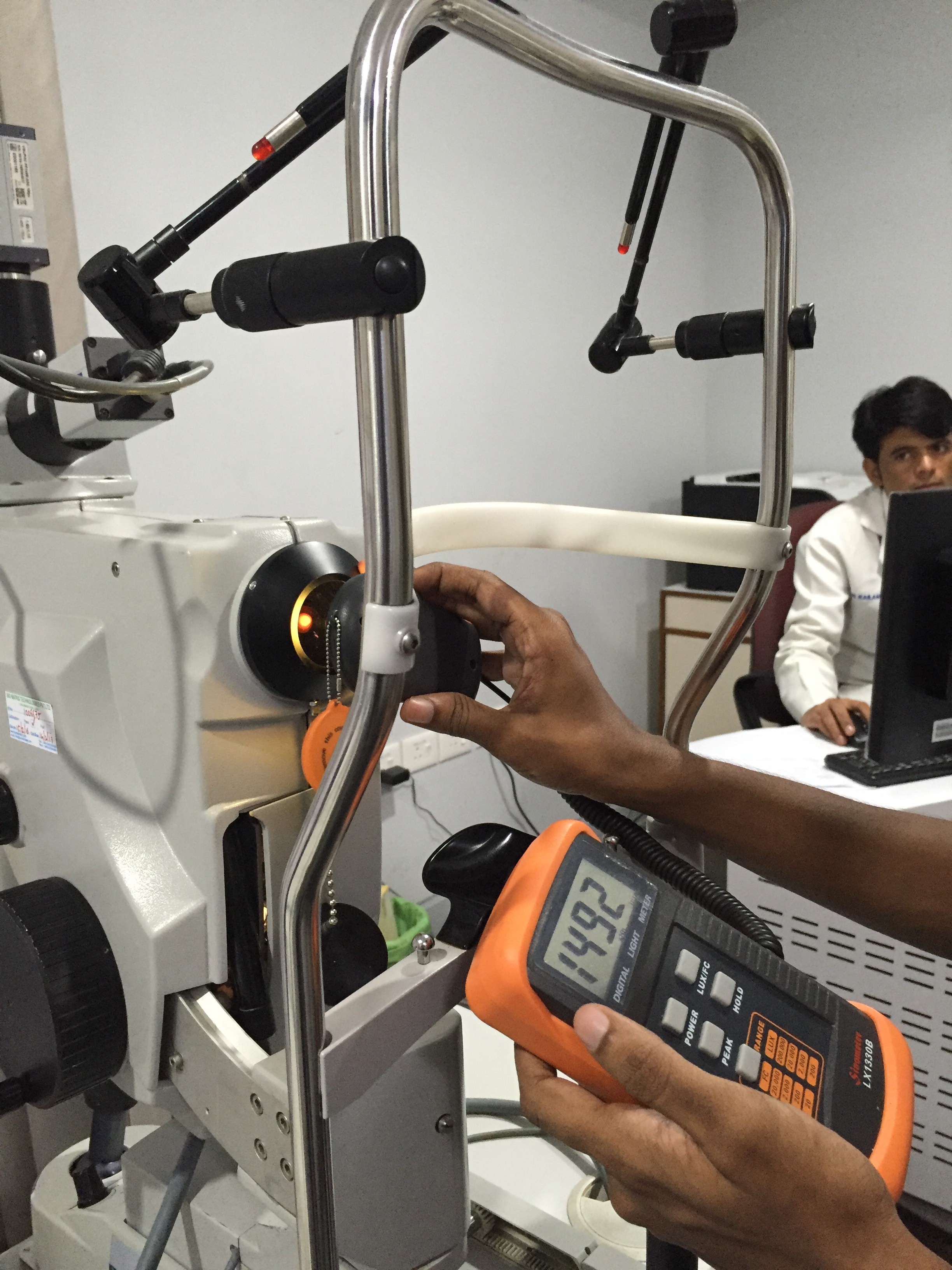 This established that the device is safe enough for use on human eyes. On comparison with ISO standards, we found that we were well within the limits of irradiation which can cause any form of retinal damage.