Squaring up the motor shaft

Our motor has a smooth shaft and there's no amount of force you could apply to a set screw to hold that thing in place under load. So we need to create some flat spots. There seem to be a few opinions out there on how to best do this....here is what we tried.

We ground down these flat spots for the set screws. 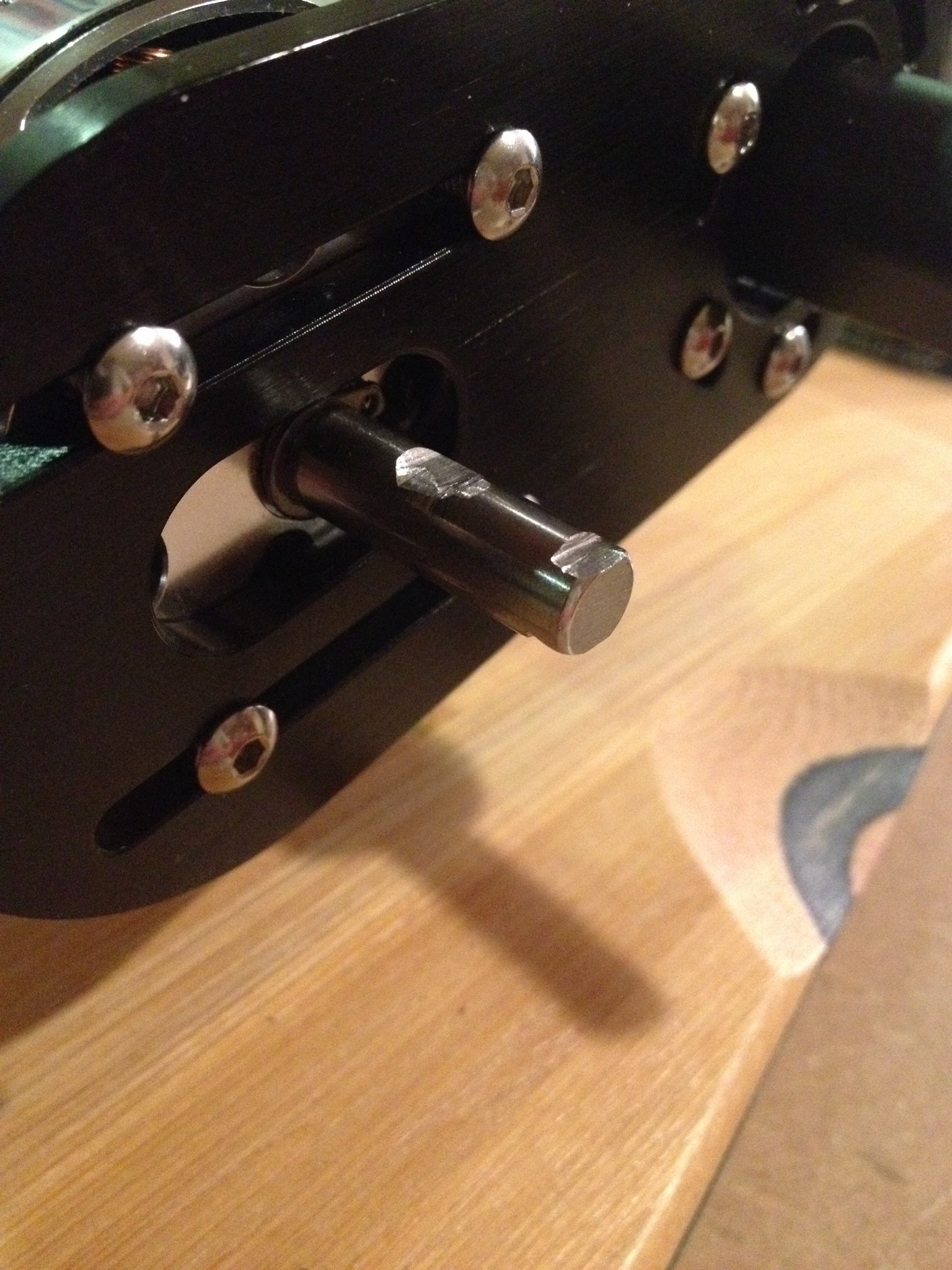 We figure out where to file the motor shaft, we first assembled the motor to the mount, placed the sprocket in position and tightened the set screws which made small marks in the shaft. We then removed the set screws, mount and sprocket and marked the small dents we just made with a permanent marker. Put the motor in a zip lock bag to prevent iron shavings from getting sucked into the motor with the shaft poking out. We used a dremmel with the wide sanding bit. The dremmel was fast, but it wasn't very controllable. The flat spots weren't very flat and consistent. I found using the edge of a file worked best...fairly flat and somewhat consistent. Won't really know how well this works until we can test it under load.

(update 7/4. It worked well and the set screws hold the sprocket under load, bud we've had to re-tighten the screws 1-2 times even though we're using lock-tight.)

I can't believe they make motors with smooth shafts. From a torque transfer point of view I can't imagine a worse cross-section. Probably settled on this because it's too hard to get everyone to agree on a standard. At least everyone seems to have agreed on a standard diameter.

(update 8/10/16 Yes, they do make a better motor with a profiled-shaft. The Enertion 190KV R-spec motor. We're using on our next longboard project. )