NRF and Attiny not playing well together

Can't go Nunchuck until the NRF and ATTINY play nice.

Our current NRF and Arduino Nano-based remote works well, but is big and clunky. 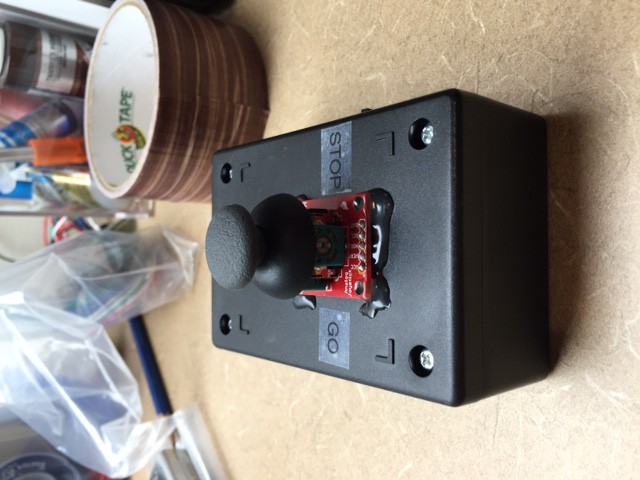 Before we can make a nice one inside a wiimote, we'll need to get the smaller and lower power ATTINY85 (or the larger ATTINY84 with more IO pins) working. 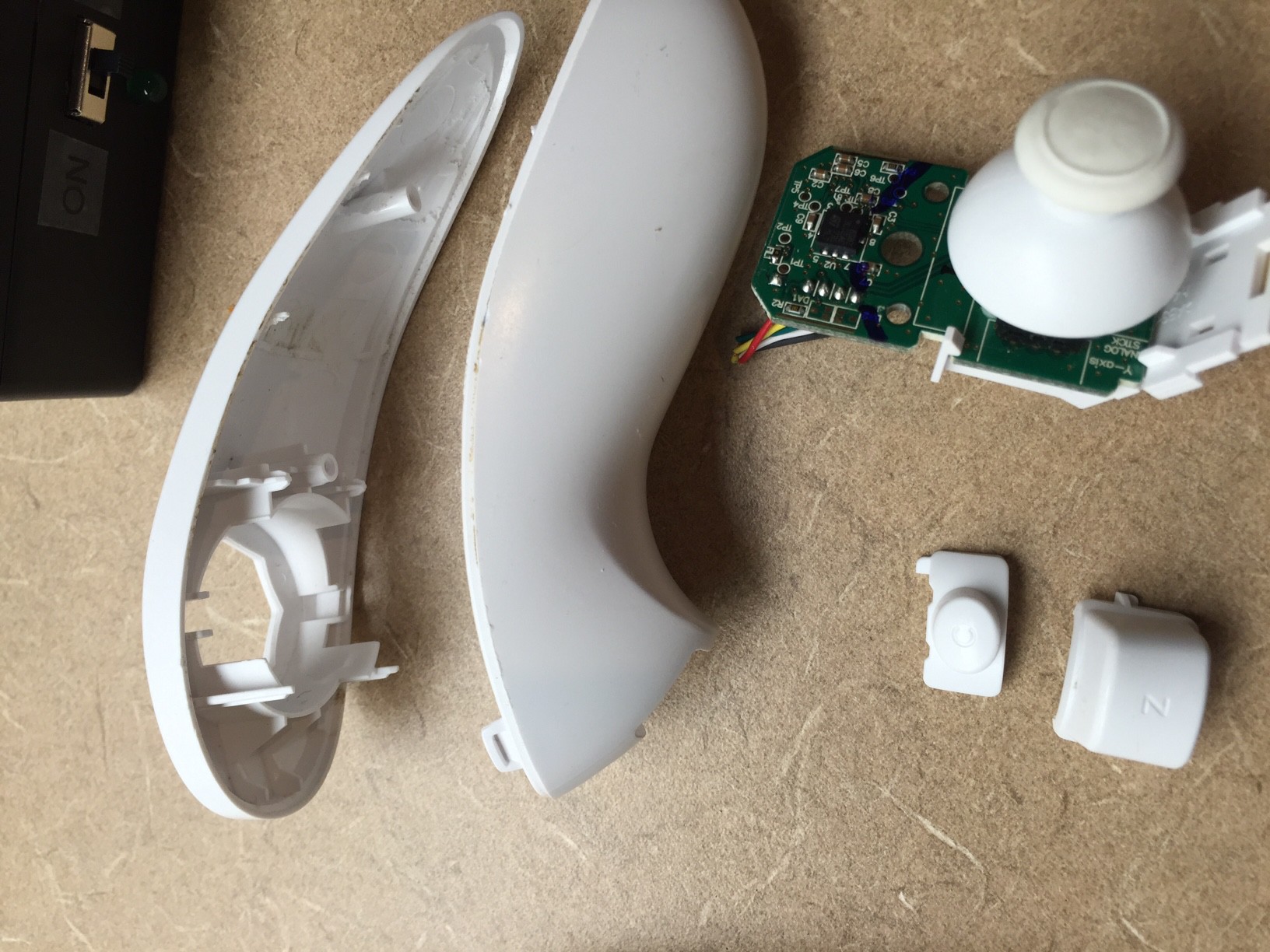 ATTINY / NRF is not working for us. We're trying everything we found online, including...

How do you know the Attiny's 8 mHz clock is working?

Run a simple blink sketch with a 1000ms delay using "Tools->Clock->8mHz" If the LED blinks every second, then the Tiny Clock is working at 8Mhz. If on the other hand, the LED blinks for 8 second and off for 8 seconds, then it is still running at 1mHz.

We're seeing a difference on the SPI Logic Analyzer between the Attiny and Arduino implementation. The numbers being passed are completely different and the SCK frequency is 4x slower with the ATTINY. The SPI protocol has the "master" control the SCK so that shouldn't be a problem...interesting though.

The following logic analyzer output (top row digital and again on the bottom row in analog) is showing a 1 mHz SCK frequency for the ATTINY and NRF combination. 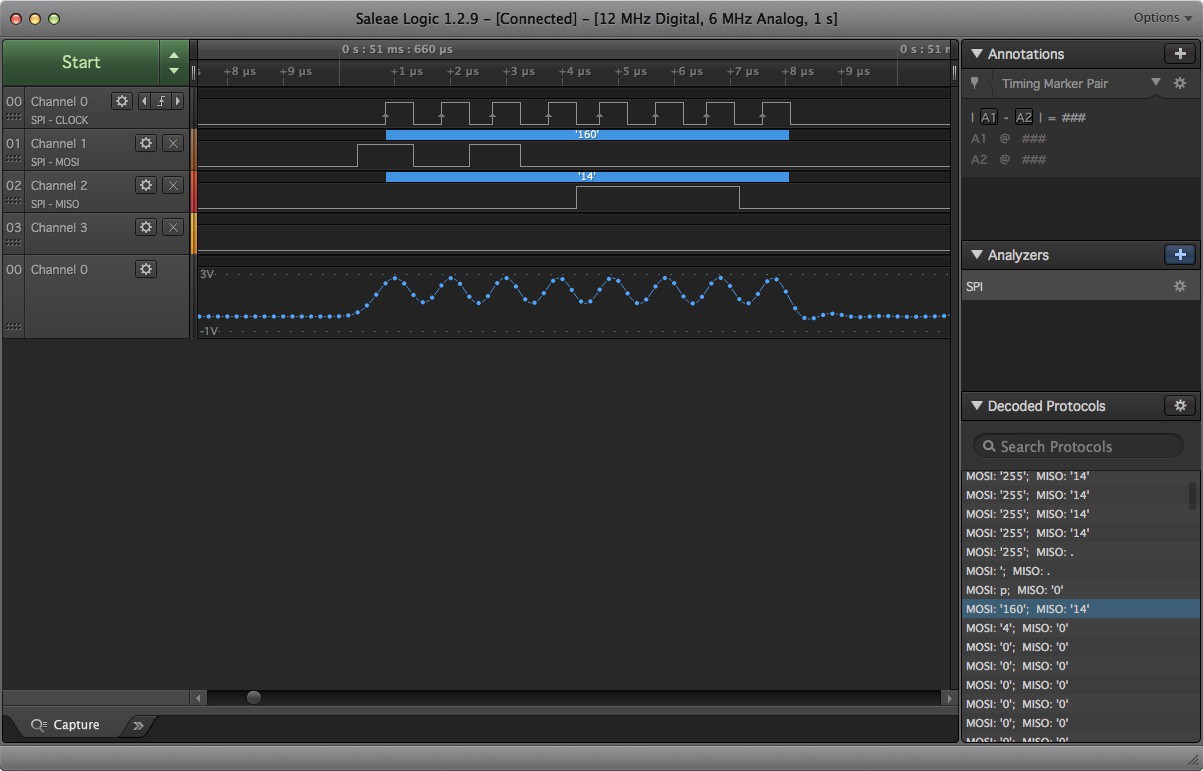 The following logic analyzer output is showing a 4 mHz SCK frequency for the Arduino and NRF combination. Interesting how the clock is now too fast for the Saleae's relatively slow ADC to pick up the transitions. (the bottom row doesn't match the top). 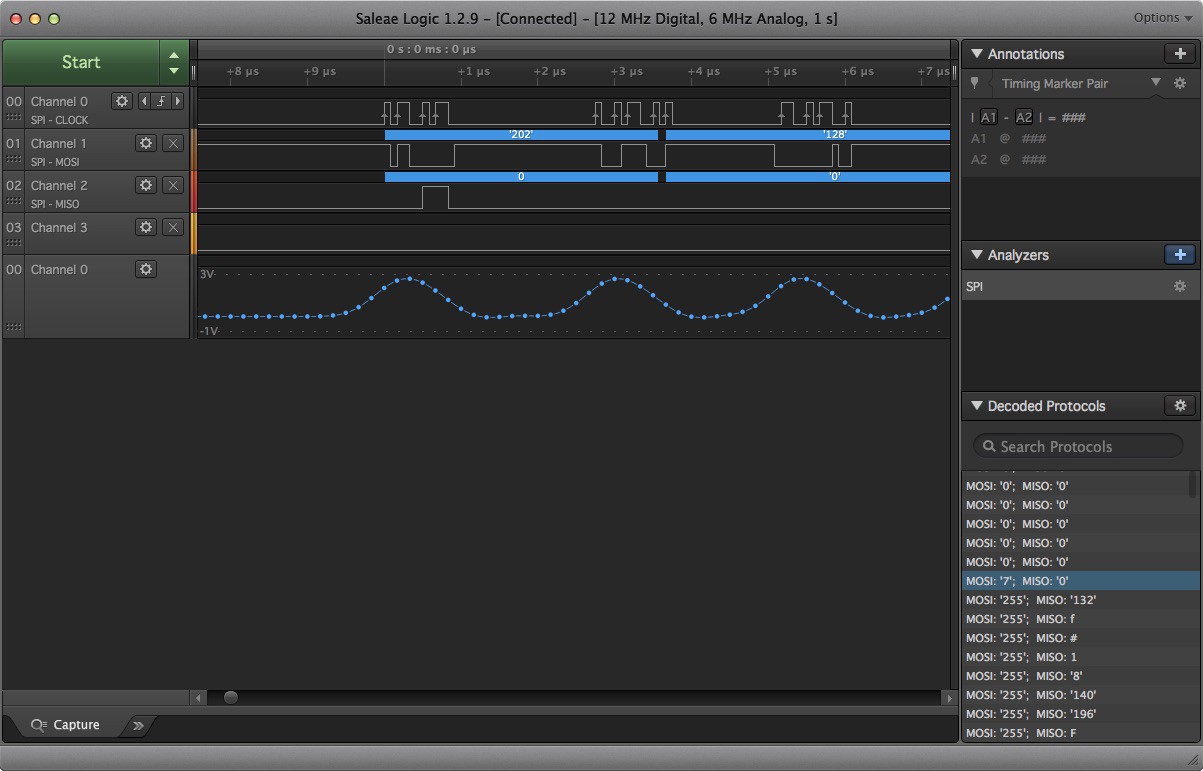 We're not taking advantage of this...mainly because all the pins are taken up by the NRF. Not sure, but maybe we can get software Serial.Print working on the ATTINY84 (which has many more IO pins)