Prolific authors/submitters and other tidbits

Perhaps unsurprisingly, arduino hacks are near the top of the list.

If you look at the most prolific authors you get:

Plotting the number of articles per week, segregated by the top ten authors, over time gives the following picture: 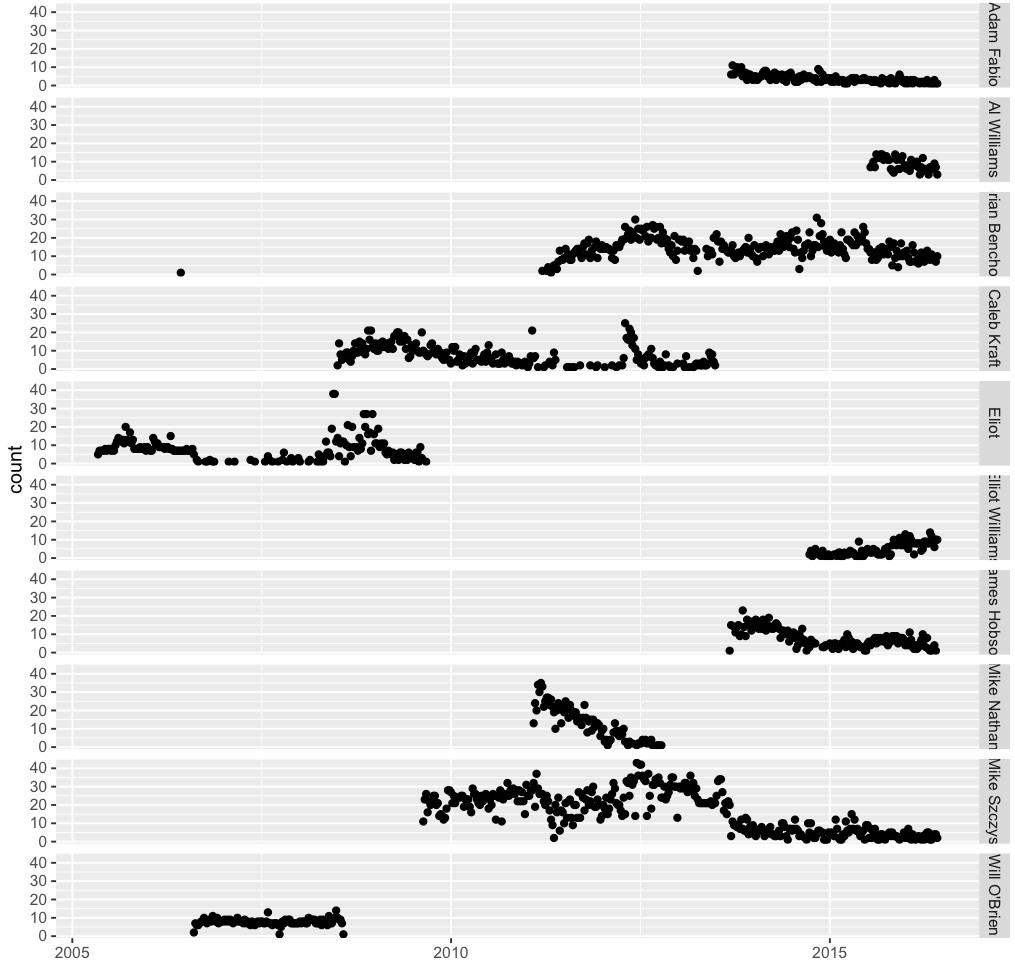 You can clearly see where submitters became active and when when they stopped. Brian had a early submission somewhere in 2006 before he joined HAD. Mike Szczys was active early and then starting tailing off around 2013-- other behind the scenes activities I imagine.