An Arduino/Raspberry Pi powered bartender that mixes drinks for you.

Our Arduino needs to control several components (actuators, pumps, drive motor, position switch) in order for the bartender to work, but there aren't enough pins on the board to individually control each of these components. We decided that shift registers would probably be the best way to control multiple outputs with only a couple of pins on the Arduino. I spent some time explaining how shift registers work and where they would fit into our schematic. 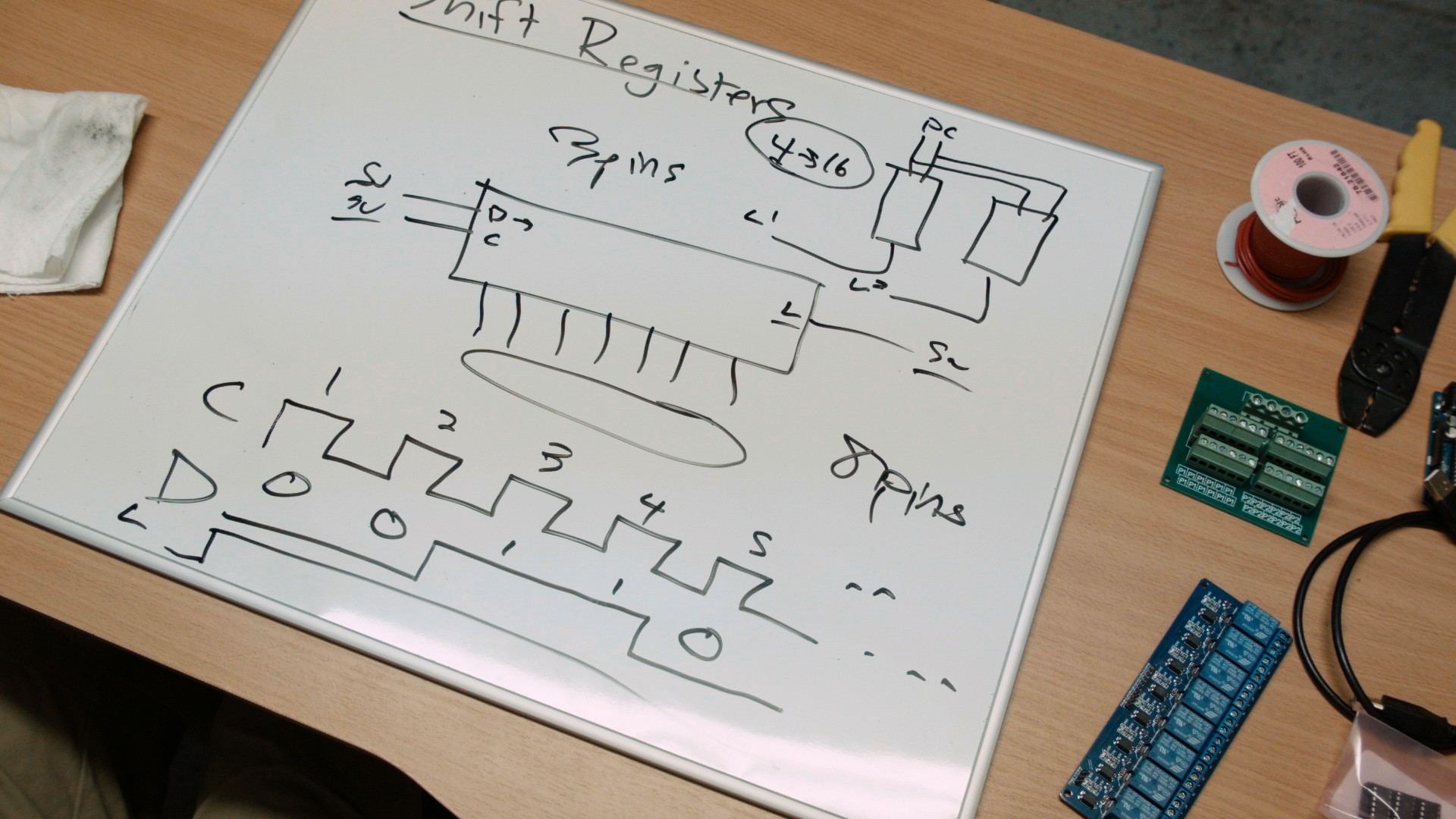 I also laid out all of my electronics and used the whiteboard to draw a mock diagram of how the components interface with each other. 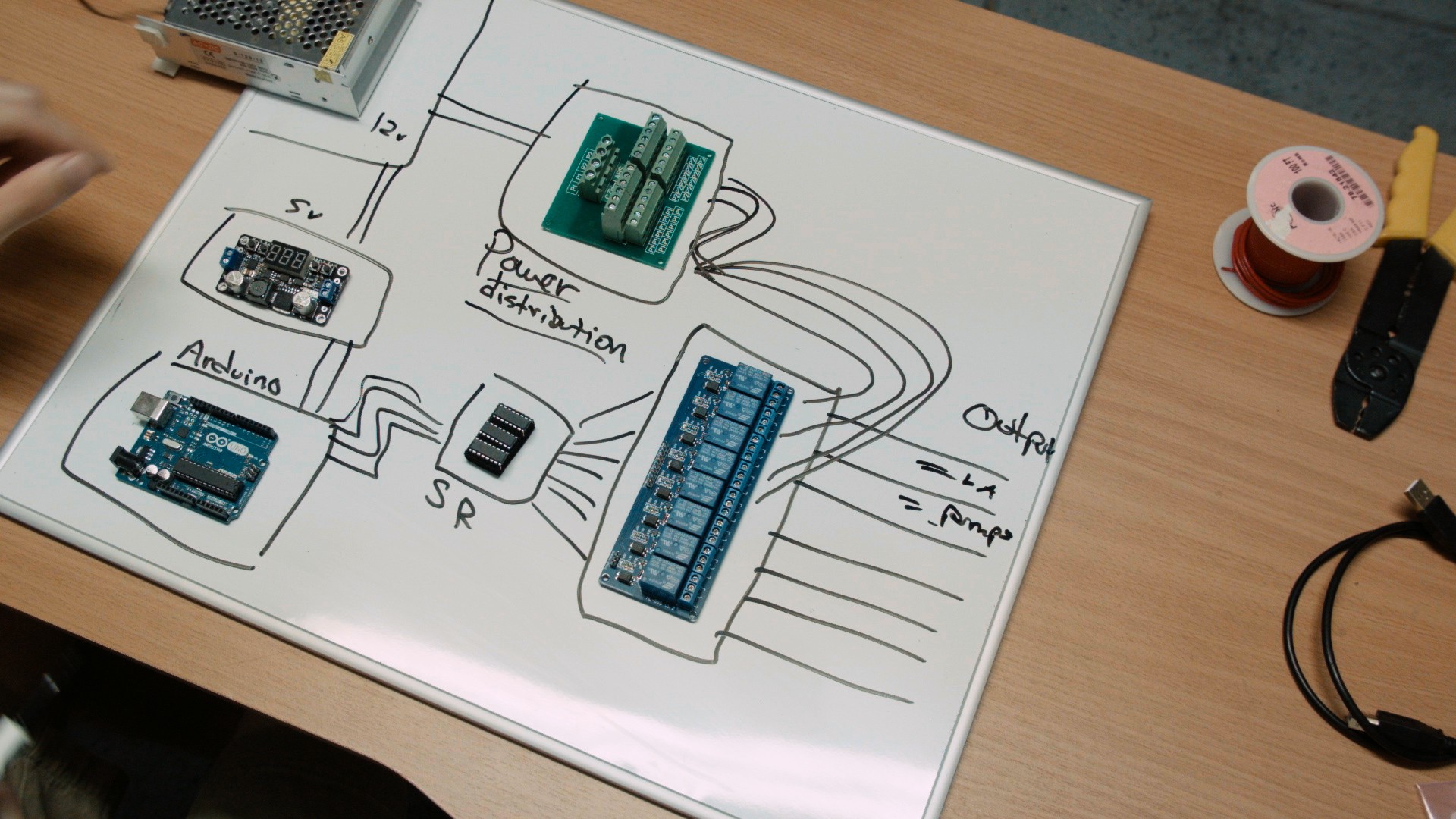 I wrote a sample Arduino program that tested the shift registers and began wiring the components together. These components were then tested with the linear actuators on the bartender. 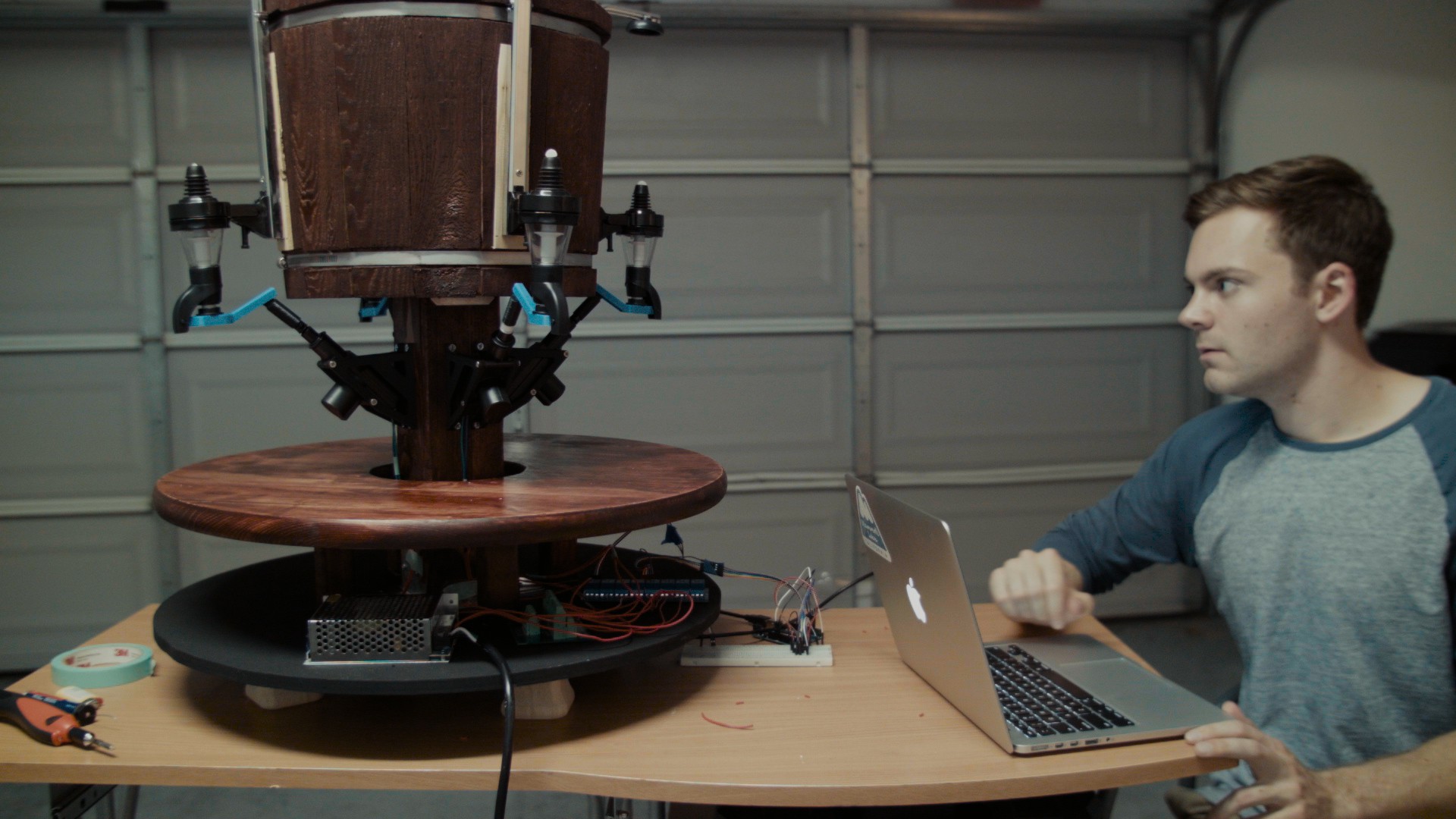 Finally, Davis modeled and printed some more parts for the linear actuators that sit on the corner of the support post. They extend a bit further out than the other actuator brackets, so we also printed a some smaller extension pieces for the dispenser lever. 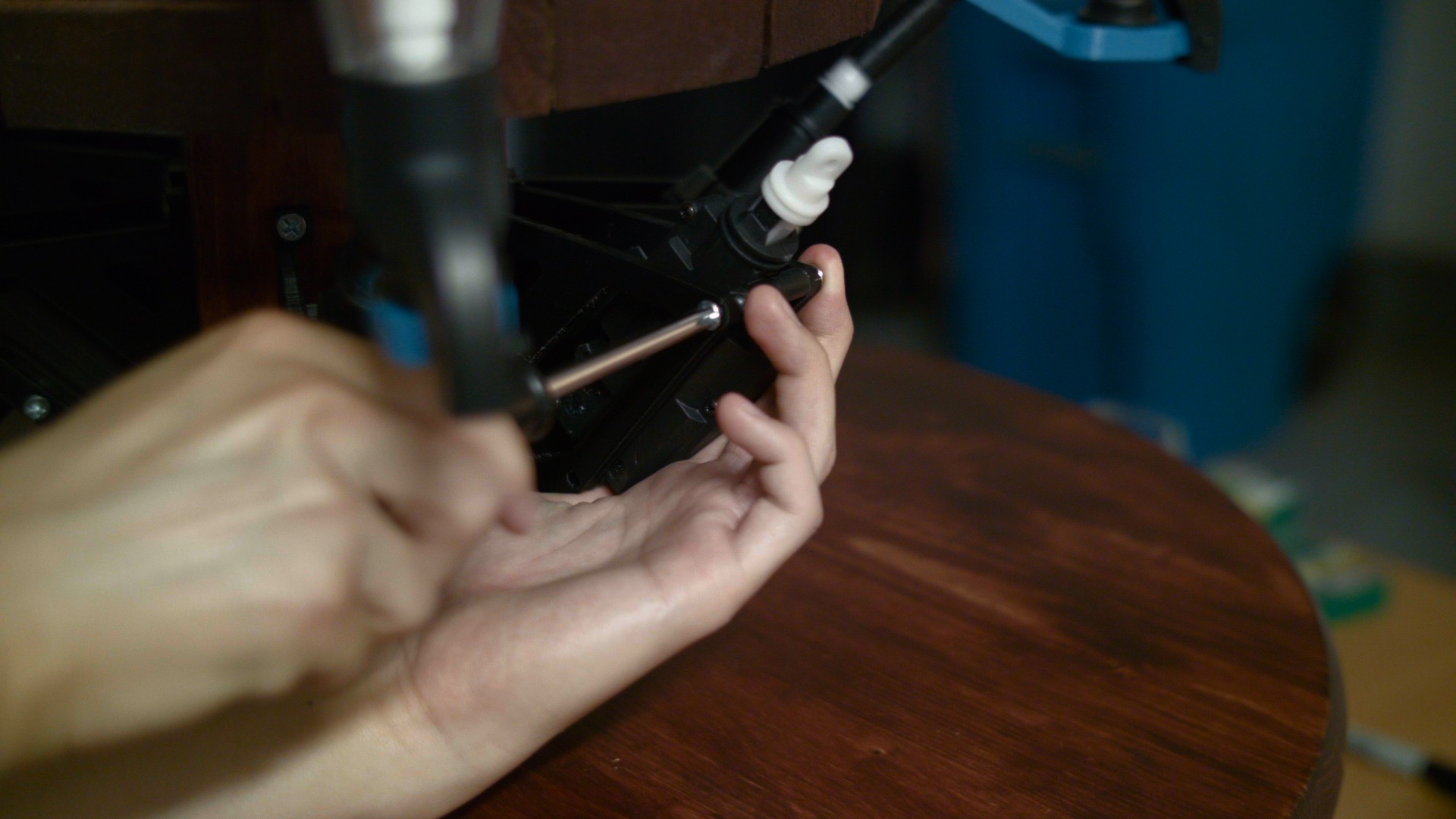