Controller Board fixes and v0.2

Over the past weeks I have been working with the board mentioned in the previous log. Unfortunately it didn't work 100% correctly (as expected with my talent). 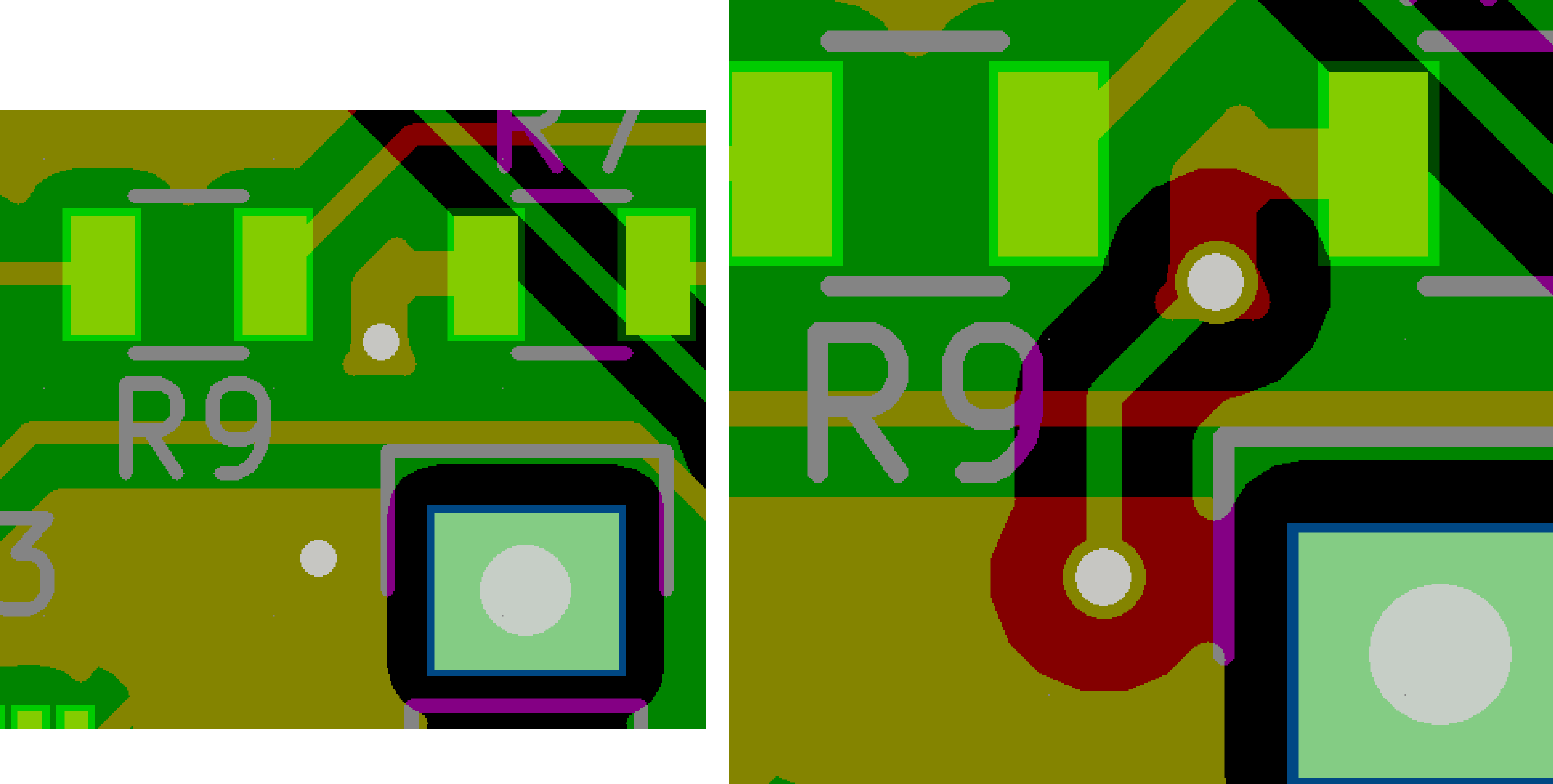 First there was the minor problem of the VCC rail directly shorted to ground. As you can see on the right the DRC didn't notice that the back copper fill hadn't been recently done. Thanks KiCad. Luckily I didn't ruin any components and the battery was connected to a diode. I was able to fix the board by destroying the trace with a razor blade. I also cut a trace from the ATSAMD21 to the esp8266, so the ATSAMD21 is unable to reset the esp8266 automatically. This is okay for testing purposes.

With that out of the way, I ran some basic tests.

I corrected all the mistakes mentioned above, including switching the 3.3v regulator to AP2112K-3.3. Doesn't provide quite as much current output but should be fine. I also replaced the two pin battery connector with a JST connector. The scematic and board render are below, and the design files are on Github, so if you see any more stupid mistakes be sure to let me know. 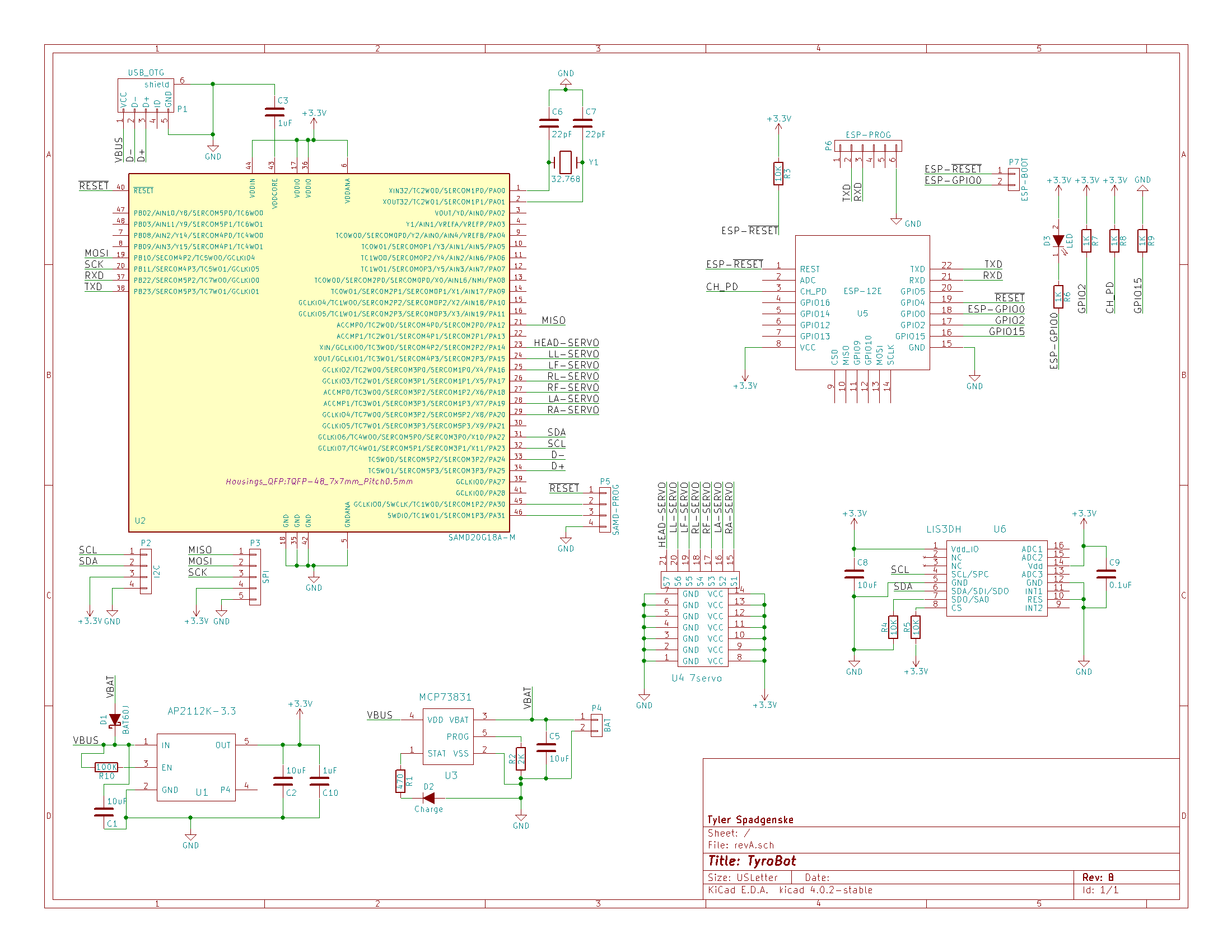 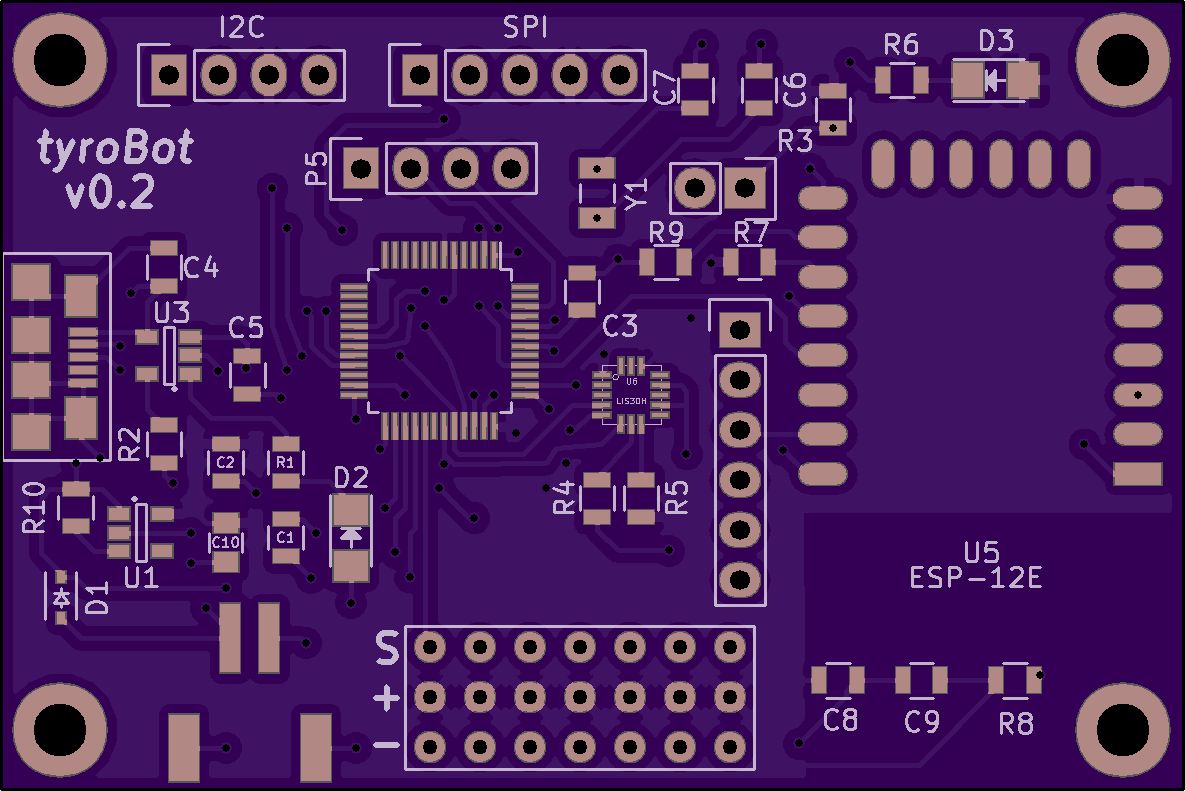 While I am waiting for the new boards, I hope to get the 3D models in working order running off a ATMEGA328 so I am not wasting time waiting for parts.

Prototype Complete (well not quite)

No component on the robot requires 5V, so I am going to try and avoid the use of a boost regulator. It may be necessary though to take full advantage of the batteries capacity, albeit at a current loss.