Up till now the work on Goliath has concentrated the drive train and the structure. The controls were put on the back burner until the other design problems were addressed. The other items aren't done, but the project has progressed to the point that having a control system would be helpful.

When Goliath was originally conceived three years ago, the default control scheme was to use vanes underneath the rotors to direct the airflow for control. This was chosen because it was the simplest hardware setup to implement and it's been demonstrated to work for hovercraft. Back in October I started doing some basic calculations to size the control vanes and determine the required servo sizes. Turns out assuming that if it works for a hovercraft, it'll work for Goliath was a bad assumption.

The issue with using vanes is the rotor downwash velocity. Goliath has a similar amount of horsepower as a hovercraft, but instead of 1 fan, there are 4 rotors, so the power per area is reduced by a factor of 4. Additionally the equation for the force generated by a vane is:

So if the downwash is reduced by a factor of 2, the force created by the vane is decreased by a factor of four. The end result is that at full thrust, a single vane would have generated only two pounds of force. Which would be grossly inadequate. More force can be generated using multiple vanes in parallel, but the forces would still be low.

I was discussing this issue with @Benchoff at the OSHW summit, and he suggested using grid fins instead. Doing some back of the envelope calculations show that grid fins should generate enough force. The downside is that the the grid fins have much higher drag, which would reduce the payload or flight time.

However, it's been three years and I really want to see Goliath fly, so I've decided to start building both grid fins and a variable pitch rotor. If I pick one scheme and it doesn't work, then it'll be that much longer before it can fly. So I'll incrementally develop both and see which one works out better.

The grid fins I'll document as part of Goliath as they are relatively straight forward. I have sourced some material to create the fins. The fins will be made from aluminum louvers for florescent lighting. It was difficult finding sheets big enough to make a 36" disc from, but I finally found some 4'x4' sheets (shown below). 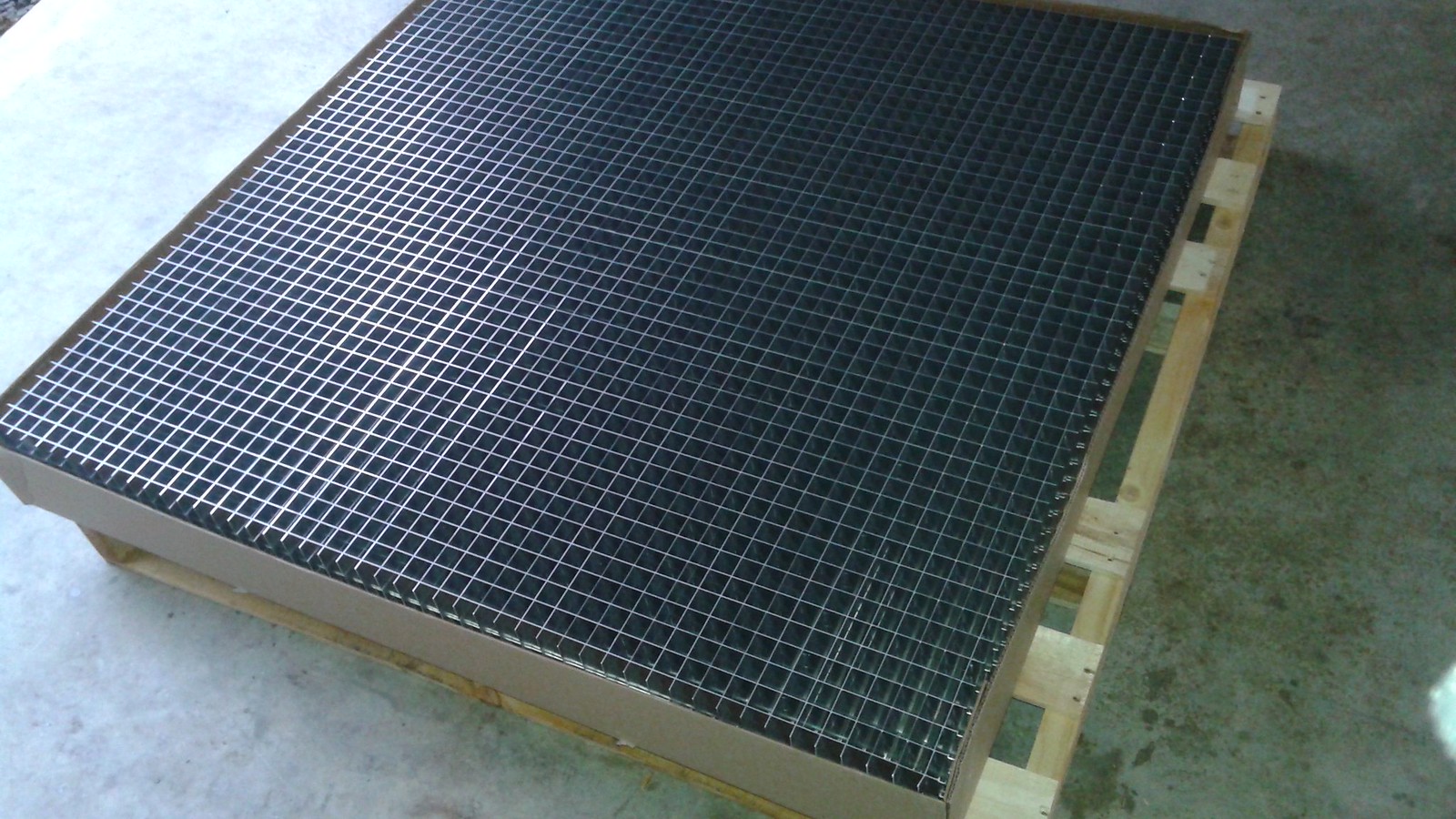 The next step will be cutting out a test disc and placing it under a rotor to determine the control forces generated.

The variable pitch rotors are a different story. I had decided not to pursue this until I came across some research that made me realize that it may be possible to create an electrically actuated variable pitch rotor with the servos contained inside the rotor hub.

I've created a separate project, #EVPR: Electric Variable Pitch Rotor, and I'll be documenting the progress there. I'll be populating more of the design details there, be sure to follow the project if you're interested and want to get updates. Additionally, I think that the project can be useful for other multi-rotors and even conventional aircraft, so I'm entering #EVPR: Electric Variable Pitch Rotor in the 2017 Hackaday Prize. If you think it's worthwhile, but sure to give it a like.