Today I started working on the first prototype for the laser set-up. Previously, I had tried to make a laser show out of bass speakers. However, I found that the bass speakers that I had did not allow me the range of motion that I wanted.

A picture of the bass speaker set up that I chose not to use: So, I instead decided to rig up a laser show out of servos. Starting simple, I only used one servo, meaning only one degree of freedom.

My laser set up:

Using a servo motor (I started with the continuous rotation, then moved on to the stepper) and an Arduino Uno, I connected the two so that the servo moved in an angle of about 40 degrees, paused for a second, then returned. I found that the stepper motor was best for this (not the continuous rotation) because it allowed me to plug the desired angle right into the code. By connecting a mirror onto the servo, I could shine a laser onto the servo, reflect it onto a screen, and move the laser beam by controlling the movement of the servo. Additionally, through the Arduino, I could turn on and off the laser easily.

Below is a picture of the set up: 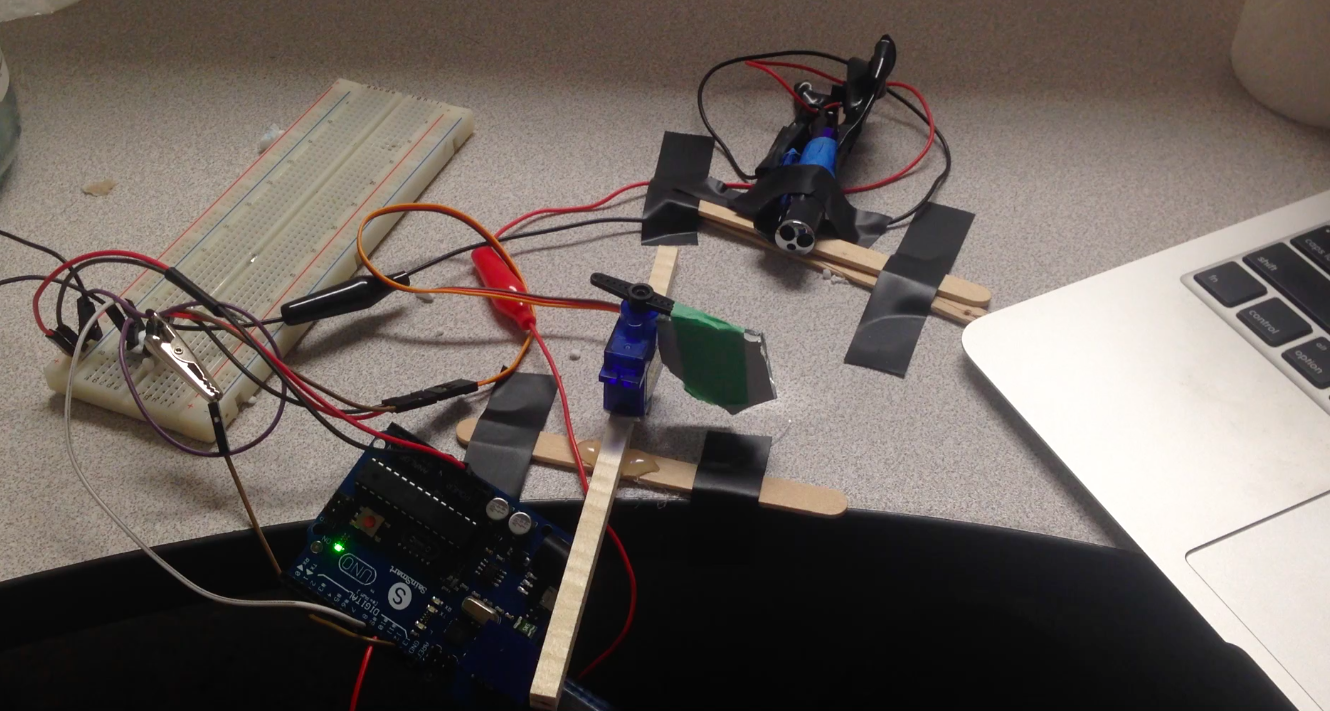 The servo and the laser are both connected to the breadboard, and then to the Arduino.

Here is the code I used to power the laser and servo:

After I got the servo and laser working, it looked like this:

The problems with this set up are that the servo is a little unstable, meaning the laser beam is quite jerky when it moves. Maybe this does not matter to the dragonfly TSDNs. I will see. The next step, trying to find some way to record on the computer when the laser turns on and when it turns off!

Connecting the laser to the Spikerbox