The road to v2 - Schematic 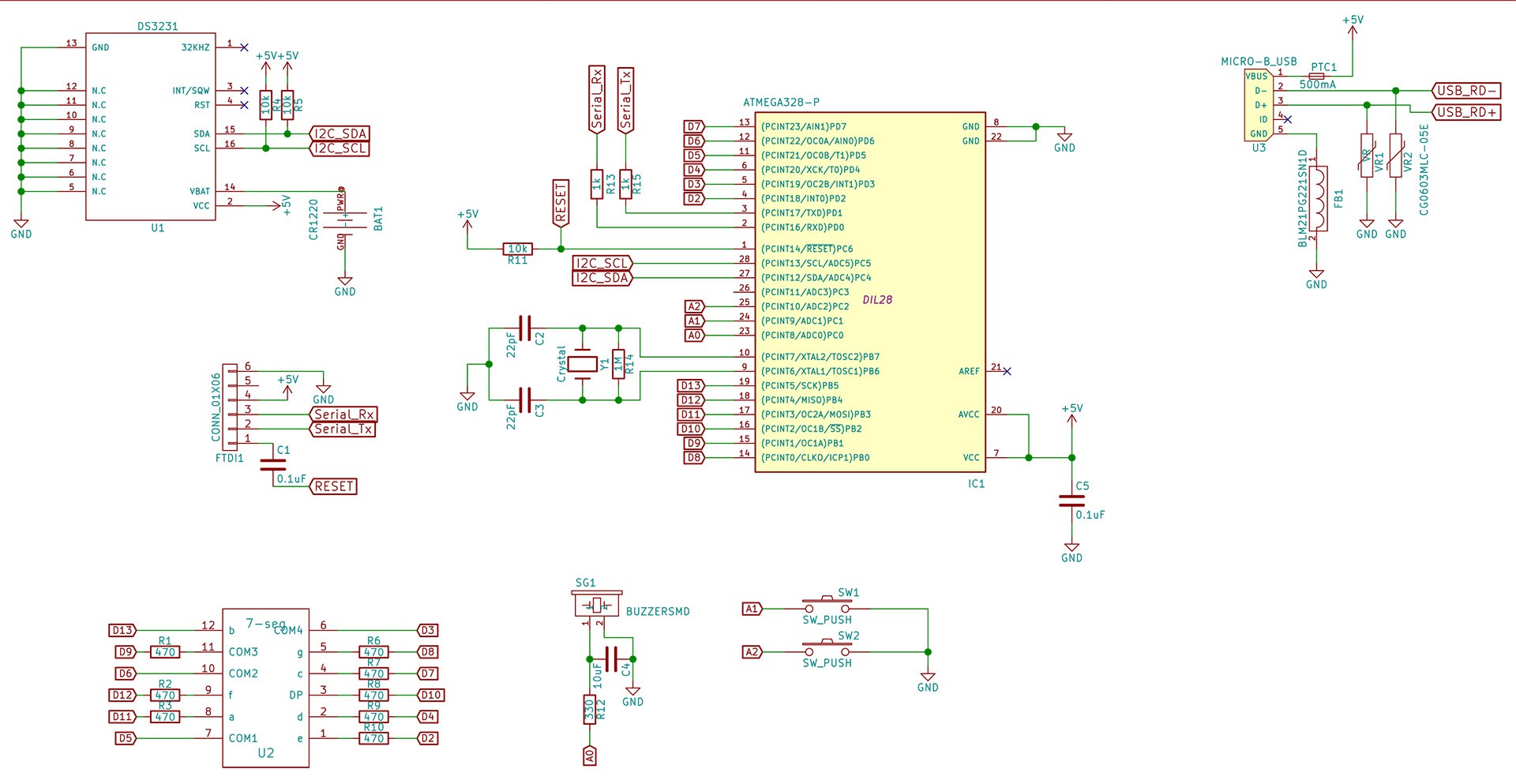 So, since the first prototype is working (it's been on my desk powered by a USB port from my PC for the last 2 months), I've taken steps towards v2 by designing the schematic in KiCAD. Given I'm no electrical engineer this has been quite fun, resulting in many many Youtube videos being watched in the process.

In any case, the new schematic is a far cry from the breakouts linked together with wire on v1. The new version includes a plain old 7-segment display, a plain old DS3231 (it has an internal oscillator so it's not affected by temperature) and a bare-bones Arduino setup based on the ATMEGA328P-PU (I just love the big package version, it looks so old-school). For programming I've included an FTDI header to connect my programmer to, thus skipping all that mucking about with a built-in programming chip that just sits on the board drawing power for no reason 99% of the time.

Once the parts get here, I will make a new breadboard version with through-hole passives to make sure it all works. I also have to re-write a big chunk of the code to handle the multiplexing of the display without the i2c chip led controller.

I've added the PDF schematic and the KiCAD files so anyone interested can take a look and hopefully let me know if I've goofed up anything :)