There should be very little latency with this setup because I am not doing digital transmission here like using WiFi or similar wireless protocol.

To check the latency of RPi FPV system I set up the Raspberry pi with a camera pointing at my computer and had a phone ready to take a picture. On my computer I started an online timer and captured a few photos to see how long it took for the whole setup to display the captured timer.

Here are some of the latencies encountered: 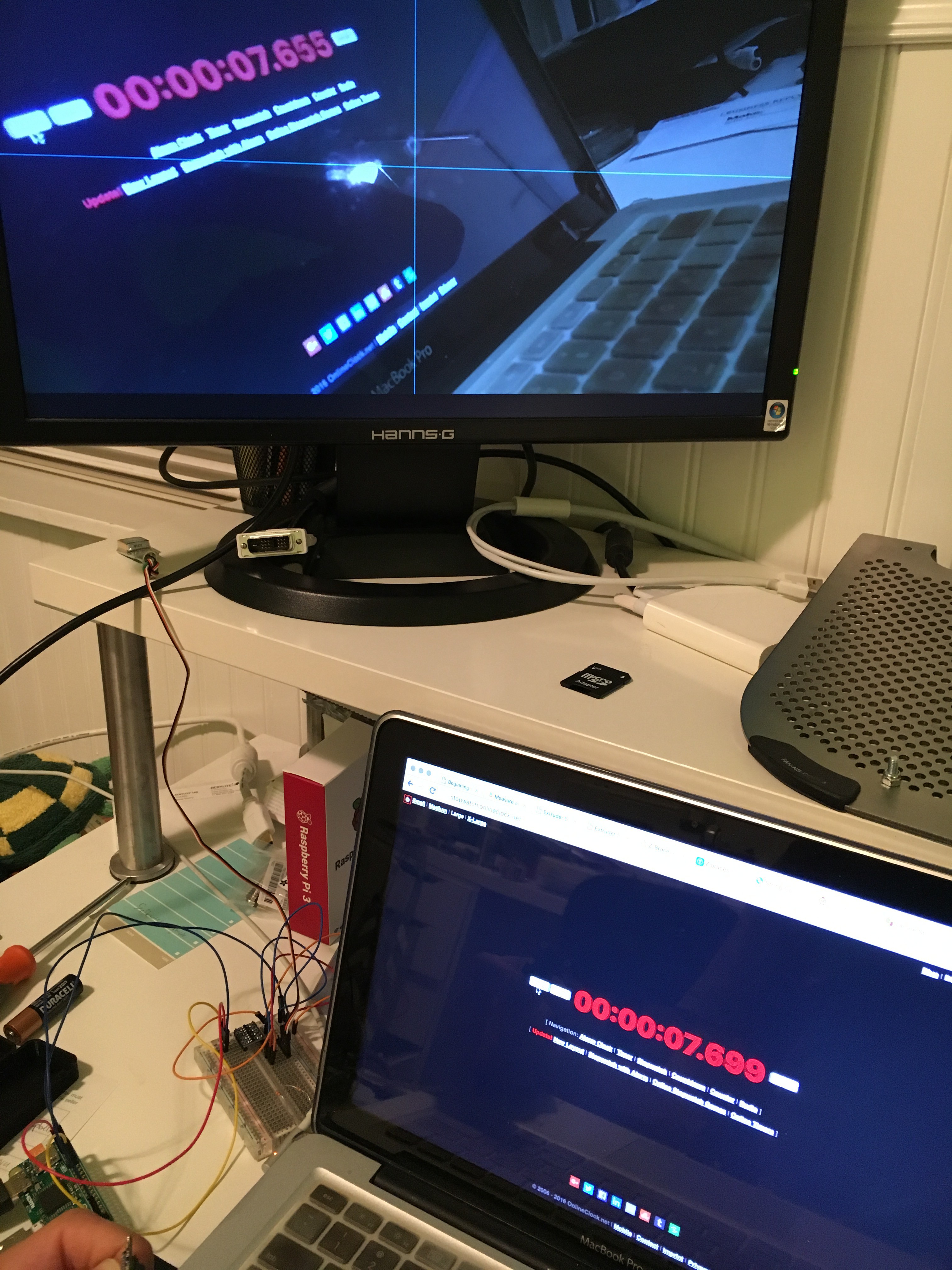 From a few other tests and from these images I was able to figure out that the delay was 8-60 milliseconds while recording video on Raspberry Pi. In my opinion that is good enough to fly a drone at low speeds and still be able to respond on time to avoid obstacles.

Getting overlay to work while recording