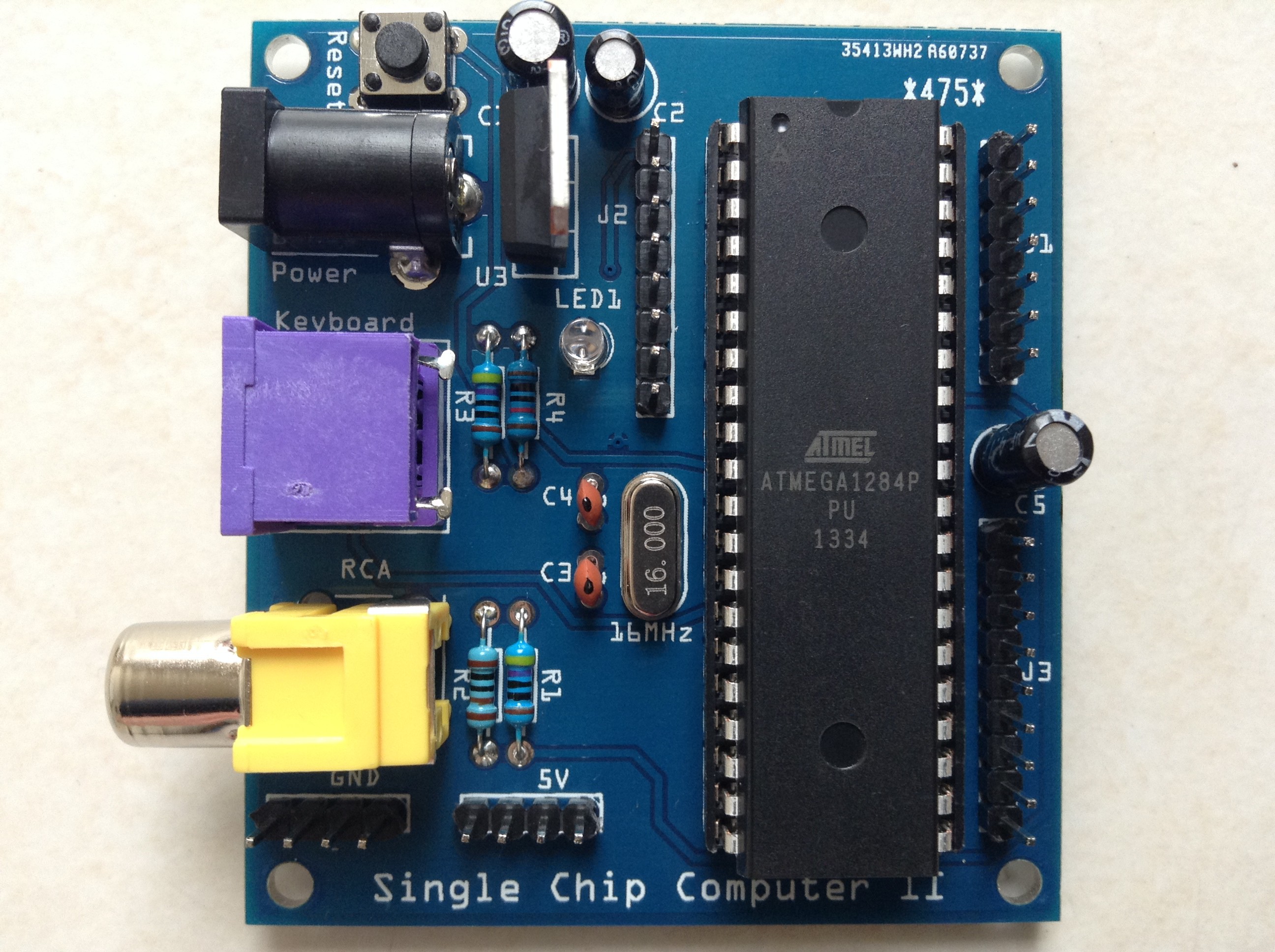 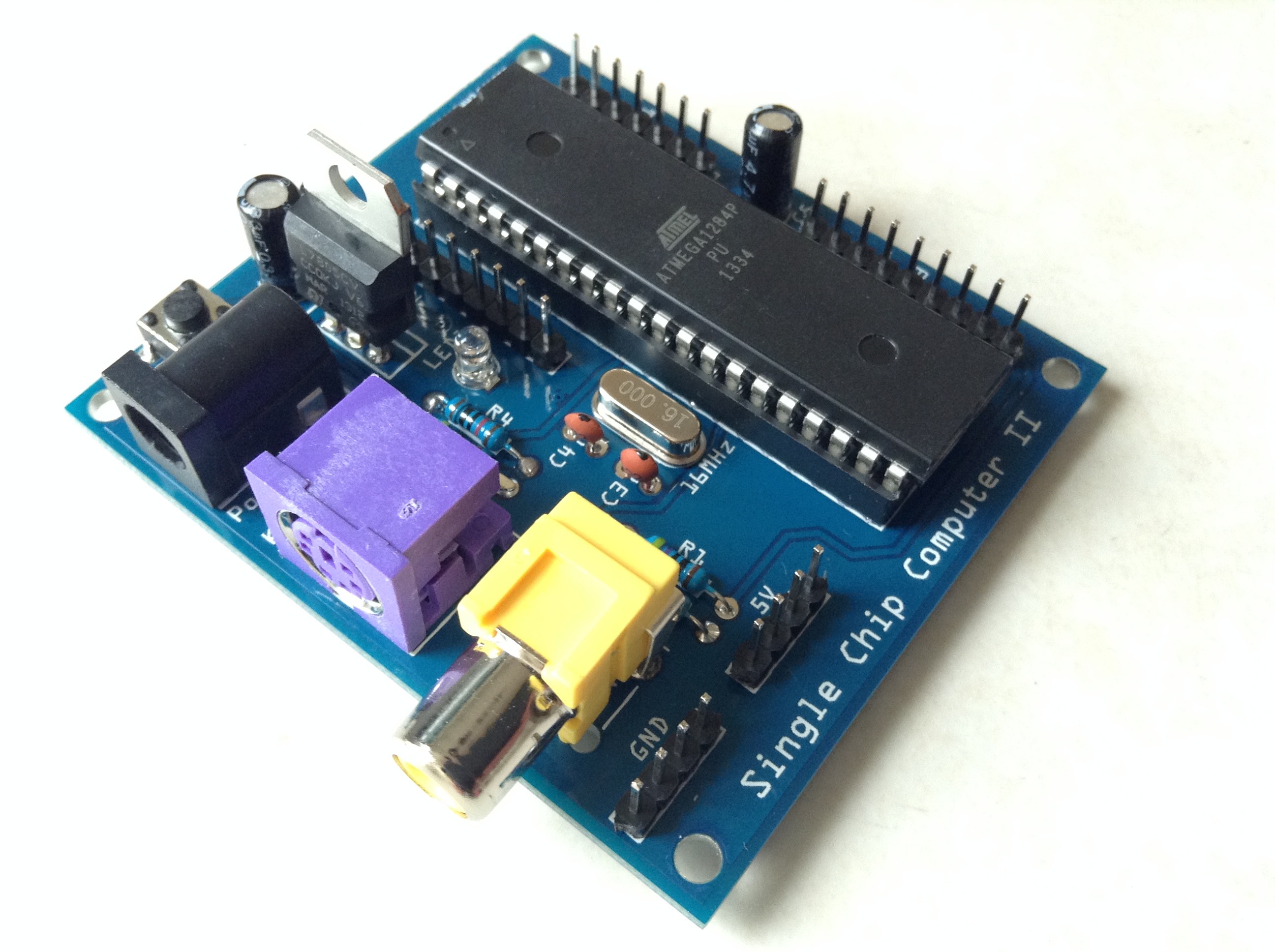 Today I assembled one of the new PCBs and it works as expected. With this PCB, I used male pin headers for the IO pins as I personally think they look better than female pin headers (especially when cutting female pin headers down as they usually leave an untidy edge). When testing IO pins, I found pin 1 of the AVR (although mapped to a pin header) cannot be used for GPIO as it is in use by the keyboard (this is something which could be addressed in a later version of the PCB). I have also changed the main image of this project to the new PCB.