One of the perks of having an SDRAM on board is being able to run full fledged OSes, like uClinux, which require at least a few MBs of RAM to work...uClinux, if you're not familiar with it, is an MMU-less variant of Linux, which means it can run on low-end micros, like the STM32, that don't have an MMU.

Original support of the STM32 micros has been added by emcraft, and a few contributors on ST forums, the kernel is configured to XIP (execute in place) so it's not relocated to SDRAM and runs directly from flash (the 2MBs of flash hosts the u-boot bootloader, kernel image and the romfs) access to the on-chip flash is pretty fast, it takes, in theory, 0-wait states.

So with that as my starting point, I made a few changes to u-boot and the kernel, enabled SDIO, and few other interfaces, to make things work on OMV2, I also made a few tweaks to fbtft and built it in the kernel, and here's the result :) 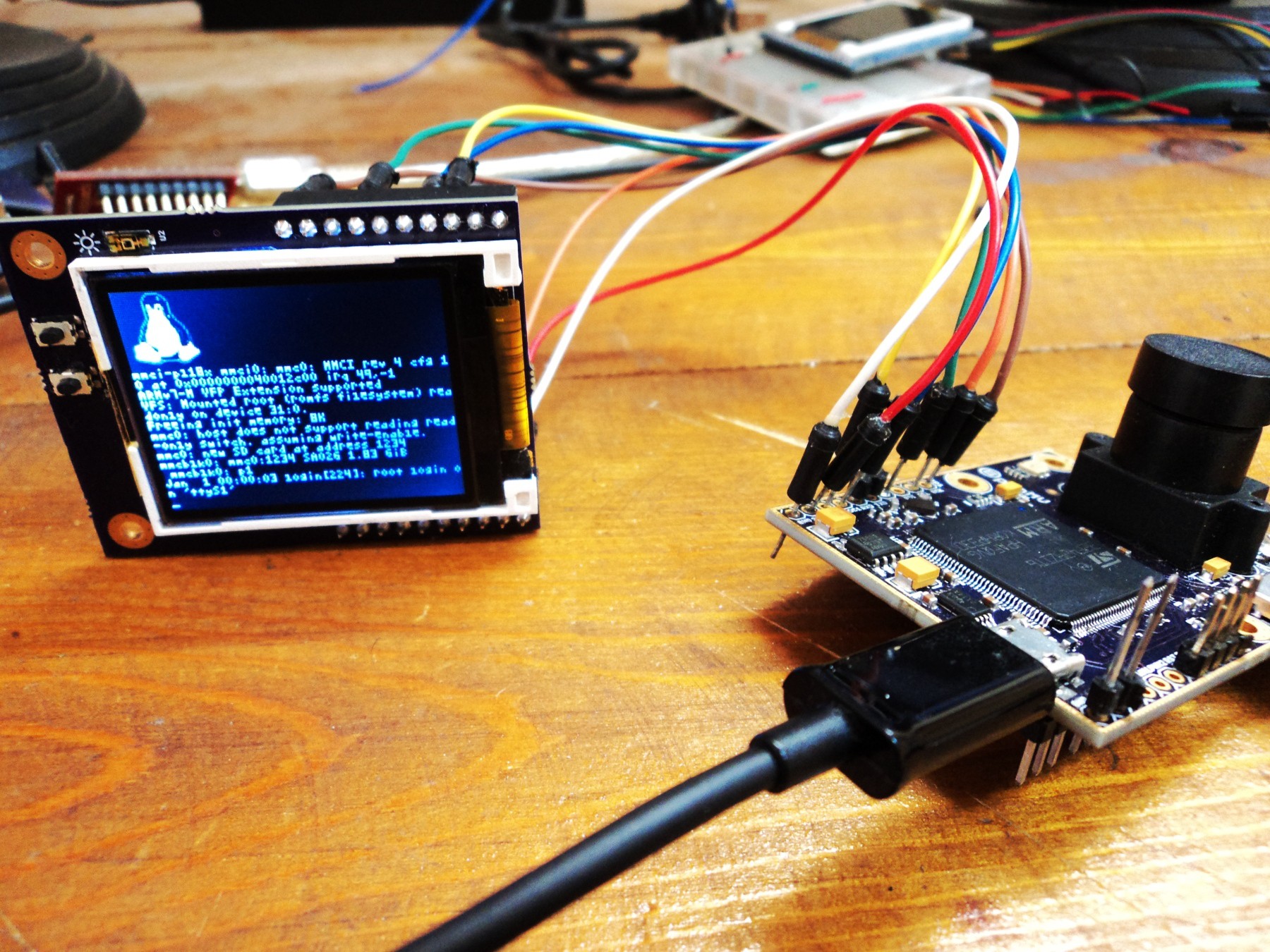 It takes less than 1 sec to boot, I think that's awesome.. anyway, the LCD is a JD-T1800, I designed this shield for OMV2, it has a light sensor on board which you can read to control the LCD brightness and a few passives...(I'm still waiting for stackable headers, so had to solder the wires to the board): 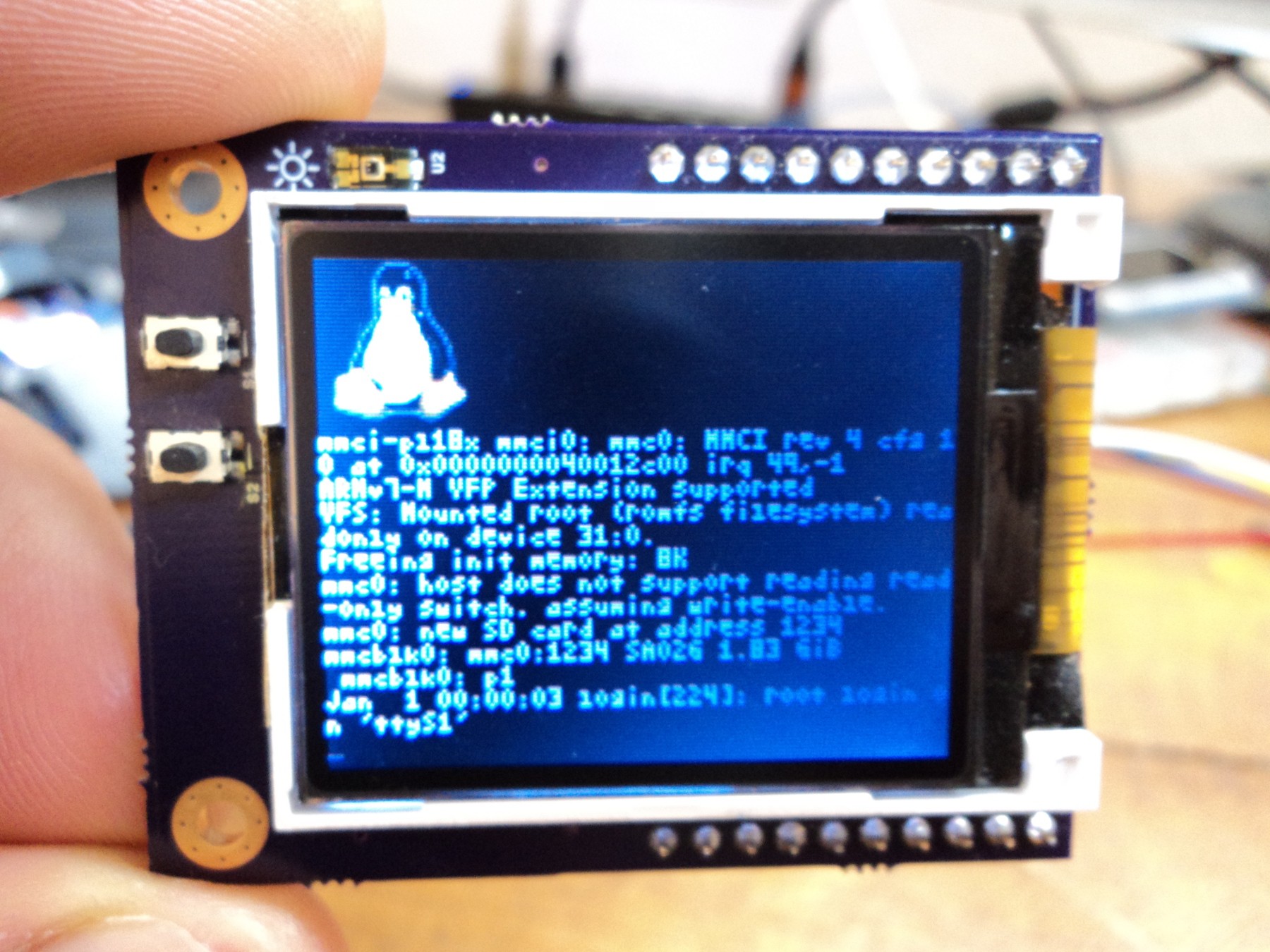 I'll keep playing with that for a while, see what more I can do, next, I will probably try to get the DCMI and USB working and maybe I will try to run OpenCV :)...