So... it's almost a year for this project.
Quite a lot happened this year, LoRa community has grown pretty fast,
even SX1301 datasheet is now open without NDA.

I'm still not able to make the first board working though, after re-soldering and testing, again and again, so I stopped for a while.

I think I might overheat the chip though.
I've checked the SCH with datasheet, no such big difference found.

So I'll try again with version 2, designed for Raspberry Zero
Added step-down for 1.8V supply, GPS module,
but removed RADIO_A because of the board space and layout reason.
Also ordered new SX1301, maybe also a Concentrator from others to compare. 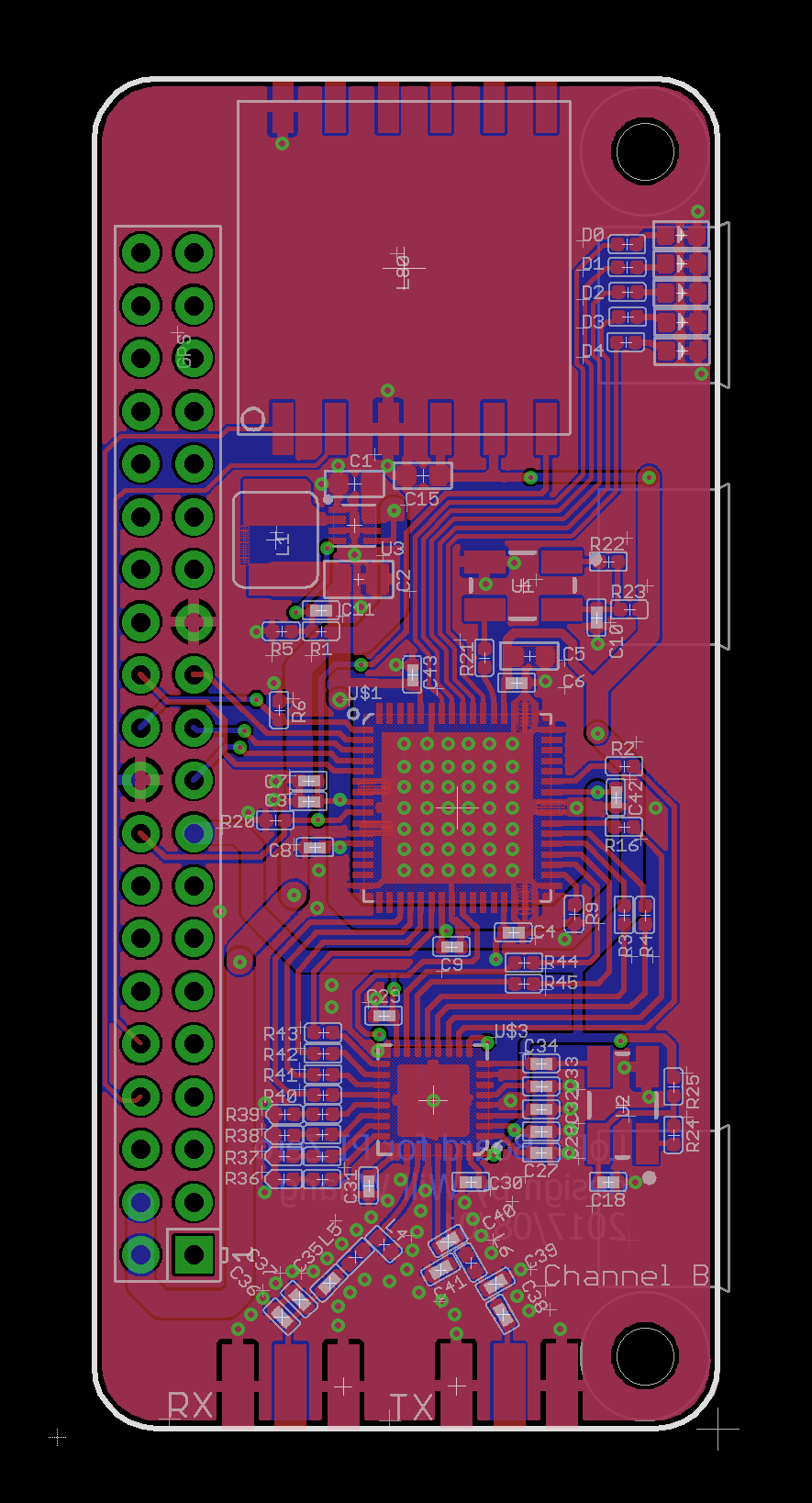