Paraphrasing, or, in other words, saying it differently 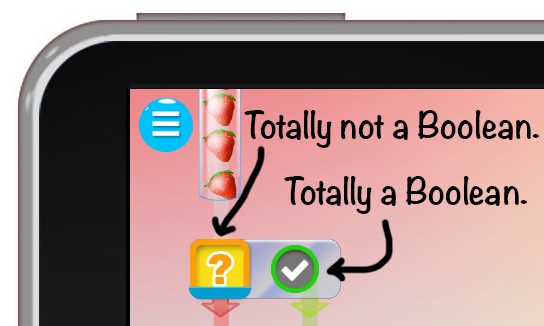 About 1/3 of our testers totally didn't understand the difference between If-statements and their Boolean values, but whose fault is that, really?

It’s always surprising what you find in testing. Things that made such perfect sense in development often end up a complete mystery to your users. Case in point: Half Life 2 ep. 2’s final level took a whopping six months of play testing to get right. Players were completely confused as to how to solve the level.

It’s not that being clear is difficult. It’s easy to write a tutorial that everyone can understand. But being clear AND concise seemingly requires a magic potion made from unicorn tears and one of Morgan Freeman’s eyelashes.

It shouldn’t be all that surprising. We all come preloaded with experiences and assumptions that color our view of what we are learning. It’s what makes traffic circles so darn confusing to American drivers. It also means we had a to spend a lot of time in play testing to get tutorial text correct, and it could still be improved.

All this adds up to a lot of uncertainty in the development cycle. It’s going to be extremely difficult to ship this reliably using a waterfall model, or even plan out what levels will go where, without incorporating feedback loops. An agile development process will be required, which is good, because agile rocks the most.

Even with the most perfectly crafted text, we will still have players getting lost. After about 15 revisions, and introducing Booleans as “things that are true or false”, and properly introducing if-statements, about ⅓ of players still said “a Boolean is something that makes it go one way or the other” (referring to if statements). We were concise, but still not clear enough.

But what to do? We can’t assail the player with 3 pages of text. They’ll just hit skip, start hacking at the level, get confused, and drop off. The solution is to repeat concepts, saying the same thing in different ways.

The demo (totally play it here) doesn’t do a very good job of repeating concepts, but it’s just a demo. Its goal is to introduce the game in 3 minutes or less. For the production version, we’ll need to introduce and reinforce every concept in at least 2 different ways, if not more. And we’re going to need to take things piece by piece. Will players respond well to building a vending machine, or is that “so 2015”? It makes it hard to plan the entire game out in one shot, but it does make for a better adventure in the process.

We won’t lose track of who this is for: the players. As much as we may think they should understand our verbiage, or engage well with a certain level, the players have the final call.