squaring up the reservoir

Our journey has long left the mere "reservoir" part behind. Sometimes it appears things are growing into each other, often displacing features, sometimes acting synergistically.

This time the reservoir housing has become something between an enclosure for reservoir, pump and controller, a holder for the reservoir vessel and a fancy desk lamp. The scale / strain gauges aren't integrated at this point but we'll get there in due time.

Note this prototype has been implemented with translucent PMMA while later version will be made from opaque white PMMA. With the lights out, the thing still looks rather shiny:

The wide open and simple lid should make pouring in without spills an easy feat. The food safe stainless steel vessel is a GN 1/6 200 mm container holding up to 3.4 L. It's a multi-sourced standard part and the dimensions are more or less guaranteed. They also come in translucent plastic.

White PMMA is a much better diffusor. Here are the rough target dimenions of the part estimated from measurements and later confirmed to almost perfectly fit the container (note the circumferential step, the mantle has to sit behind that.

I was about to say the rest is as easy as bending PMMA in shape. In practice we built the strip heater first, created bends on 3 mm test pieces (same thickness as the mantle) and measured the resulting inside and outside lengths of the specimen to base the model on them. 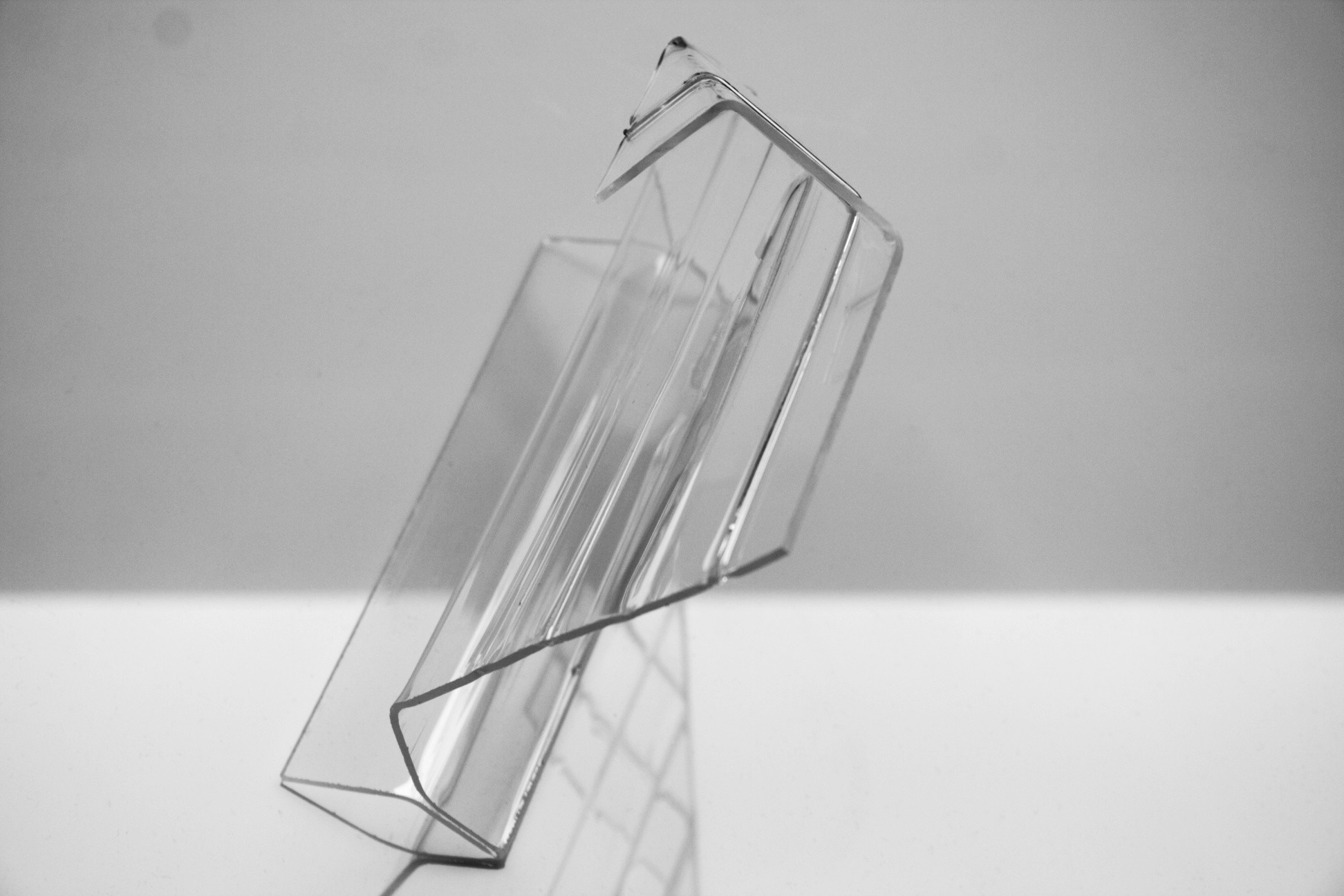 The bending device consists of a 600W IR heater (~45cm in length) occluded with aluminium T profiles and a flat profile wrapped in Al foil and tape in a haphazard attempt to control convective heating of those rails. It works for now but requires cooldown after each bend, so consider a water-cooled solution. 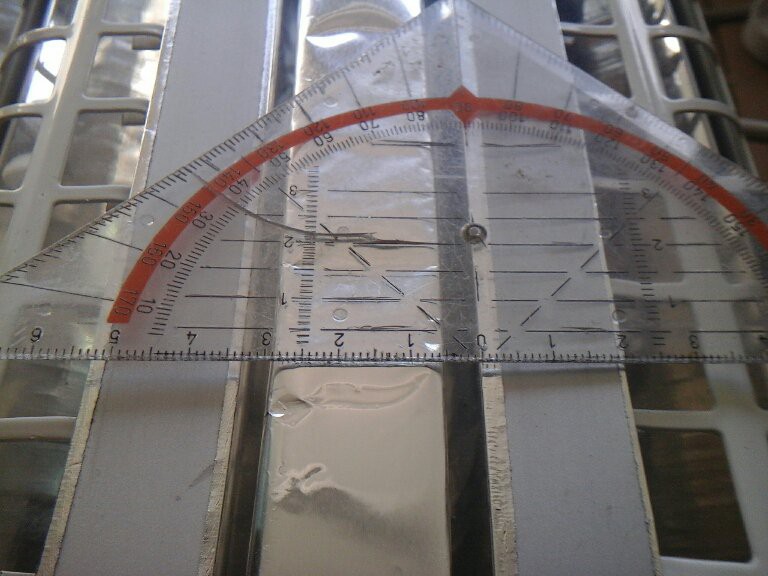 but there is no straight-forward way to calculate yielding under compressive or tensile strain in a part transiently heated from one side.

Anything between these temperatures is fair game for bending. with a distance of around 20 mm from the quartz heater and the rear reflector still in place a heating cycle time of about 2 min 15 sec (starting cold with no pre-heat) softens the material on one side sufficiently and seems to keep the other side near Tg so it will yield only slightly,

Initially a "compressive yield bend" - towards the heated side - was intended, but due to a minor oversight the first bend was made the other way ;-) As it turns out the "tensile yield bend" doesn't produce an unsightly wrinkle but slightly lengthens the material, once again owed to the inhomogenous thermal profile throughout the thickness of the sheet.

With a bit of over-bending (about 10 .. 30° held for 1-2 sec) springback is eliminated. A right angle fixture is mandatory to control the resulting angle and the 45° facet is eyeballed and tweaked in the early moments of cooling.

Minor adjustments are possible by re-heating one bend line at a time, all the while softening is tested by observation and feeling how the part reacts to slightly bending the zone back and forth.

The unfolded surface has been designed in OpenSCAD, adding small notched that help aligning the bend line to the heater slots with two drill bits. Works a treat.

The OpenSCAD export to .svg has been used to create suitable files which, once checked and modified for proper scaling are fed to the lasersaur web interface.