So, I've been working on my receiver code off and on as time permits. During this time my prototype sensor/transmitter was out at the water meter. I had placed it in zip-lock bag and tightly closed it with a rubber band. That was in another bag, and that whole assembly was held onto the water meter with a much larger rubber band (I think it came from a bunch of broccoli). All of the bag openings were down, and the large metal cover was placed over the meter box. Situated like that I had no worries about water getting to the sensor. Besides, I'd have PCBs soon and the final sensor would be fully potted.

I can only guess, but here's how I imagine it happened.

The city meter reader must have opened the meter box (who else would?) and noticed plastic bags wrapped around the meter.

I'll avoid ascribing mental attributes to this unknown person, but for whatever reason, he (or she I guess) pulled everything off of the meter. That by itself would have been fine. But for whatever reason, this person removed the outer bag, then pulled off the rubber band and removed the inner bag. I presume he lost interest because he then tossed the bags, rubber bands, and the exposed sensor assembly (still attached to its power supply) several feet from the meter box. He replaced the metal cover, and left.

Again, that would have all been okay but ...... that afternoon and night, it rained. 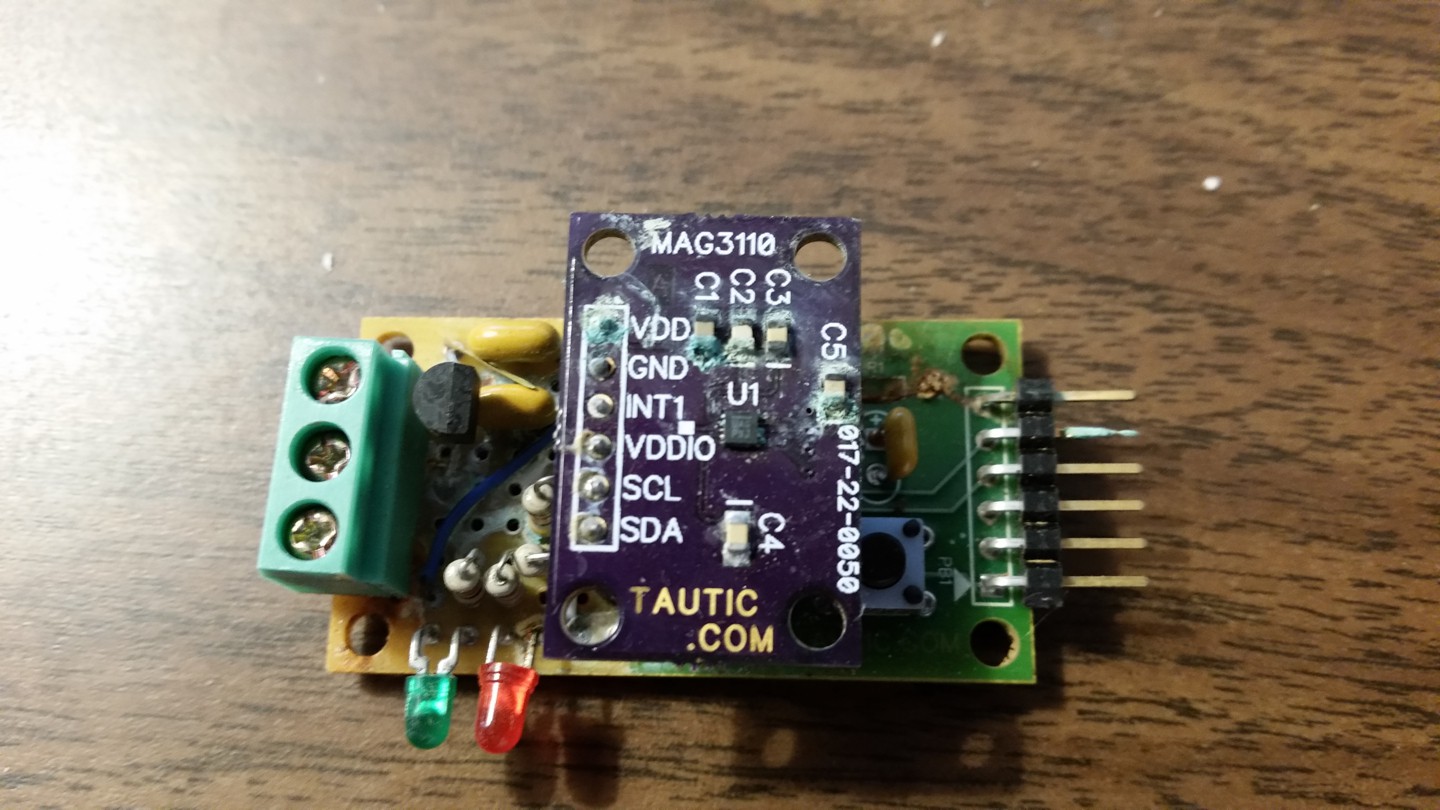 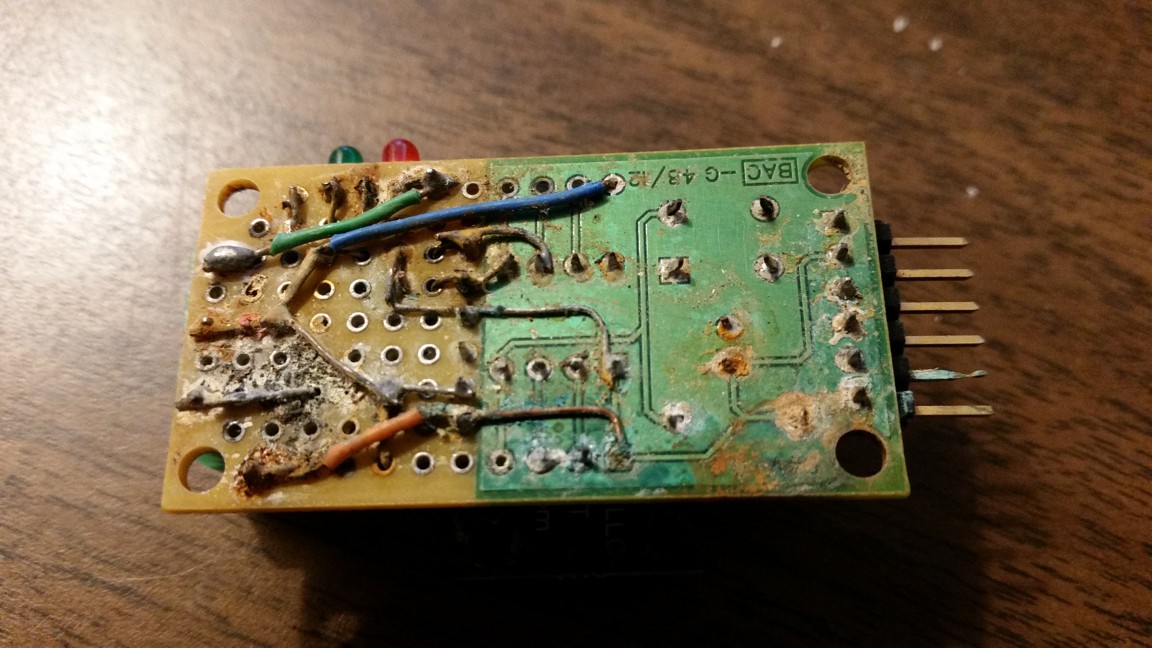 The pictures show the result of less than 24 hours exposed to the elements (under power). The strange thing is that pin number 5 that almost totally eaten through. That connector is the ICSP (programming) connection, and there was nothing plugged into it. All I can imagine is that it ended up with a VERY good connection to ground.

At any rate, the PIC is cooked, and I have to replace the connector on the mag sensor, but I don't have high confidence that it works either. I haven't decided if I will recreate the prototype board, or just order and wait for custom board to come in (that I can actually waterproof).

I hope you will be continuing to document your progress.

I don't know how close to the meter you need to be to get a reliable reading, but perhaps you could disguise your sensor as the top of a rock sticking up near the meter (burying the wire).  Might need to dig under the edge of the box to fish out the wire, tho.

At the least, you might want to periodically check for major changes to the min/max of the axes.  If they change a lot, then the sensor has been disturbed and you could flash an alarm.

Alas, our meters boxes here are set in the sidewalk.  No good way to get a wire into the box, for data or even power  - from above (wire across sidewalk entering meter box, nope) or from below (not going to dig under the sidewalk).

I think for me a sensor/transmitter would have to be fully self contained and battery powered and thus very low power.  Best I can imagine is waking fairly frequently to take a measurement, and transmitting cumulative counts less often.  Would need to be able to power off the 3 axis magnetometer in between.  Getting the awake duty cycle low enough might be tough tho - depending on how long it takes to stabilize the sensor.  I'm going to watch your progress first.

Chin up John. I'm still following along and want to build 3-4 of these when you get them sorted.
(Just to be clear, I am just looking at building the tx/rx side of things, the display will be my existing HA system).

As an aside, I wonder how often this might happen? Our water meter is remotely read, so no one has looked at it for years, but where there is a meter reader, there is trouble? What about a little laminated sign? (Assuming they can read - sadly not really joking).

Well I totally consider this my fault, and as such I'm not all that bummed out. It'll just cost me a little time. The final sensor assembly will be completely potted in a box, and attached to the meter with a large hose clamp. Should a meter reader want to remove it, he'd actually need tools. I will tag the final version says something like "REMOTE WATER CONSUMPTION SENSOR", just in case the meter reader calls in the guys with tools. :-)

ANYTHING that goes outside, prototype or not, should be seriously environmentally tight. And should never forget; idiot meter readers are part of the environment. :-)