The "High Definition Earth Viewing" experiment onboard the ISS runs a few cameras, but not always. Let's find out when video is available!

The script has been running for about 90 minutes now, and shows no signs of giving up yet. Here's the script's output with stream shown in the background, while no live image is available: The output shows five zeros in a row, meaning that, at 0.2 fps, the still image has already been there for about 25 seconds. After a while the signal is back and we get this: 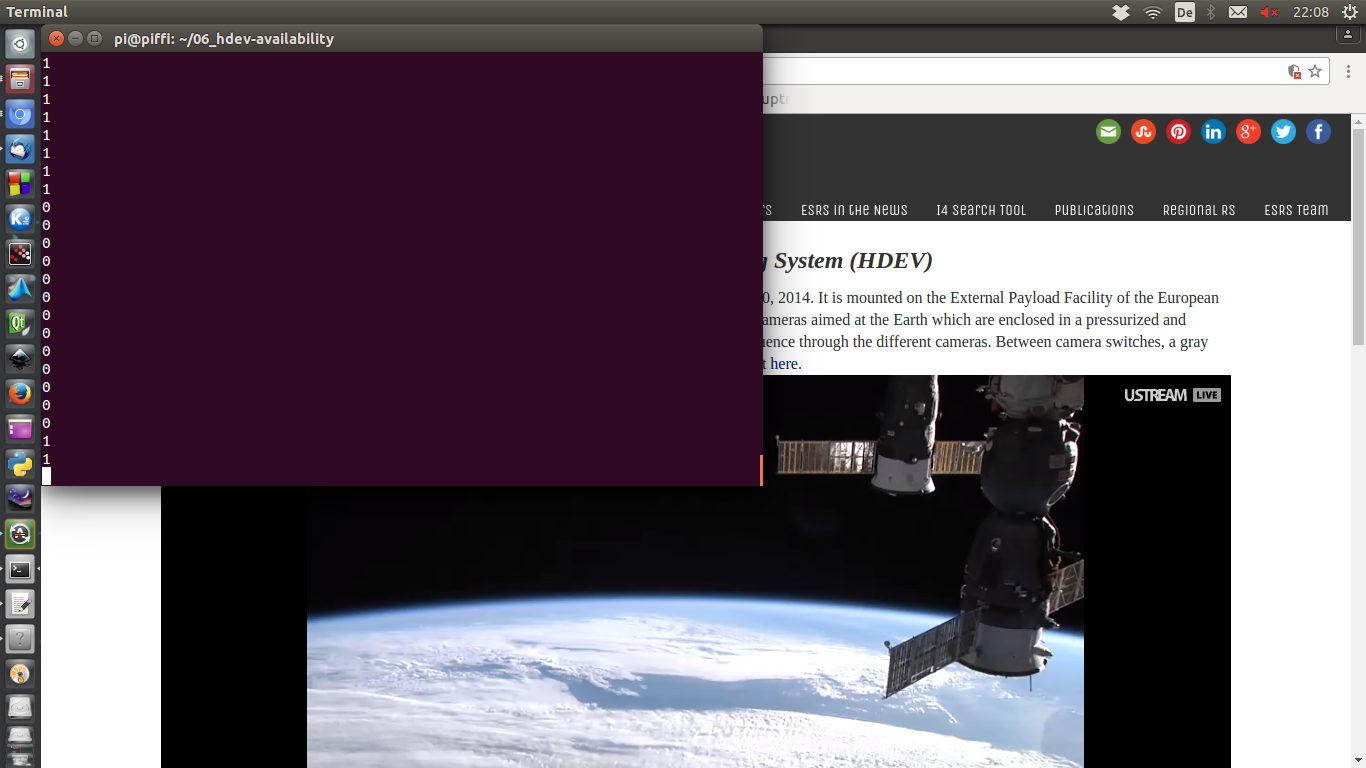 The script spits out 1's again after about 13 x 5 = 65 seconds. Great! In the meantime, the ISS passed by somewhere over argentina or the south atlantic.

It's running on the RPi now

Doing it in python