We have a display.

A project log for The ides of DEFCON: An Unofficial Electronic Badge

A wearable hardware badge, featuring blinky lights, sound, a sub-1Ghz radio, games, and more. Based on the Freescale KW01.

After waiting weeks, two screens arrived from China. They're both cracked but functional.

I think the lesson we just learned is: Order enough hardware that it arrives in a box, not a padded jiffy mailer. I gave one of those to Bill, and he managed to get the KW01 talking to the screen after much frustration and microscopic soldering! 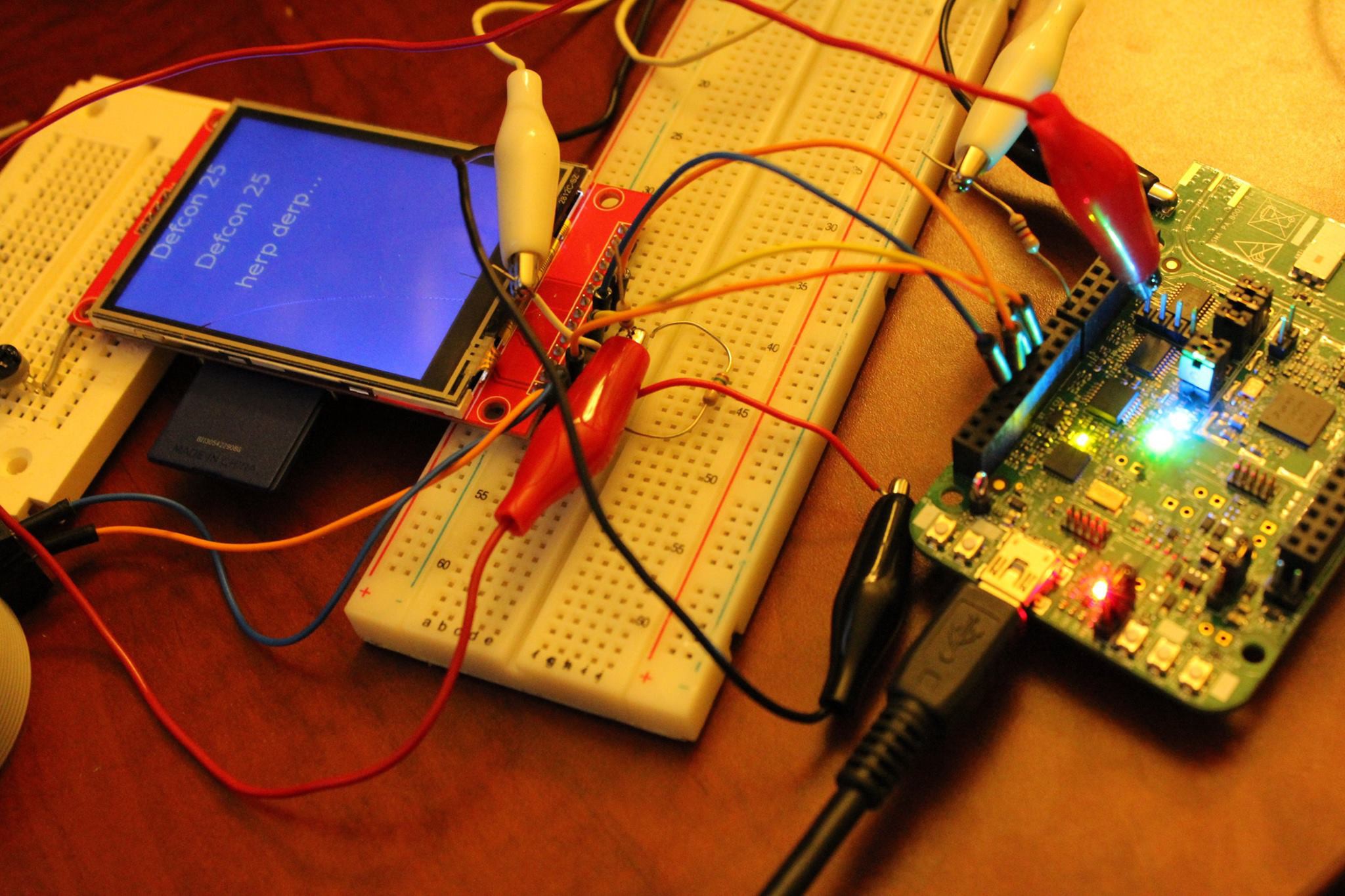 The main problem so far is that updates are painfully slow and expensive. We think it might be an issue in the driver code (it apparently only writes one byte at a time. Very, very slowly.)

I've ordered a couple of Adafruit Neopixel (WS2812) rings to see if we can get the KW01 talking to those. I think it's going to be a major pain as I have to program the KW01's timers, but there appears to be a couple existing implementations we can use to drive the lights.

Our peripheral list is quite small: Audio, Touch, Screen, LEDs. Possibly an orientation/tilt sensor as well, but for each of these devices we must slowly work out how to make them talk to the CPU.

On the home front, I've got some new lab hardware on the way. I'm cleaning and taking out the bookcases in the office, putting in a desk, and adding various items like a PanaVise, magnifier lamp, and solder station. For years I've had my electronics tools strewn everywhere. It's time to get serious about this stuff given the project we're on.

I will probably end up with a hot air rework station and new oscilloscope at the end of this as well but I'm holding off on those large purchases until we make more progress.