The Project is Finished

It's finally here! After the buck converter replacement finally arrived I was able to complete the box: 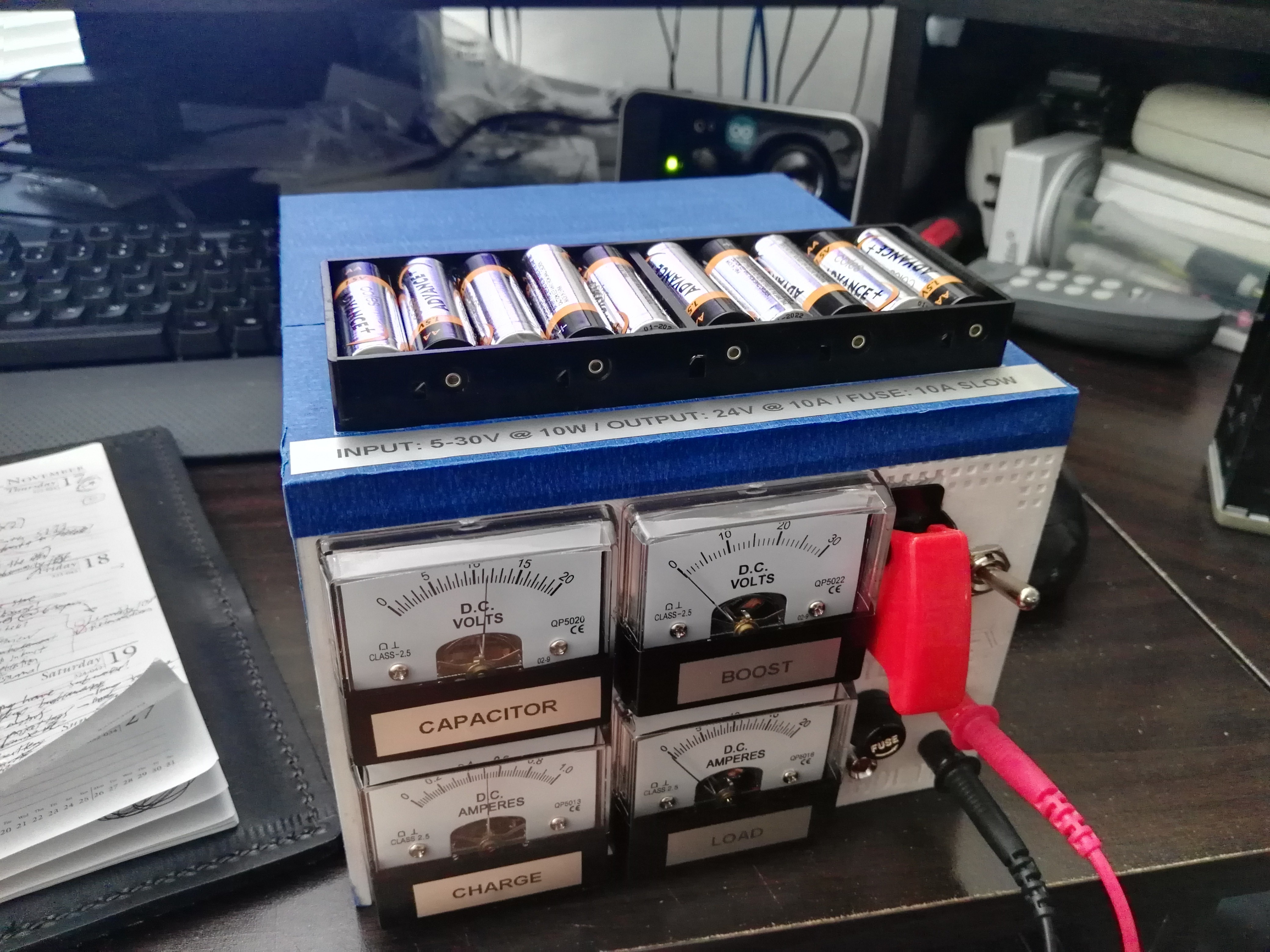 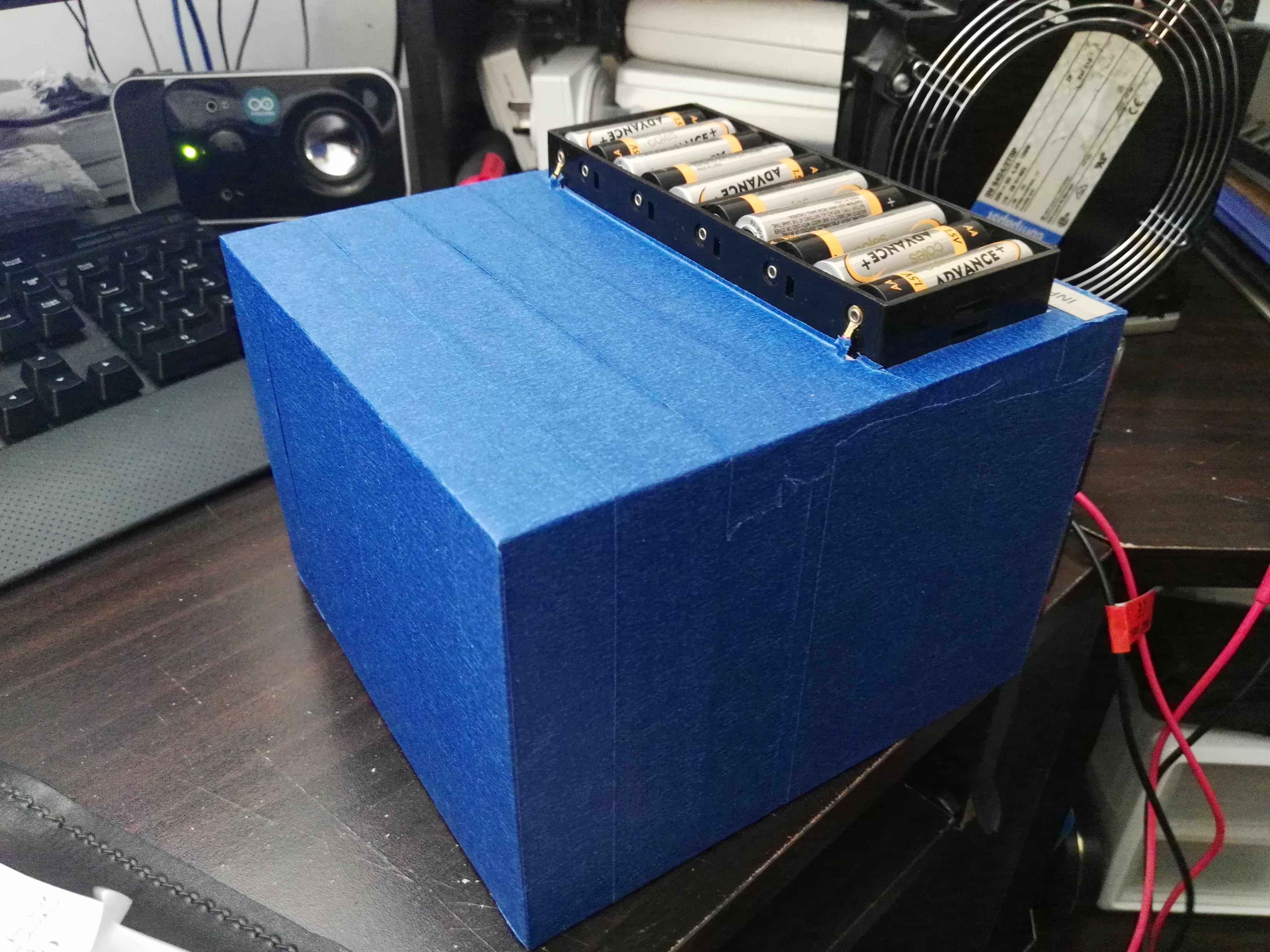 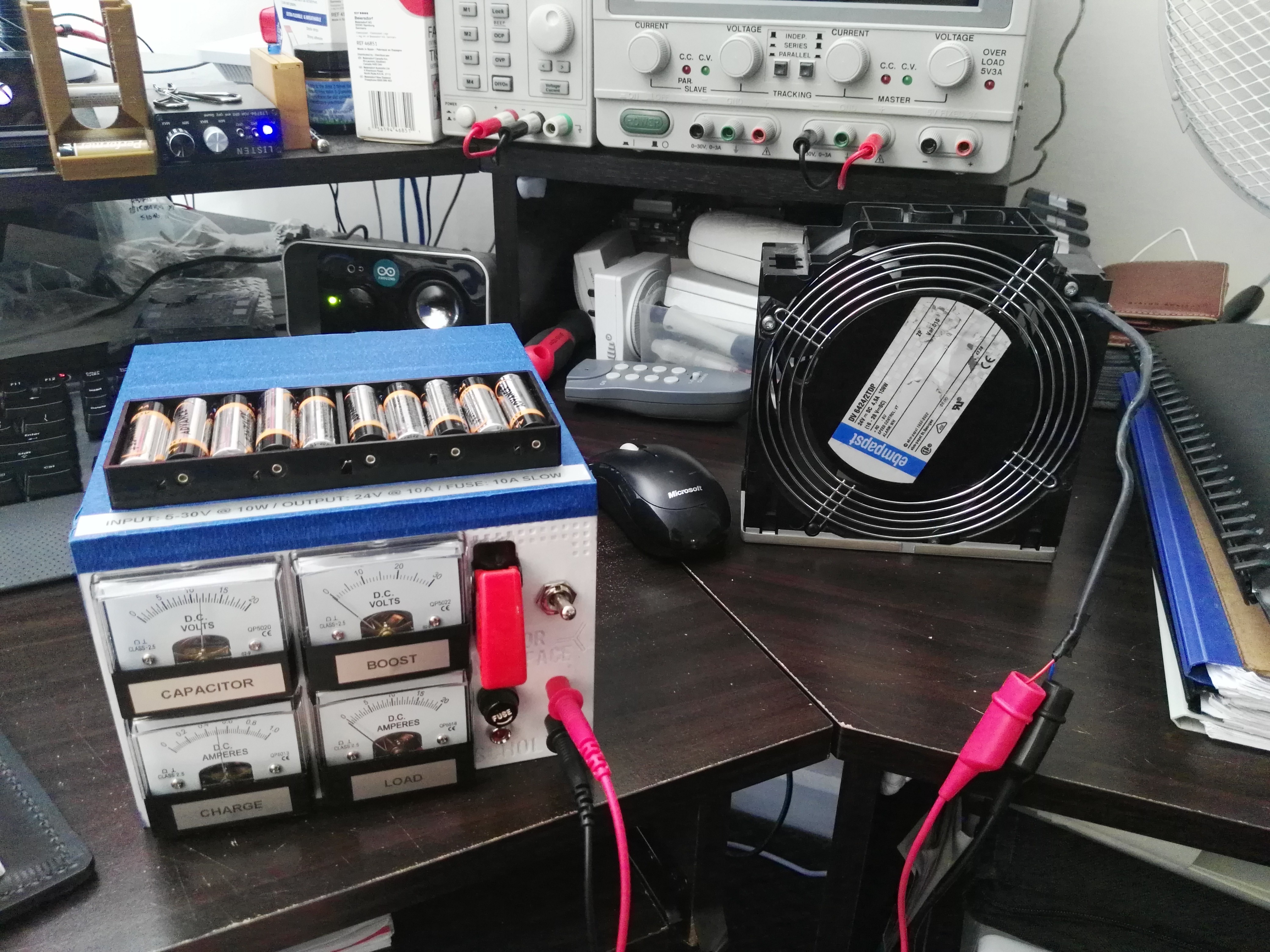 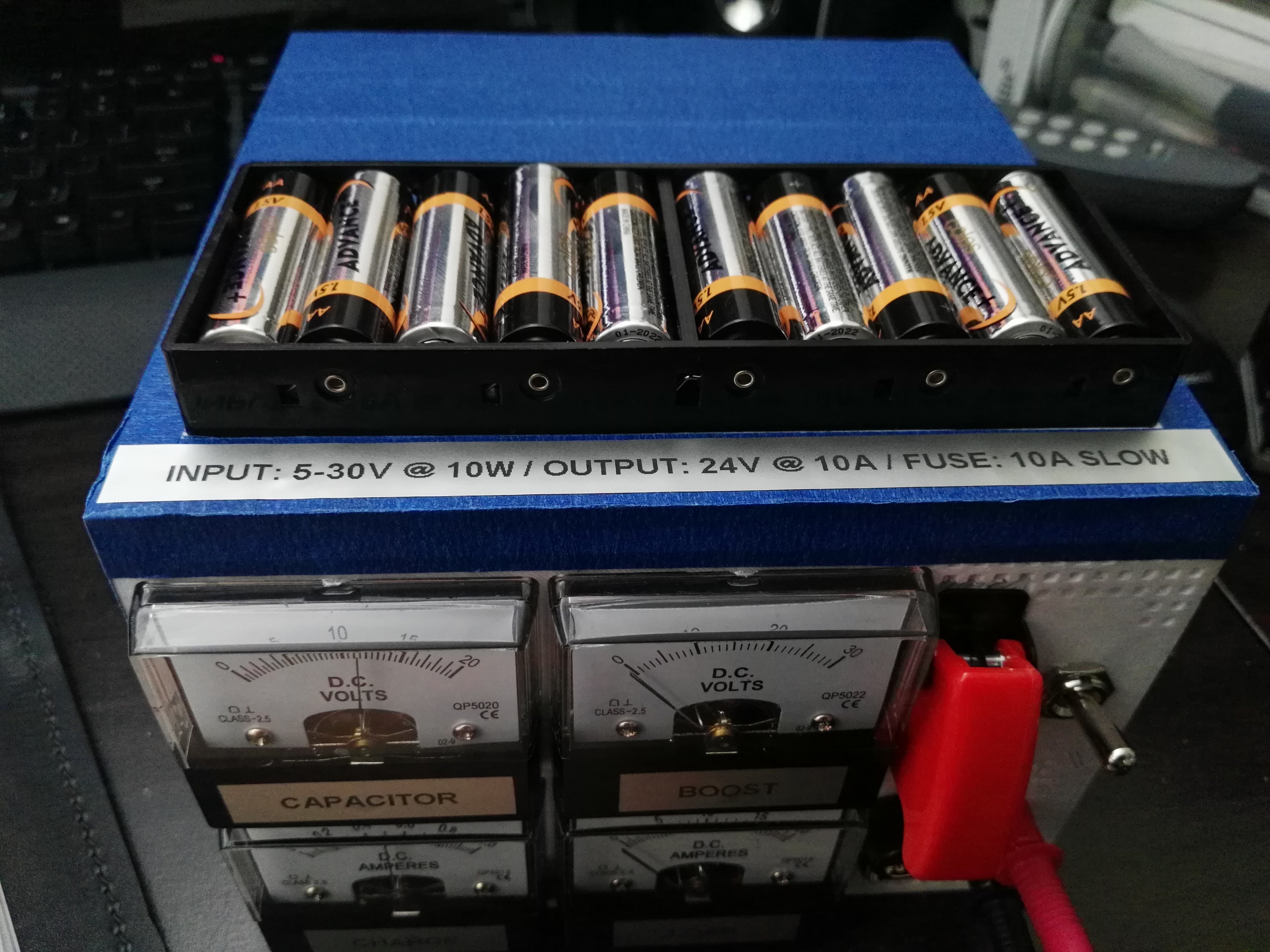 Here is a video of the super capacitors discharging into a 100W load:

Some pictures of just before I added the blue painters tape to spruce it up: 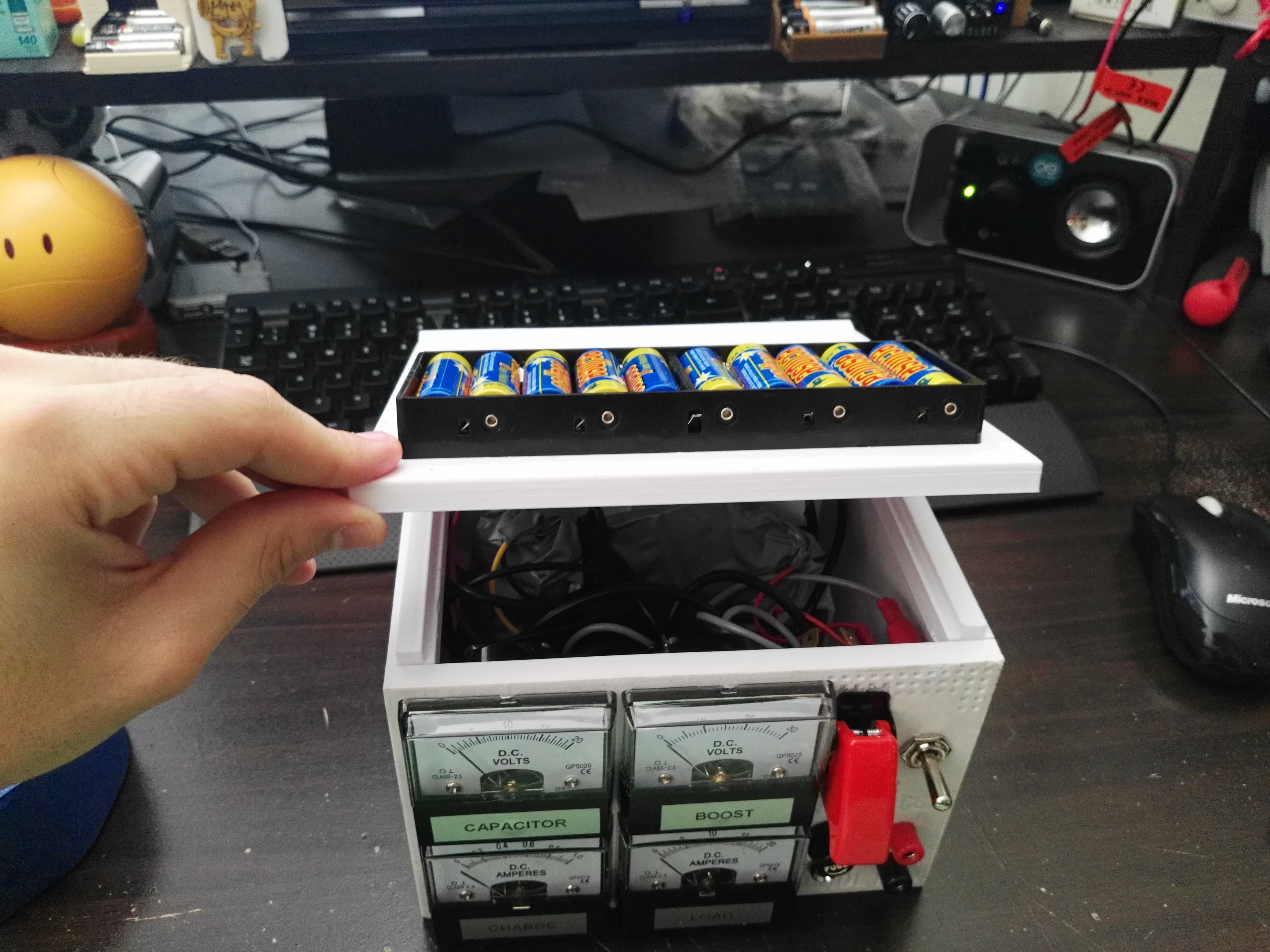 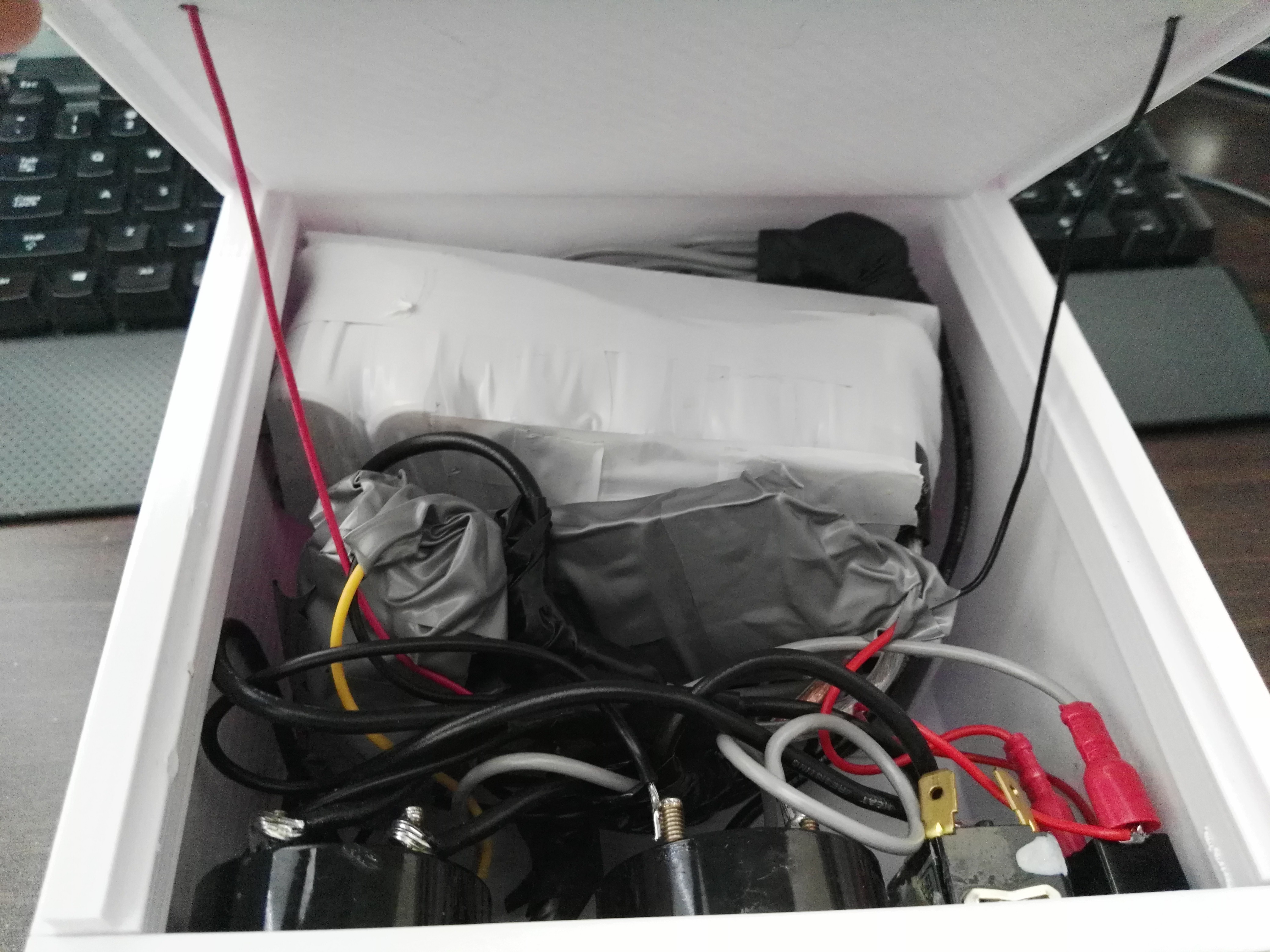 You can see that the inside has become a disgusting mess, which is unfortunate, but I can safely say that there will be no unintentional shorts. The boost/buck converter utilised was a combination of one of the many boost converters that have been seen and another buck converter from eBay:

These two converters in series act as the charging circuit, taking power from the batteries and storing it in the super capacitor bank.

After testing the entire box half a dozen times (it takes nearly 15 minutes to charge), I am happy with the results and have decided to go ahead with the purchasing of an electric bicycle conversion kit.

The only drawback to the entire system is its behaviour as the AA batteries begin to go flat. As the battery voltage drops, the buck/boost converter compensates by drawing more current, which then further reduces the voltage and greatly increasing the current. Eventually, the voltage drops to the point at which the boost/buck converter input voltage is too low and the capacitor charge current begins to drop off. Unfortunately, this is at the point where the battery voltage is about 4V, which for 10 AA batteries (15V nominal) is a huge drop due to internal resistance.

Basically, the batteries will heat up drastically to tell you when they are "flat".

It works! Sort of!

Wrapping Up This Project

Sorry for the broken Youtube link, it is now available at: