So I bought some boxes...

So I bought some boxes. Found some desiccant I've collected from various packages with stuff (I've been collected silica gel for just in case). Dried silica gel by heating it to 350°C (was too much, some beads turned brown). Put it into paper bad, and dropped it into the box with filament. I the box, I drilled a 2mm hole to pull the filament through. Sealed it up a bit with tape.

Next, after a day or two I did some printing. It was all right, but not as great as I anticipated.

About a week later, I decided to re-dry the silica gel to see, how much moisture it had adsorbed. To find out that it was probably saturated. At least, it was creating about as much steam as it did the first time I was drying it.

So, it became obvious I need to investigate the problem a little bit more, because re-drying the desiccant every week is not an option!

Also, I needed more silica gel, because the amount I had felt like only enough for one box with one spool. So I bough some silica gel cat litter, which is reasonably cheap, easy to obtain, and coarse-pored (allows to heat to higher temperature, so I can dry it faster). 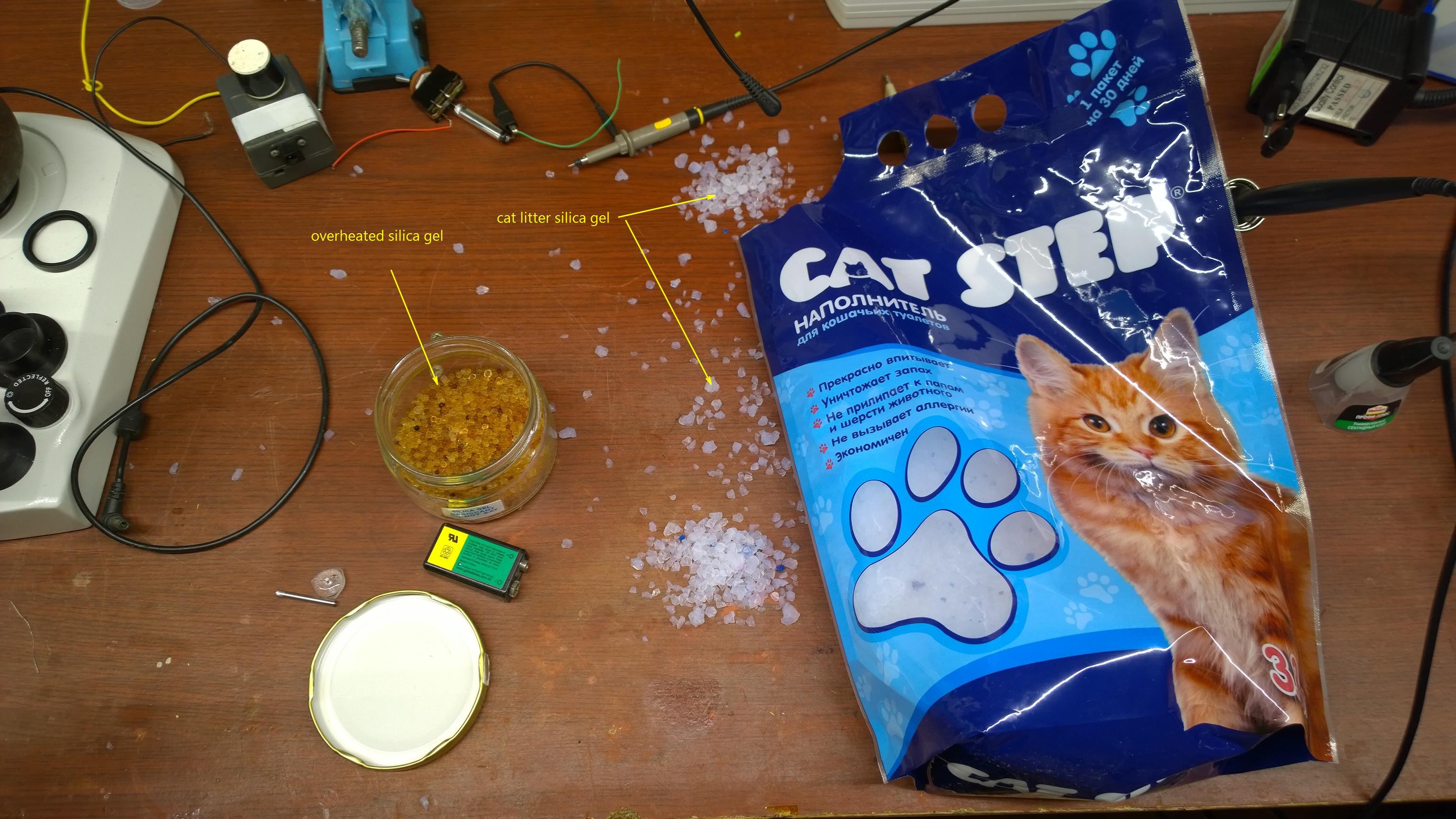