A project log for modbox - a modular controller / display

a configurable, modular, remote control and display for hackers 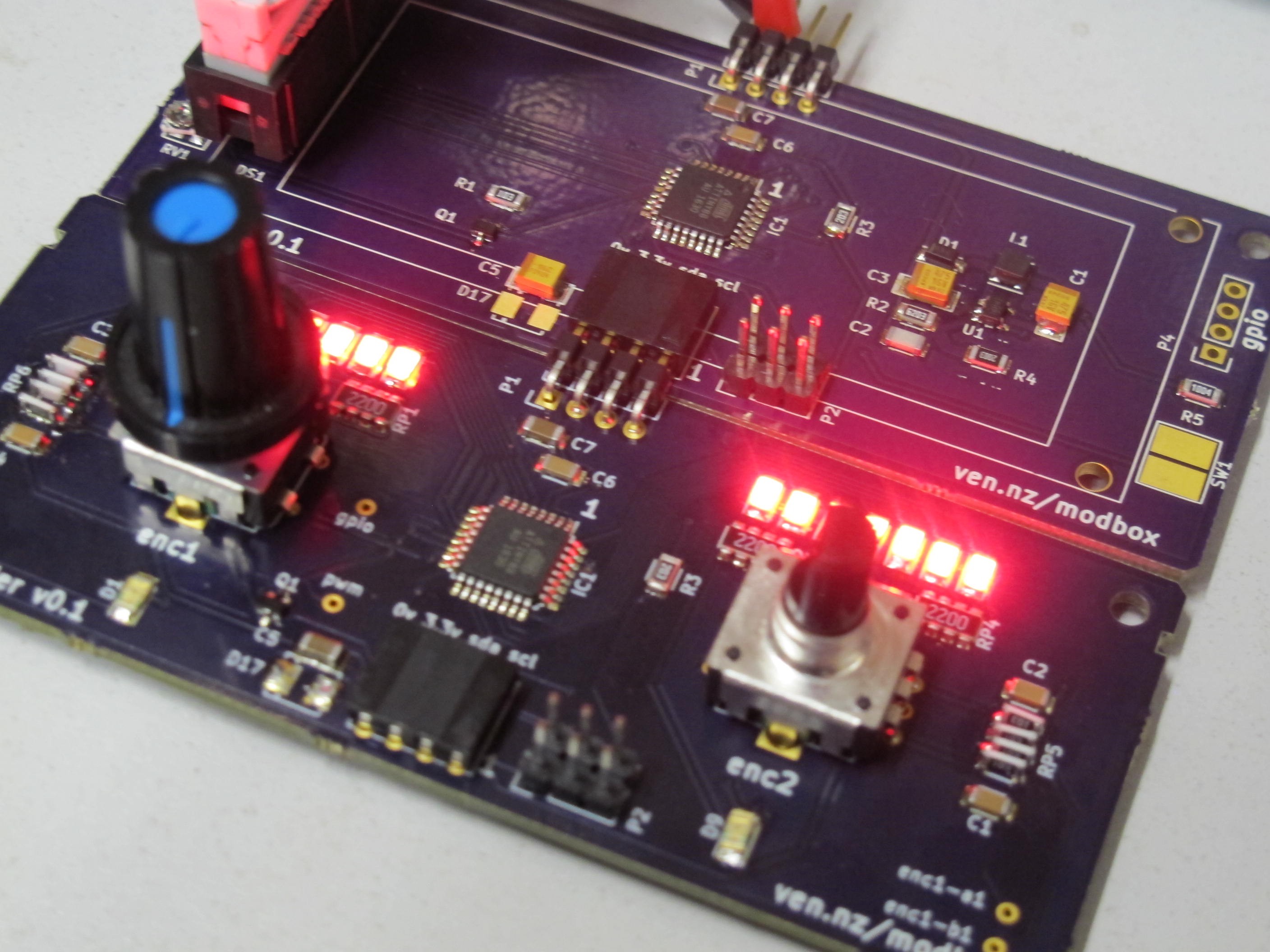 knobs & lcd PCBs arrived from OSHPark a few weeks ago - today we got round to building them up and writing some test firmware to flash the lights.

All in all very smooth, both boards I could flash with no problems, though it seems the knobs board with all its leds needs about 3.5v to flash. 3.3v is fine for running though. Both boards together draw about 40ma. There is pwm control on the led backlight and leds so this will vary.

The dc boost for the lcd works as well as the prototype - haven't tested it fully to see if it's any better with proper ground plane.

First time for me filtering encoder knobs, I checked the before/after on the scope and I wasn't surprised that spinning knobs fast without filtering ends up with missed steps.

resistor packs - the large size I randomly chose were amazingly expensive, about 8 euro for 10 pieces, the 0604 ones were about 1 euro for 10. I used the big packs for the 4 I needed for the leds, but the 2 for filtering the knobs I did by standing 10k 1206 on their sides.

pins were wrong on the potentiometer foot print I made!

through holes for the lcd board were too small for the connecting wires, so we've had to solder the socket on top of the board.