A project log for Pulse sensor to actuate a Robotic Hand

We are trying to implement a pulse sensor to actuate a 3D printed prosthesis instead of the myoelectric ones. That's a first, we think.

So a lot of you have been asking about THE HAND.

The hand is taken from a project that was presented in 2016, this project is available in https://hackaday.io/project/13339-tns-1i, modifications were made to the design, such as the servomotor at the base of the thumb that is now inside the hand and a bunch of the internals that if you are really curious youll pick it rigth up. 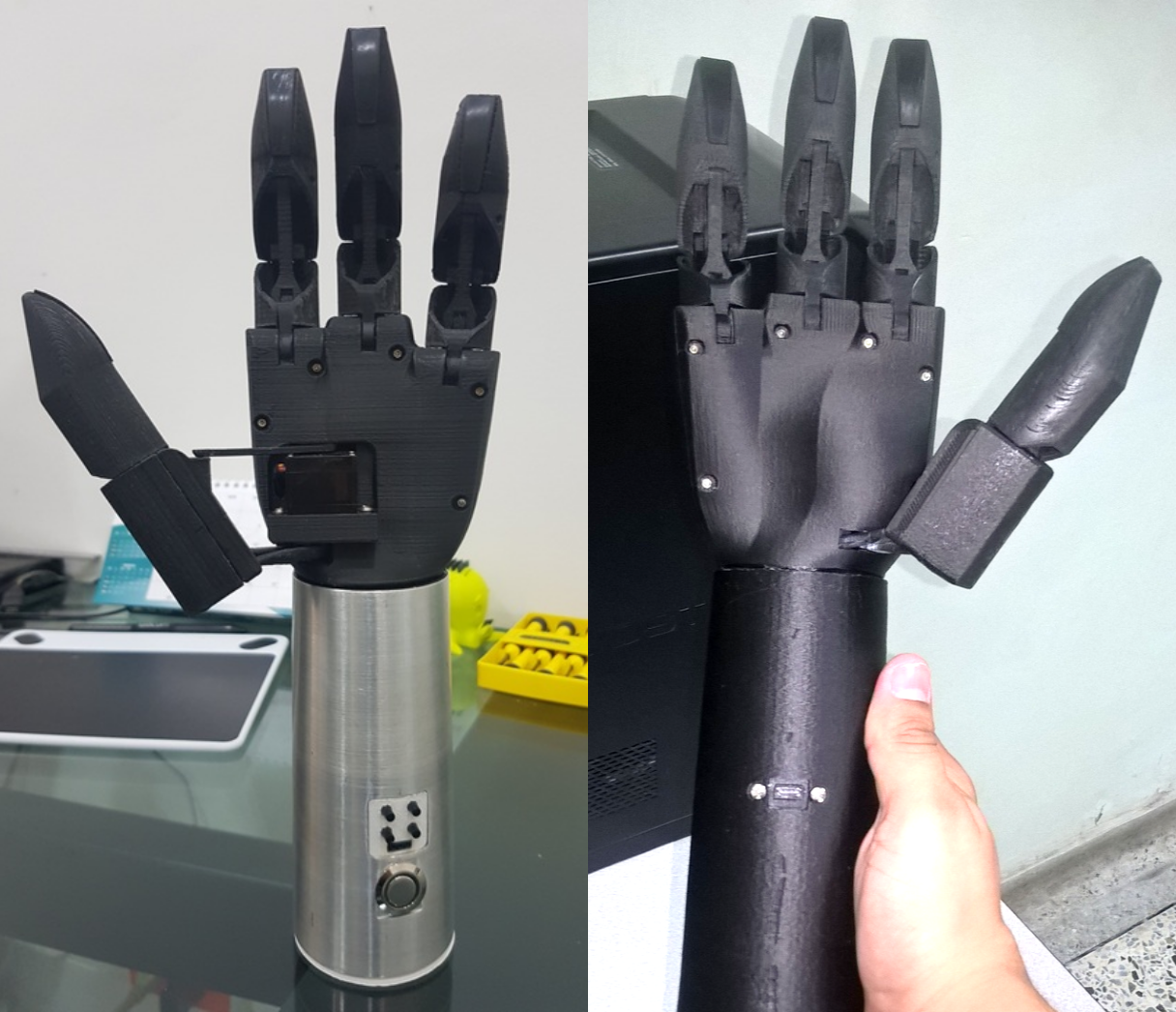 Also the base of the engines have been improved, but if you want to build the hand, reviewing that project you can achieve it. Carbon fiber PLA from proto pasta is used to print the parts and a 0.4 mm nozzle. The conections are explain in the instructions section, but with the next image you can guide. This achieves the goal that the whole contraption weights less that 400 grams, with batteries.

Walking with the arm