It's the little things..

3D printable Pick and Place tape feeder for the Arcus-3D-P1.

Moved the return spring to be coaxial with the connecting rod, and reworked everything around that.  No more bridging required for the tape_drive ratchet.  Where it connects to the connecting rod is a bit thin now.  It's strong enough for sure, but long term wear may be an issue.  I left it that way as the top surface lines up perfectly with the center of my spring mount which can be flush with the bed, and also the matched top surface of the lever arm then.  That means the connecting rod is a straight bit of wire under tension.  Easy is better, probably.

Moved the servo down a bit to line up with my slot for driving it and added a second set of mounting holes for sharing a servo between two feeders.  The slot drive makes this possible.  You engage a feeder by pulling, pushing just slides in the slot so both servo connections can be 'simple'.

I broke out the signature filament as I think this may be 'the one'. 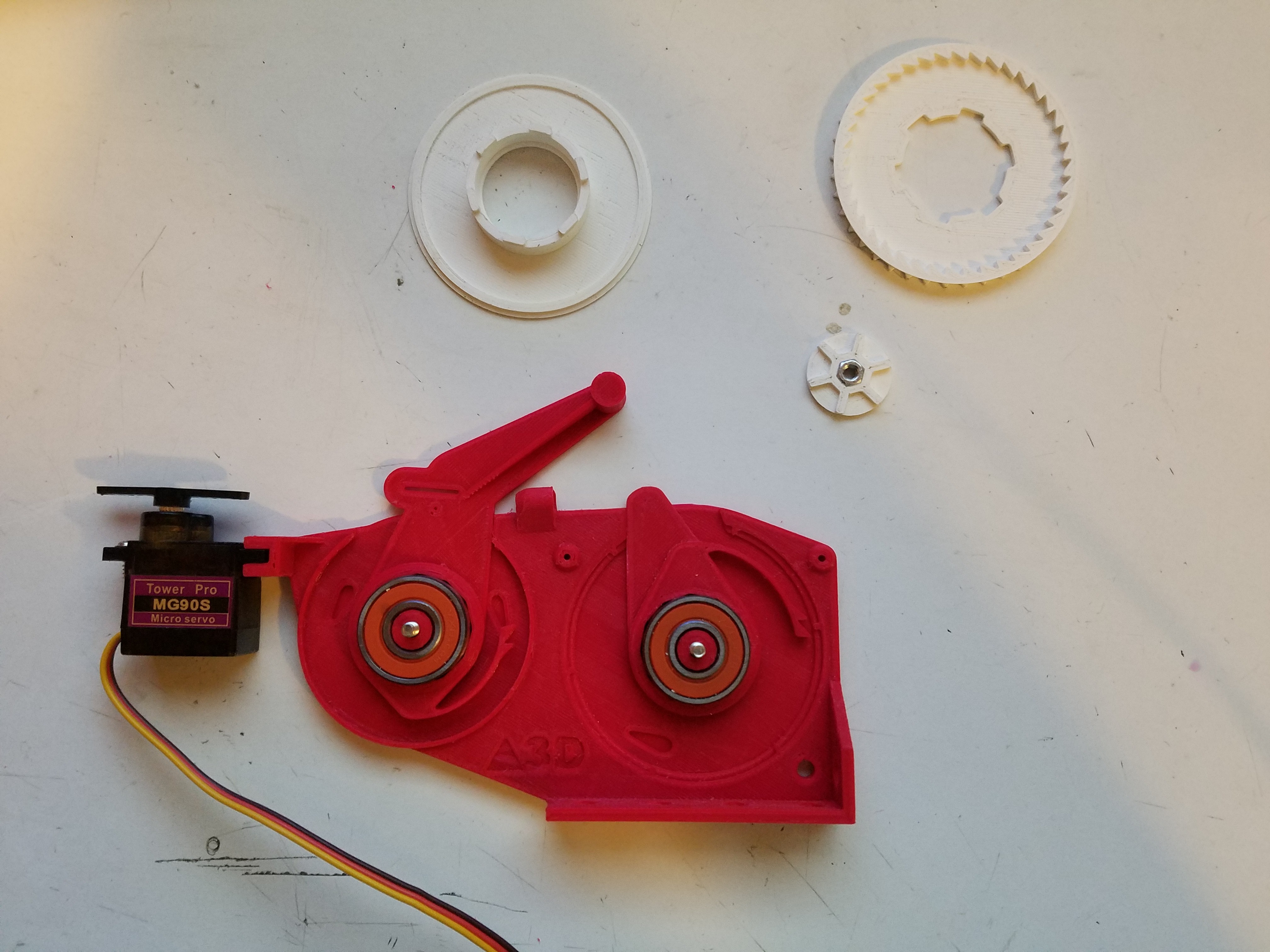 I also added 0.2mm of clearance to the ratchet teeth/ratchets so they engage a tiny bit better, and changed the ratchet spring length so it is now a function of tooth count and not an angular percentage.

Having the spring length be an angular percentage meant that larger diameters got longer arms, but the 'springiness' was constant due to the arms being exactly 2*<nozzle_dia> in thickness. So the ratchets for the smaller diameter cover tape spool were a bit too clicky, and the tape drive sprocket was not clicky enough.  Using tooth count instead solved this nicely.

Of course this means reprinting nearly everything as changing the ratchet arm length changes the pin mounting holes, the sprockets, the drive ratchets, and the pin ratchets.  Basically everything but the tape idler spool.

Clutch, was too good..