I can haz plz

We are creating programmable USB controller modules for gaming, CAD modeling, or video editing. These modules can be used independently or connected together into a single device. Modules can be customized to trigger various hotkeys, emulate joystick axes, or control the mouse. The profile selector module consists of a single rotary encoder, a single button, and a ring of 6 RGB LEDs. When connected to the other modules using I2C, this module is used to select the profile for all the modules. When used on its own, it uses the dial to select between hotkeys which are activated on pressing the dial. 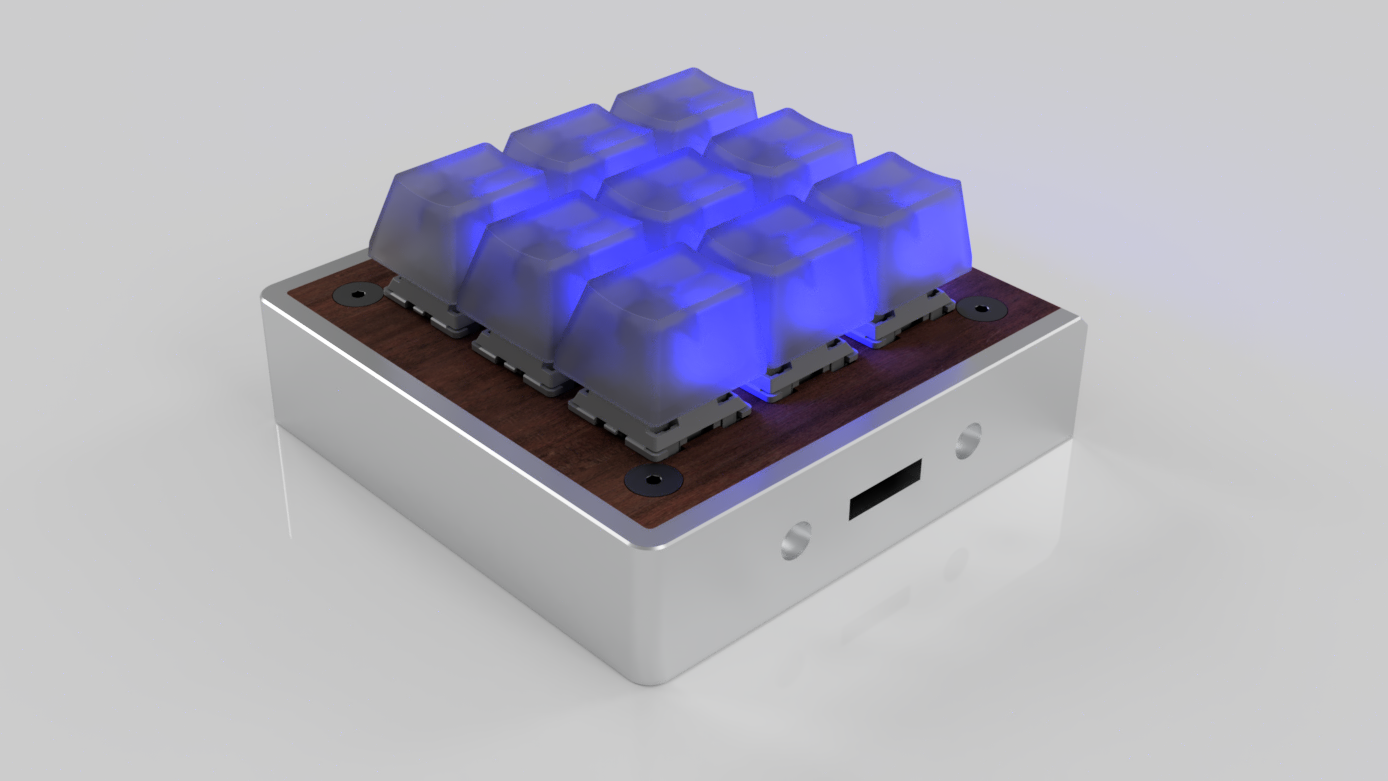 The keypad module is a 9-key programmable keypad. Each key can programmed to activate a hotkey, such as to uploading or verifying a sketch, toggling comments, or various CAD functions.

The dial module consists of four rotary encoders. The dials can be used for a variety of functions, including scrolling, moving the cursor, or emulating a joystick.

The fader module consists of three faders. The faders can be used as joystick axes or for other functions.

In case you don't know: 'Palette gear' is almost the same.. but yours is way more beautiful ;)

I also made a simple prototype a while ago but i struggeled with the usb communication. would be cool if you give some insights on that.

There is something inherently satisfying about seeing such workmanship. One suggestion, on the side(s) with pogo pins, make the aluminum half the width so everything combines to the same size outline. You could have edge caps for unconnected sides with a chamfer to match the rest of the edges.

Specs to ease the creation of custom gear compatible with the "most versatile durable modular storage system."
Project Owner Contributor