If you own a cut plotter you can try this alternative approach on creating experimental circuits: Cardboard-Circuits

There are many ways to create do-it-yourself electronic circuits. The available options include (amongst others) free floating quick and dirty installations, breadboard circuits, strip board circuits, self made printed circuit boards and professional made circuit boards. Each way has some pros and cons.

If you own a cut plotter you can try this alternative approach on creating experimental circuits: Cardboard-Circuits

A few years ago I experimented with copper foil cut plotting and recently found that someone else did too at about the same time: https://www.instructables.com/id/Flashy-Copper-Foil-Circuits/

So it seemed to be a good idea to dig out my old workflow, refine it and mix in some new steps.

1. Use KiCad to create circuit and layout. 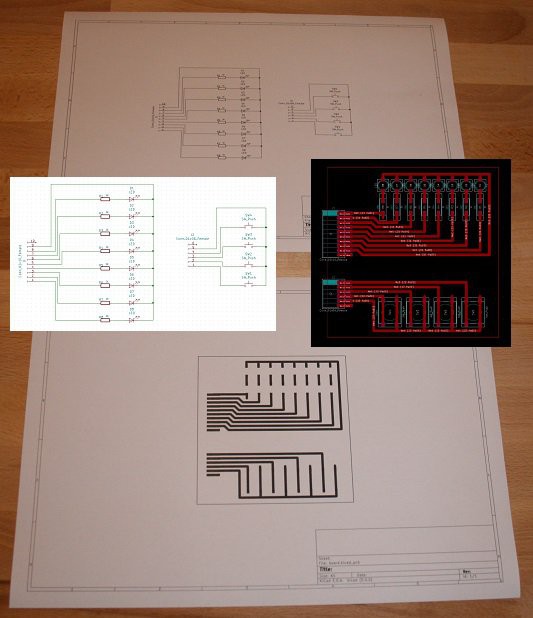 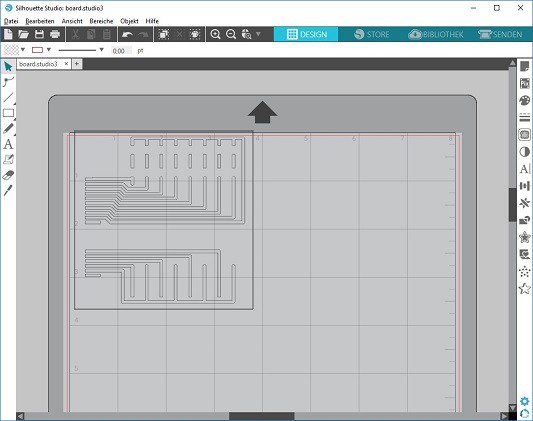 3. Prepare the cut plotter with copper foil and cut the layout. 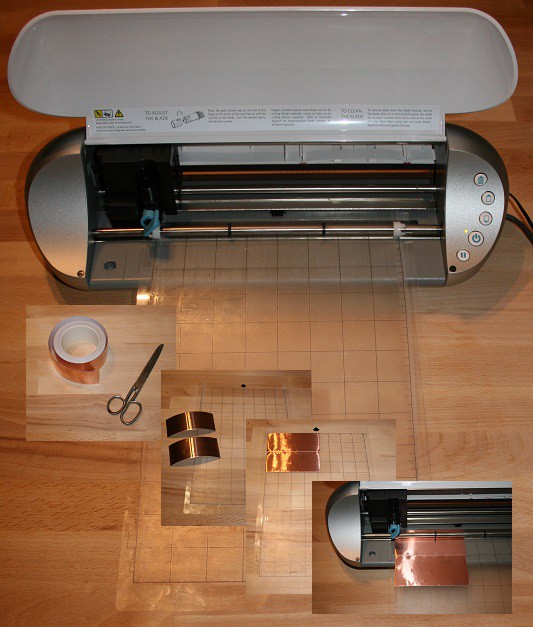 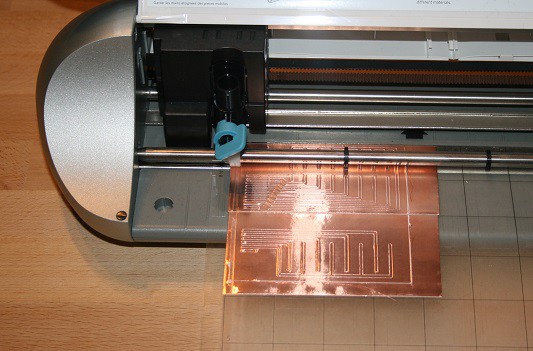 4. Remove the unwanted parts from the cut layout and transfer it to the cardboard. The result is the final cardboard-circuit.

Now for each copper foil stripe:

6. Connect and test the build up cardboard-circuit.

The above procedure works for mid size experimental circuits. It requires some additional care when designing the layout but it avoids the complexity of making a printed circuit board.

Looking for more? Become a patron at https://www.patreon.com/ludwiglabs and help me to create more content.

Some information on what to do with e. g. a cardboard-circuit simple input/output interface: https://hackaday.io/project/162062-arduino-or-1-bit-icu-controls-cardboard-circuit

Incidentally, if you use wide parcel tape and Kapton you can build multi-layer boards... I've done a fair bit of research into laminar technology ;-)

I used Kapton tape for flexible circuits too. It goes well along with the cut copper tracks.

I'll try to add some text that describes the involved steps in more detail.