Printrbot may have shutdown, but I want my mini factory gosh darnit

For those of your just tuning in, hello, and welcome. Where we last left off was at a pretty much functional conveyor belt print ejection system for the Printrbot Simple Metal with heated bed upgrade. You can take another look at that below because I think it is pretty cool.

Now you may notice my choice of words here, "pretty much." That is mainly because this project still has one glaring issue, and that is belt tension.

There are two major issues when it come to belt tension, print wobble and print warping. Chances are on a 3d printer you are going to encounter prints that will exhibit both of those issues. To being lets start with the warping.

This is a pretty mundane topic at this point because print warping has been occurring since the dawn of time and each hacker has their own favorite way of preventing it. The problem with printing on relatively floppy belt of paper is that paper isn't particularly rigid. This means that as the print is cooling, the corners of the print will begin to curl, ever so slighting taking the paper belt with it. For this most part this could be alleviated with a raft, but why use one if you don't have to?

The issue of print wobble is a bit more exotic, especially in this instance. The jerky motions that the printer normally makes on sharp corners and infil normally don't have all that much of an effect on a rigid piece of plastic. However those rapid movements cause the print to wobble much more than it would if it was anchored to a proper bed. Not to mention I was using flexible filament which meant this wobble would lead to outright failure.

So what is a hacker to do? Make a better design of course! However there were a few design constraints that I wanted to follow. Mainly I didn't want to really increase the part count of the project; I only wanted to make it out of stuff that I had laying around. I also didn't really want to have any more 3D printed parts. As you can see below the structure really just consists of the 4 corners that hold the bed and then the 2 3D printed rollers. I didn't want to add any sort of separate idler or tensioner for the belt to run through

Below you can see the design that I came up with.

You'll notice that it is very similar to the picture I posted in the previous log. However this mount has a wider "jaw."  This design is taking advantage of the fact that the four holes on the corners of the heated bed are threaded. The basic idea of this design is to use long M3 screws almost like threaded rods. With this method, the basic idea is that you mount the heated bed at the bottom of the "jaw" with the screw, and then attach the belt. as tight as you can make it by hand, and then you just turn the screws, thus raising the entire bed up, and tensioning the belt. It's a bit hard to explain.  Check out the animation below.

Imagine that the nut is one corner of the bed. Also note that the screw isn't actually being screwed into the plastic. It is just seated in a hole to keep it stable.

With this new design in hand it was just a matter of printing some replacement parts and swapping things out! But of course once you fix one problem another one arises.

My first print on the newly tensioned belt went very well, and made the entire assembly much more robust. However there was now a new problem. My tiny little motor couldn't handle the increased load! I had originally been using a normal servo motor that I hacked for "continuous rotation." By that I mean that I cracked it open and just soldered the power wires directly to the motor.  I really didn't care about position tracking, just the gear box that the servo provided.

So here is my Franken-Servo. It's pretty much as hacky as it gets. The datawire isn't even connected lol. This little plastic gear box was adequate when the belt was all loose and floppy but now that we have properly tensioned belt this little guy isn't going to cut it. Not to mention the little homemade driver board couldn't handle the current. I shouldn't really have been surprised considering I was just using a SMD linear regulator soldered to some header. Always room for improvement!

That is why I decided to upgrade to something a little more legit. I made a really simple driver board based around the DRV8871 motor driver and the classic 7805 linear regulator. Based on the constraints of the linear regulator the board should be able to give the motor about 1.5amps sourced directly from the 12v power supply of the Printrbot. That hopefully should be plenty. I also spent a minimal amount of time on the pcb so there are probably going to be some problems but oh well.

I also plan on upgrading to a new motor with more torque than just the servo. It has an all metal gear box and a gear reduction of 1:90 which should be enough to eject even the largest prints on the tightest of belts. The gear is also keyed which is convenient. Hopefully it won't be too much heavier than the servo. 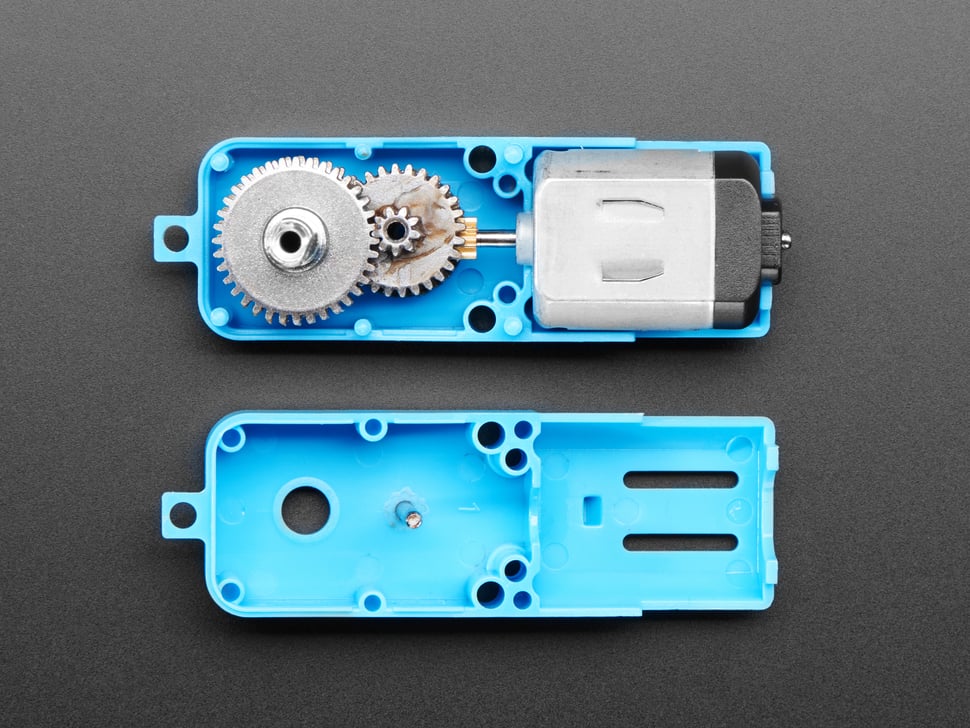 For now that is all I have. I will eventually post a BOM and maybe even show how I made the belt out of paper and kapton tape if anyone asks. I will post my next update once I have upgraded the motor driver and the motor itself!

This is insane, I can't believe more people haven't seen this.

I made an account just to comment on this project lol. I don't know why it hasnt gotten more attention but I would really like to do this to my Printrbot Simple Metal too

This looks awesome! Are you interested in uploading the CAD for the project so that others can benefit from it or help you out?