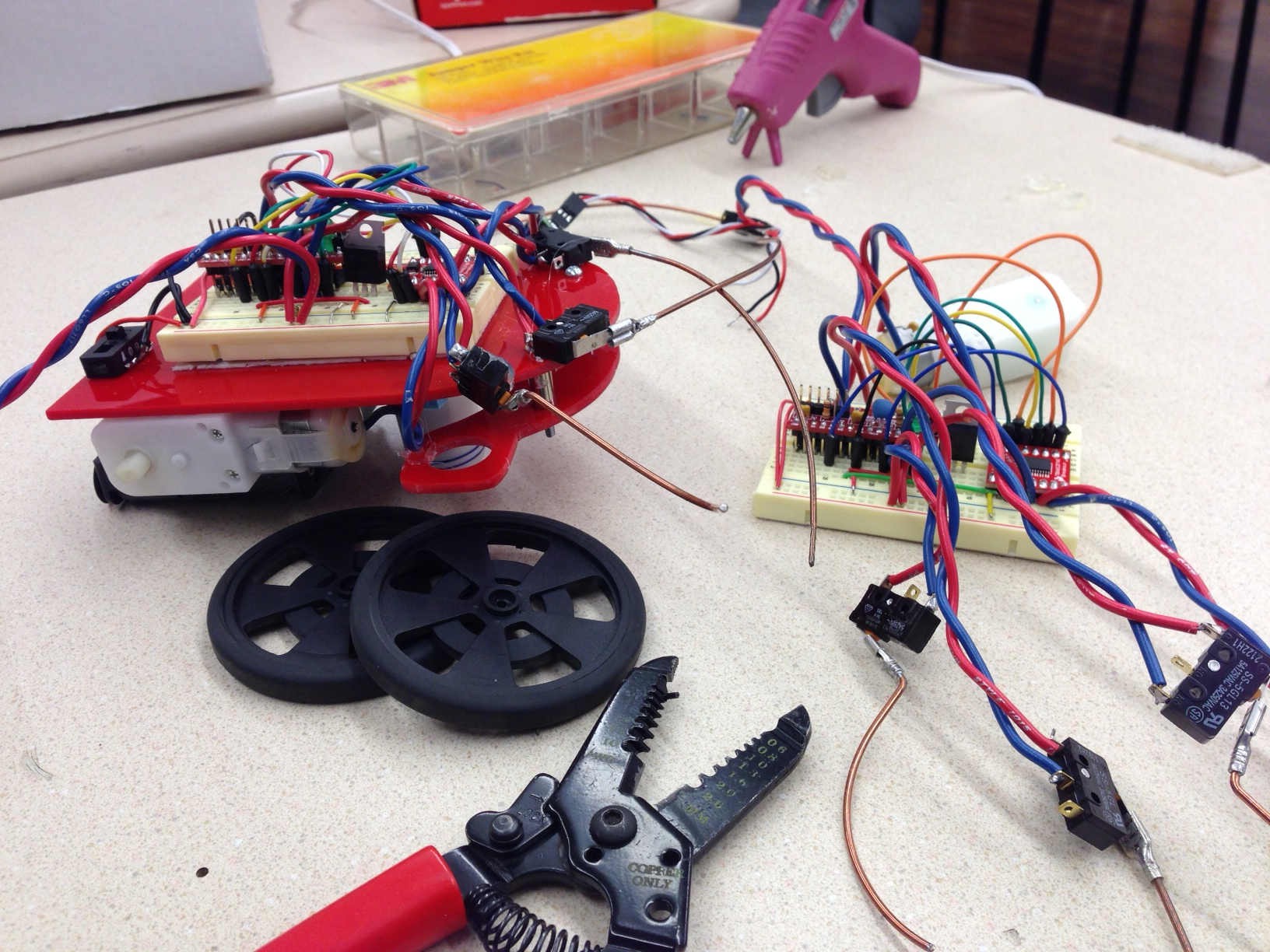 Welcome to the PS1 Robot Repair Shop! Want us to check your oil while we're here?

As stated in our previous post, we decided to take a step back with the 'bots. You can see Frankie up on blocks as we tried to decern what was causing the erratic behavior, as well as Johnny's new (and as yet disembodied) nervous system. We're still not sure what was causing Frankie's freakouts. We repaired a couple spots that might have been shorting, and we disconnected the new edge sensors to take that variable out of the equation as well. Whatever the problem was, it disappeared.

To find out what was wrong with Johnny, we literally stripped him bare. This ad hoc autopsy revealed that some complete moron who shall remain nameless (Greg. It was Greg.) managed to get hot glue into the breadboard and it was keeping the motor controller from getting power. Once all the components had been transplanted to a new board everything fired right up.

Now that we were back up and running it was time to turn our attention back to our original problem: reliable edge detection. We were pondering if we might be able to make the new sensors work, or if we would have to resort to a more expensive option. However, there was a third possibility to try first. It occurred to us that we weren't really thinking like hackers. Instead of trying to find sensors that fit the bill, why not try to make the original contact sensors (the cheap and simple ones) capable of doing the job? We decided to give it a shot. 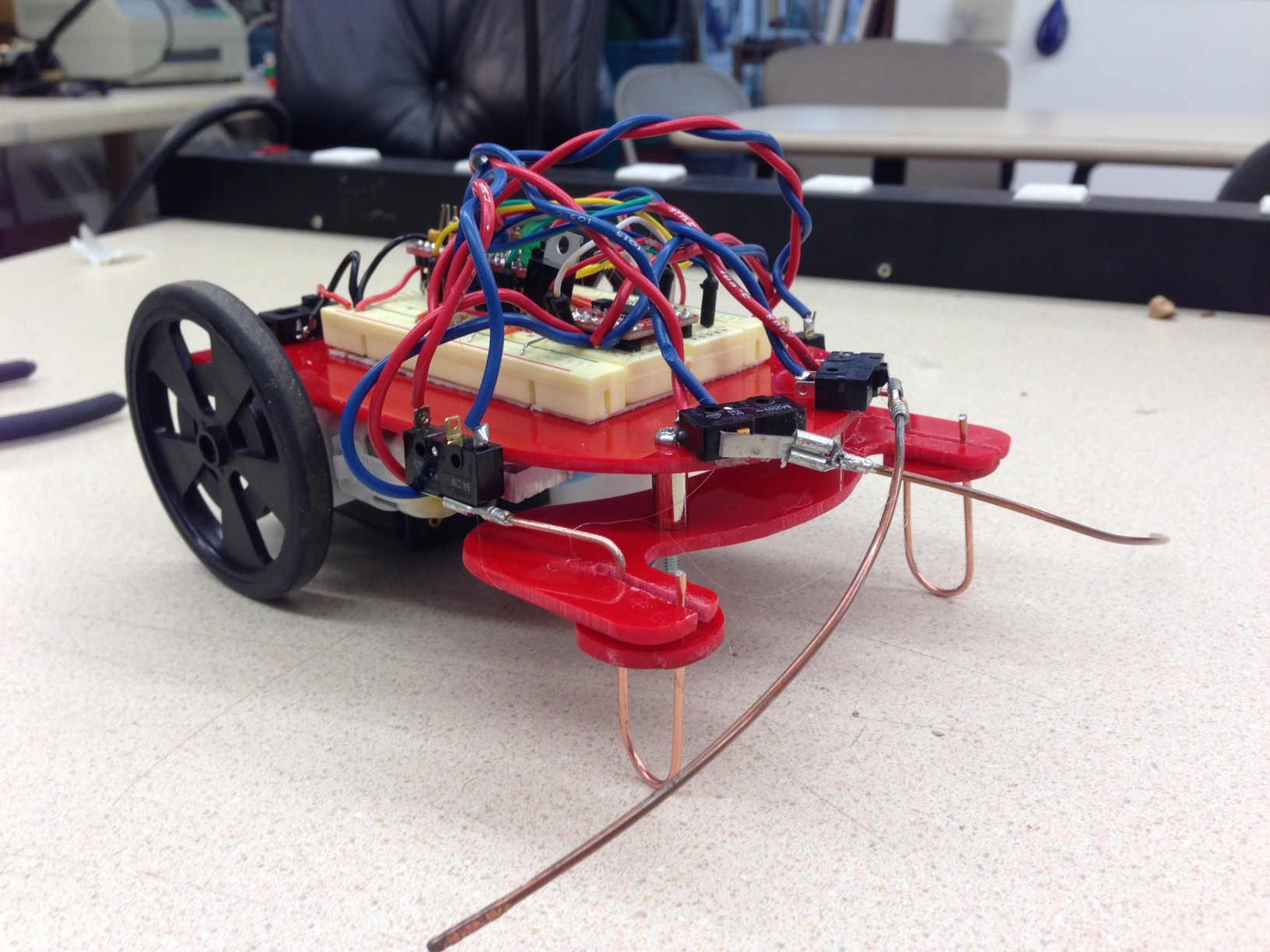 We mounted the switches in their original positions, and cut a new piece of acrylic for the new design. The feelers now move through a slot in the bottom piece, which limits their movement to the up and down axis only. Also, the new 'buttons' mounted on each feeler rest flush against the bottom piece when they're in their normal position, which reduces the tendency for the feelers to twist while the 'bot is turning. Our testing has been a bit limited, but it seems to at least be a proof of concept, if not a flat-out solution.

So, it seems we're kind of back on track. Next up will be to tweak the design, and make Johnny a set of his own so we can test further. The future isn't completely bright yet, but it's a lot lighter than it was last week...

You Better Not Pout...