A robot arm kit that works with the Raspberry Pi

I've put some effort into improving the stability of the mechanical design for the grip. Here's what it was like before: 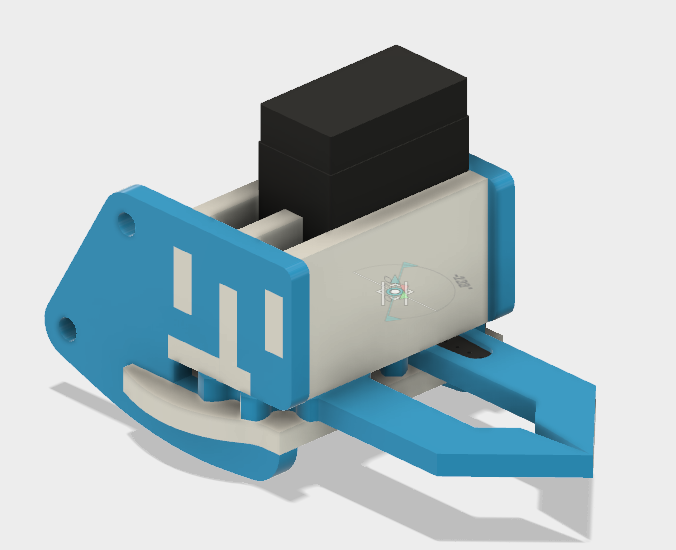 You can see that the blue sides push on and then are held in place by the base which slides in. I found that the top of the sides ended up quite loose which is no good. Here's the improved version: 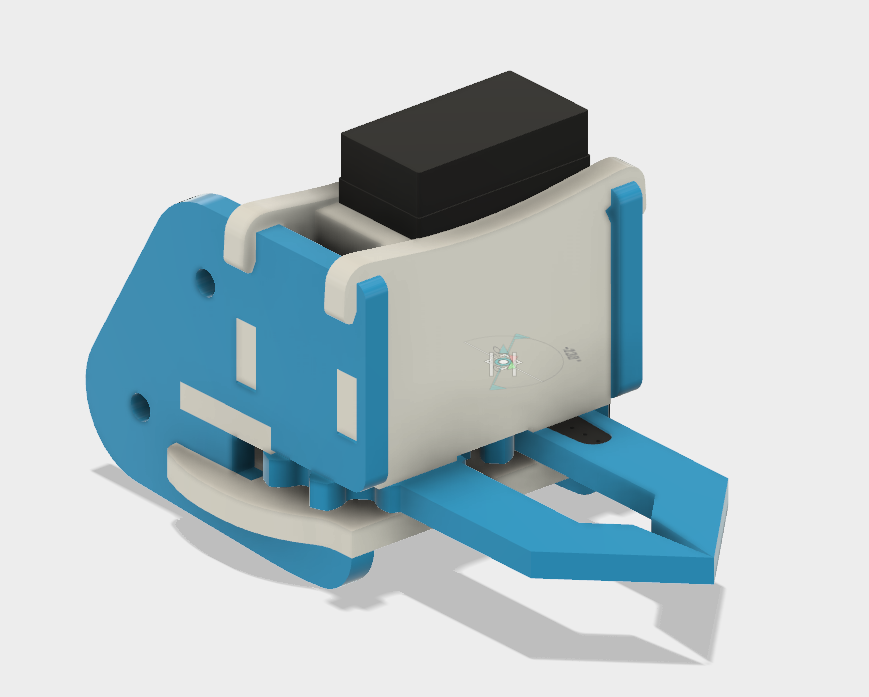 The blue sides now hook under the white tabs at the top and then their bottoms are locked in place by the sliding base. It's a variant of the assembly technique used in Mirobot but it's quite a neat trick that I'll detail in another update. One of the side effects of this technique is that there are a lot fewer screws used in the grip now; it's down to 1 from 9! There's a single screw which now locks everything together.

First Prototype Up and Running