Characterise relay performance data as a one-shot or over millions of operations.

Not having access to my own lab while travelling I used the very nice Makerspace in Penang, Malaysia to just hook up some modules I got by mail order to some parts I got from the shelves of the space to cobble up an ugly contraption worthy of being called a hack. ^__^

I got an Arduino Nano (not used as an Arduino, just for the '328 on a PCB with USB), a SD-card reader module, a Nokia LCD module, a LED voltage meter module, a boost SMPS module (which I promptly lost, therefore not visible yet on the pictures, a replacement is on order) and a handful of miscellaneous parts like a LM317 variable vreg with a potentiometer, a LM7812, a IRF640 MOSFET, buttons and a Rotary Quadrature Encoder on a small donut board.

Patched together with single core hookup wires it looks like a total mess from the bottom - the top looks a bit better though. :-) 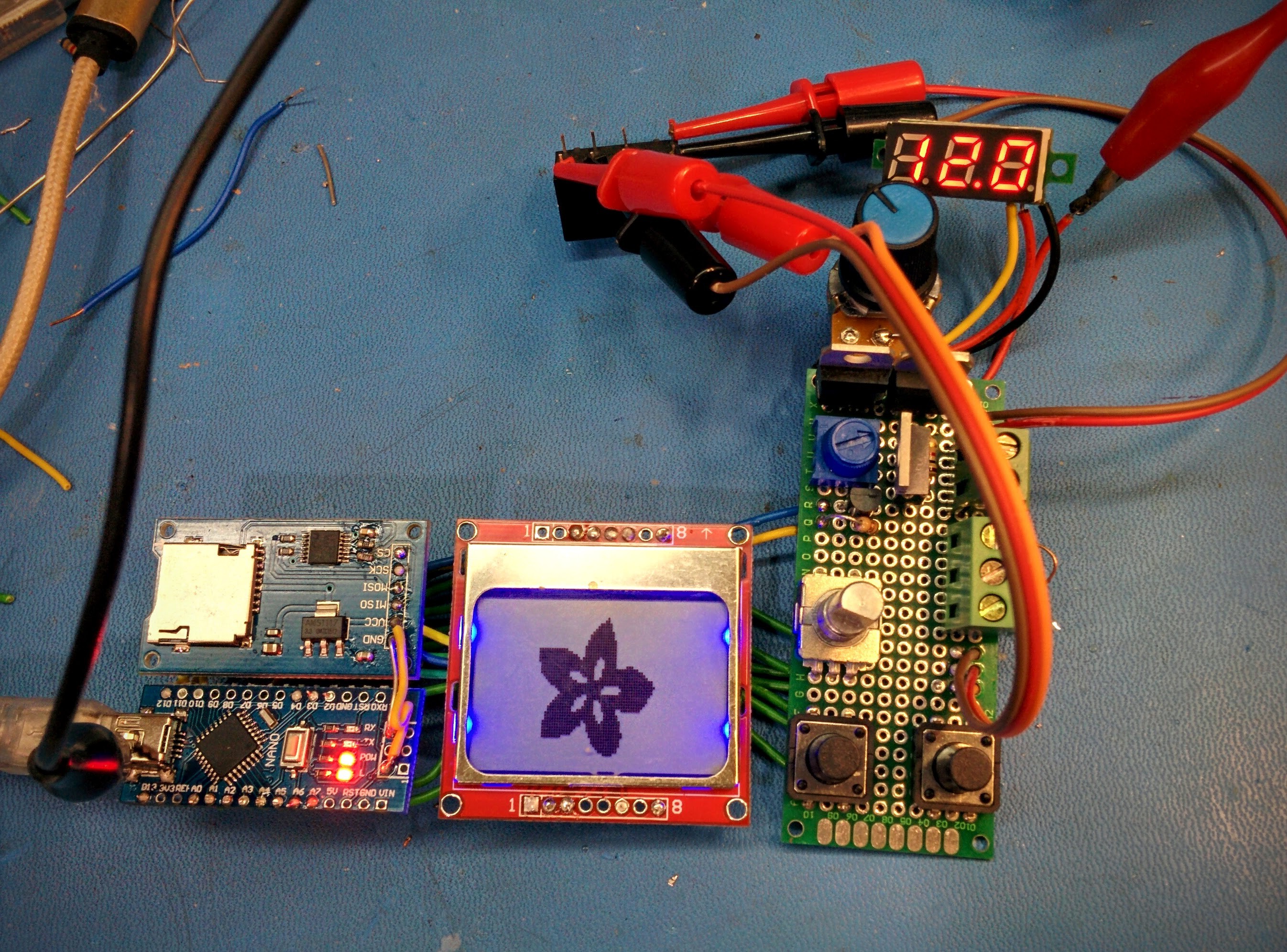