So its been a number of days, I have been over both my NES motherboards inside and out. The first has a dead CPU, the other CPU is on its way out, off to EBAY!

I found a "dead" NES for a cheap price. The case has many busted parts in and on it, and the electrical malfunction was "flashing red light". The flashing red light 99.9% of the time is the 72 pin card edge connector, in which the cart is pressed down at an angle into a fixed set of pins (ugh).

A couple years ago I got most of a "Game Genie" cheat device in a box o junk sale. I removed its 72 pin connector and mounted it on some perf board, originally to make a cart dumper (which never happened). Since I already have it sitting around I plan on using this connector in my nintoaster, but it also makes it handy to test board out. 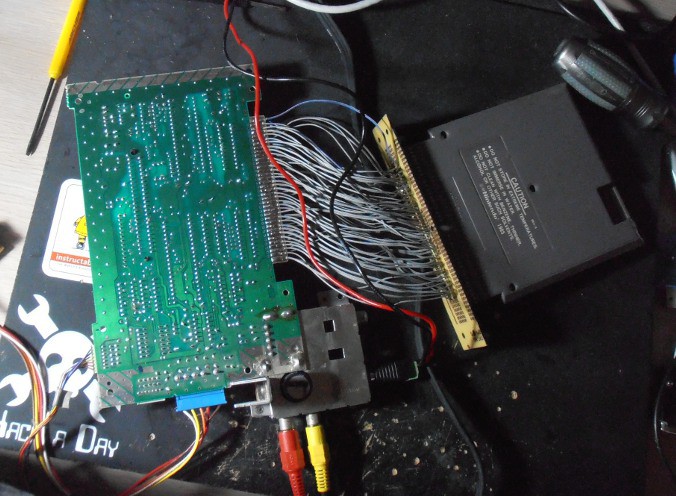 Getting rid of the funky stock U shaped junk connector and soldering up a good clean connector the 3rd unit instantly sprang to life. Remaining plastic parts of the NES are on their way to others who need them. 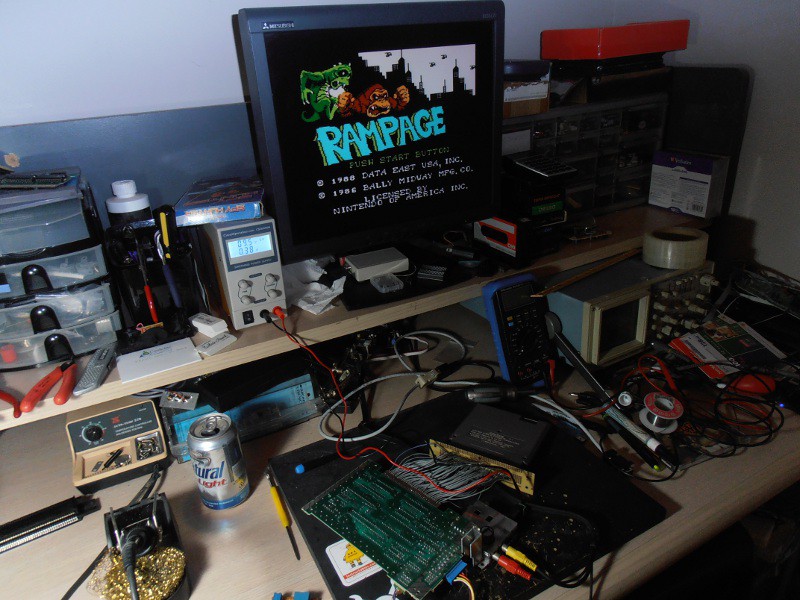 Next I need to remove the bulky RF modulator, it sticks off the board quite a bit and there is no real reason to have it. Of course its a large metal can soldered to ground plane, but honestly not that hard to remove if you heat one leg up at a time and pry at it a little. 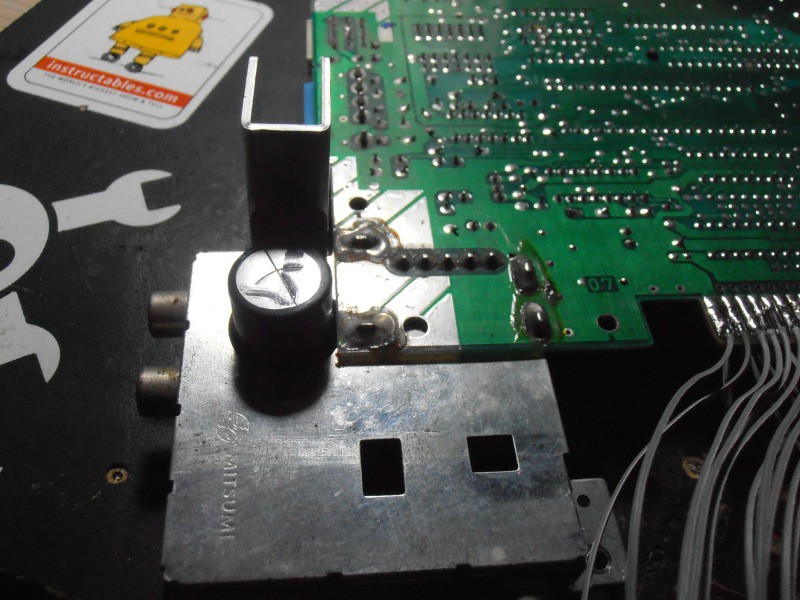 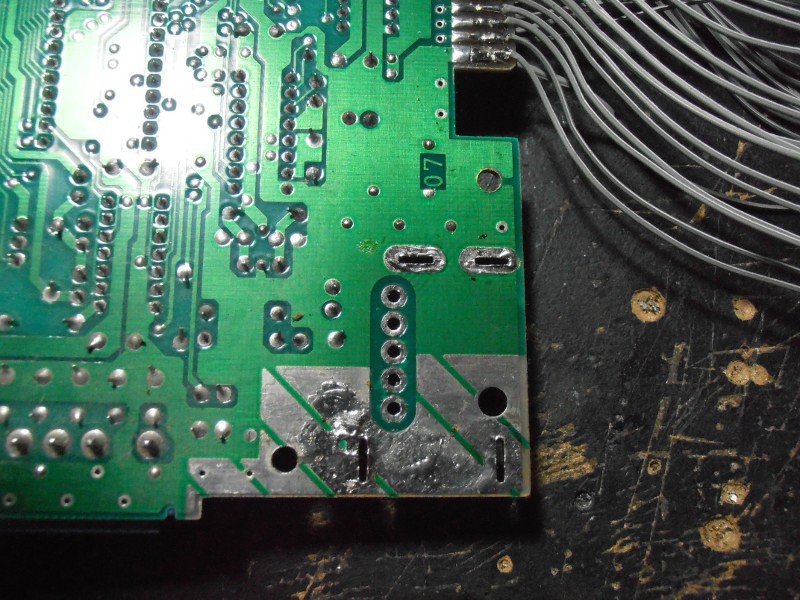 Removing the modulator also removes the final video amp for composite, and a 7805 voltage regulator. I don't care about the regulator, they cost a whole 25 cents on digikey and should be replaced anyway after 25+ years of slowly cooking inside the console. 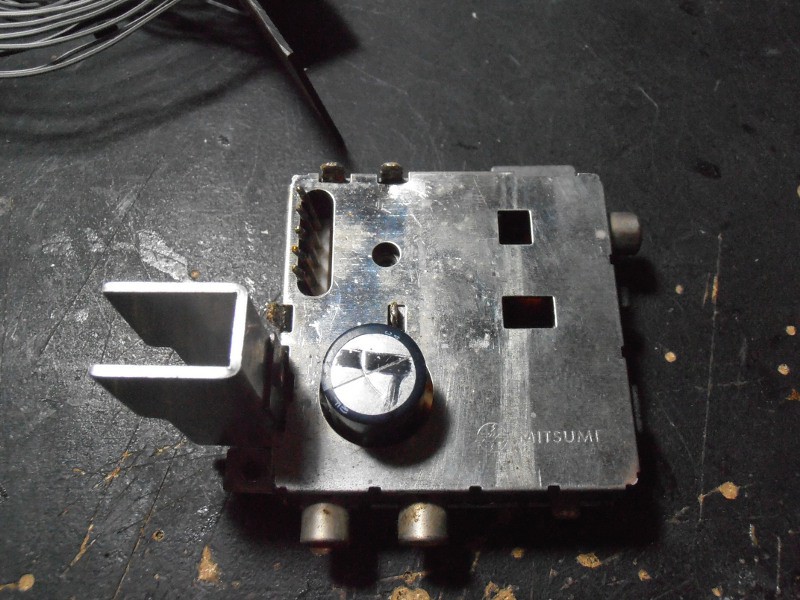 The video amp does need to be replaced, and one can do a simple transistor amplifier to remedy that, but I don't do simple. I am using a Fairchild FMS6363, 3 channel video driver with 6th order filtering intended for component HD output. I have used this family of drivers in the past with good results. The driver ensures a proper signal level and the filter drasticly reduces flicker, dot crawl and artifacts that these old machines produce. 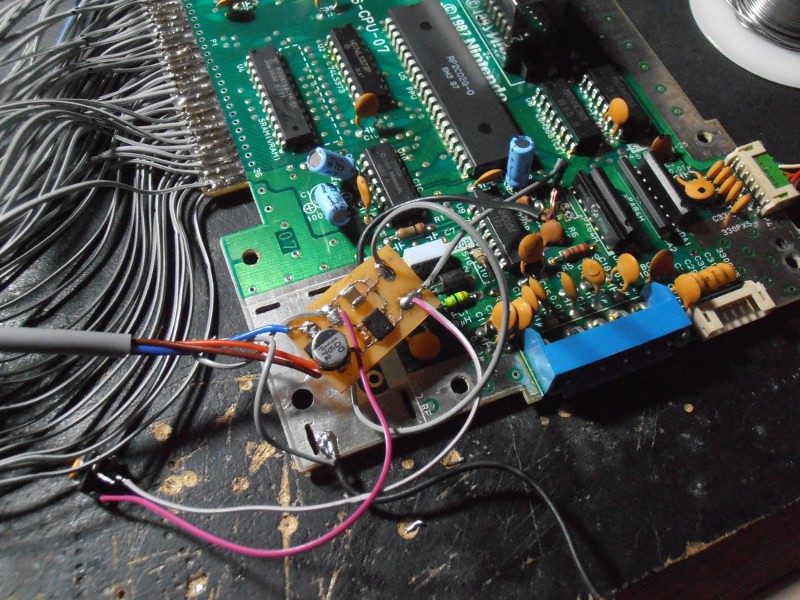 At first glance you may not be able to tell much difference but just zooming in a little you can see the artifacts from the edge of the truck are dimished. In motion the picture is very stable on my TV tuner card, HDTV, and Trinatron CRT (which looks pixel perfect) 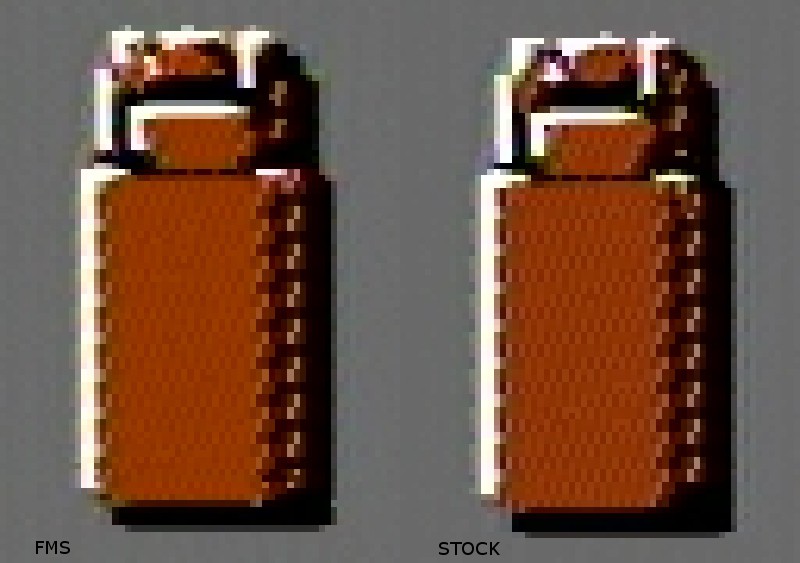 Now that I know I have a working machine, there's another mod or 2 to make, I need to redo the cart port wiring so its not a rats  nest. and print / make a dedicated video amp tweaked out just for this machine.

Plastics should be here this Friday and I can hopefully get started cutting / milling that as well, project is moving along again so Stay Tuned!

They Are All Dead!

Cheap Plastic From the Local Store