This projects tracks my efforts to develop discrete LED-Transistor logic building blocks and designing a CPU from them.

The ALU board is quite a bit more complex than the datapath board. To still be able to meet a <10x10cm² footprint, the layout had to be densified compared to the adress-datapath board.

The circuit of one slice of the ALU board is shown above. The number if dual-diodes is quite high in this design due to wide-input AOI gates used as multiplexers for the boolean units. The XNOR gate on the right side is based on a cross coupled transistor pair. No LED could be used here due to stacking of several PN junctions in the current path.

Eagle was used for the layout, making extensive use of the block functionality. Since only a two layer PCB is used, a good strategy is needed to make the layout as tight as possible.

As a general rule, I used the front side for local interconnects and the power rails. Each slice was layouted with a fixed height of 0.65", which allows placing two gates between the power rails. Copper fill on both front and rear side is used for the ground plane. The rear side is only used for global routing (I/O and control signals).

After doing some estimations regarding copper line resistivity I noticed that it was possible to go to much smaller line widths.

The image above shows a comparison of the old and new polarity hold latch layout. The new layout is much more dense and takes 30% less PCB space. One interesting observation was that going from 0603 to 0402 resistors did increase the layout area, since it was not possible to pass connections below the components anymore. Therfore I stayed with 0603 passives. Using smaller transistor packages was not an option either, since I was not able to source the transitor in a smaller package. 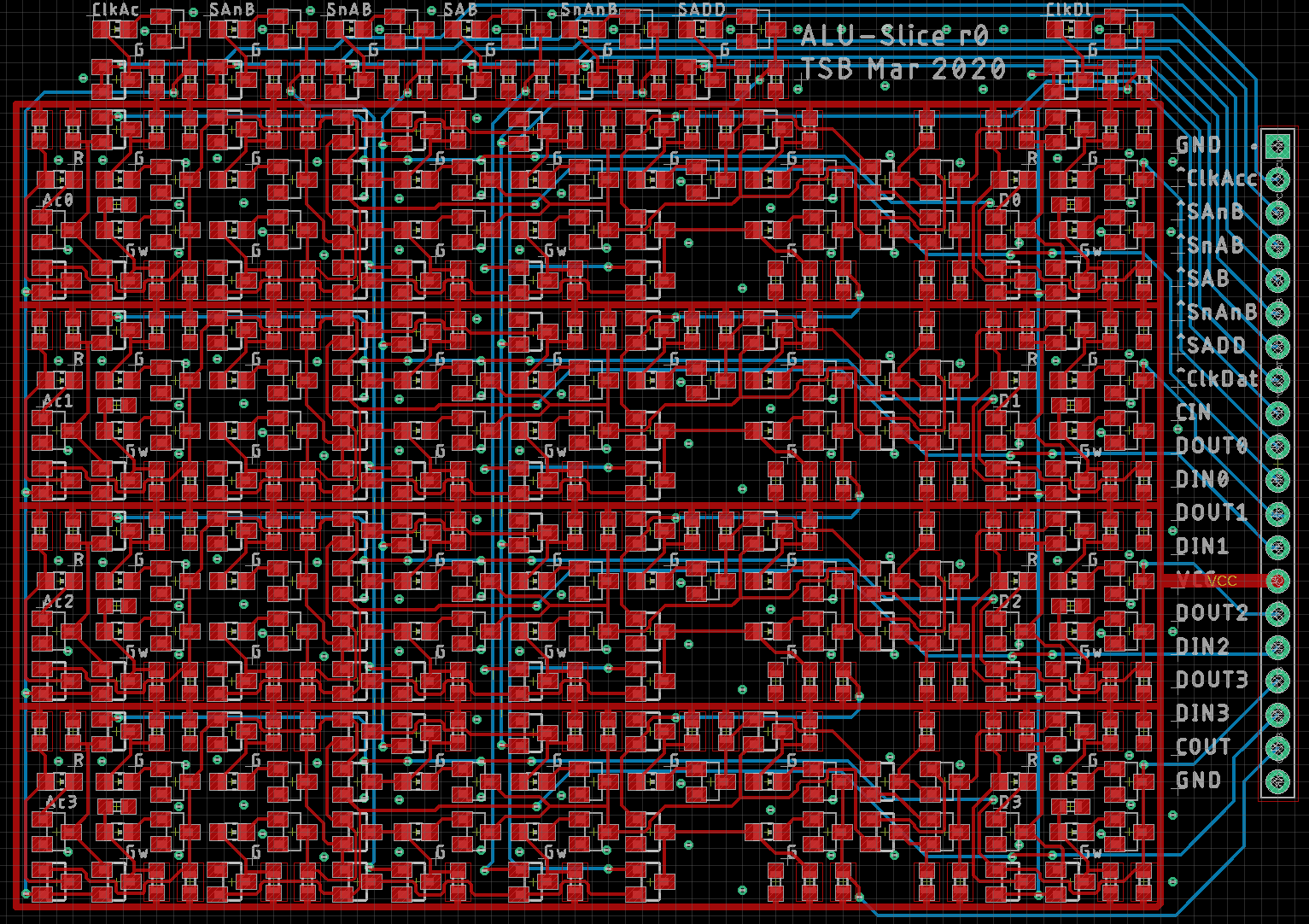 The full layout, excluding ground plane, is shown above. Again, it was possible to fit four bit-slices on one board. In contrast to the previous design, I decided to include buffers for the control signals, located at the top. The fan out of the clock signal on this board is 8 gates. Combining several boards requires a clock tree for proper drive-ability.

Testing the ALU Board