At the moment I'm building a machine frame for testing and also to get a working machine if everything works as planned. I had two MGN12H linear rails laying around so I used them for the Z axis. They are far too long  - 200mm or even shorter would have been enough for planned max workpiece thickness of 50mm. 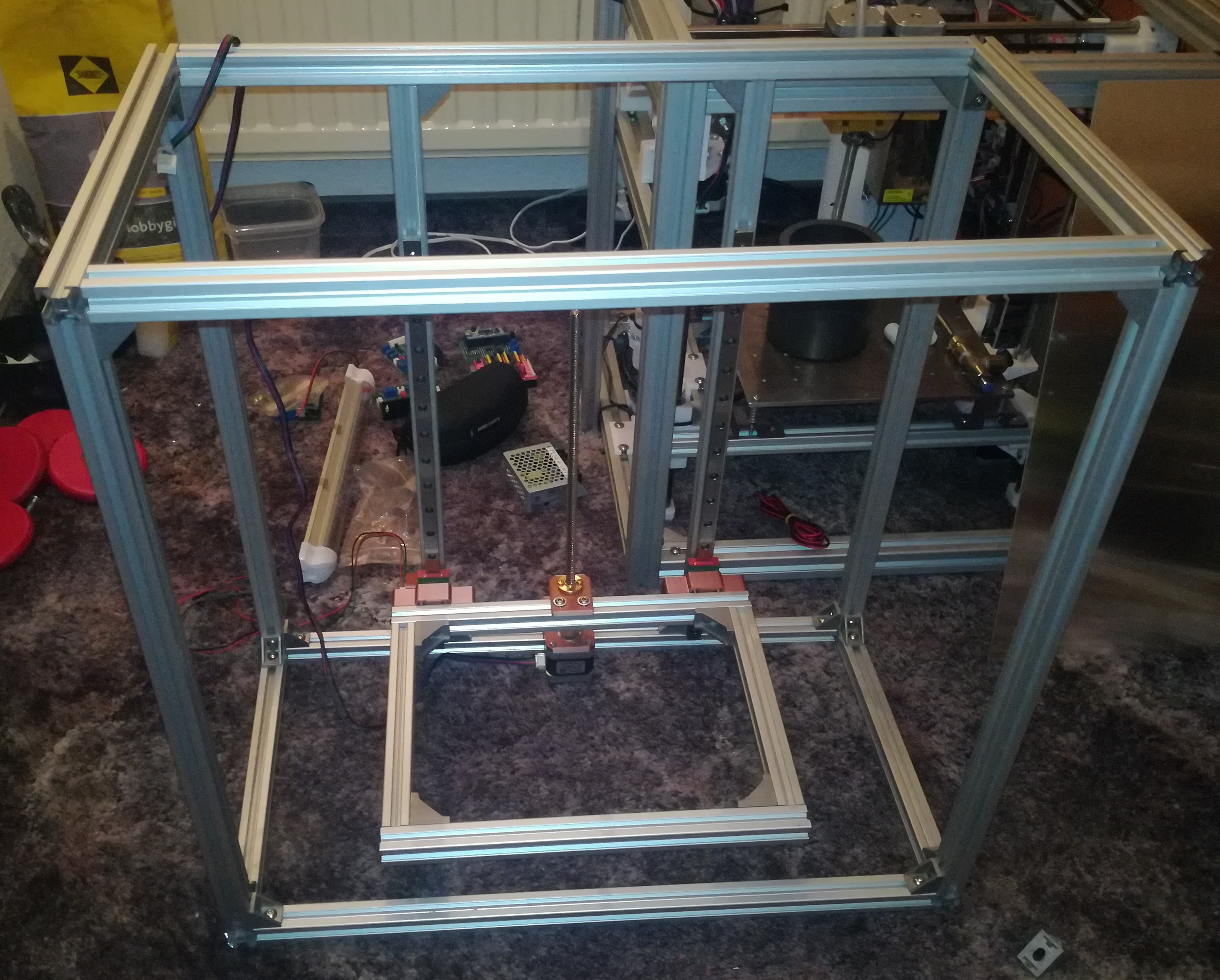 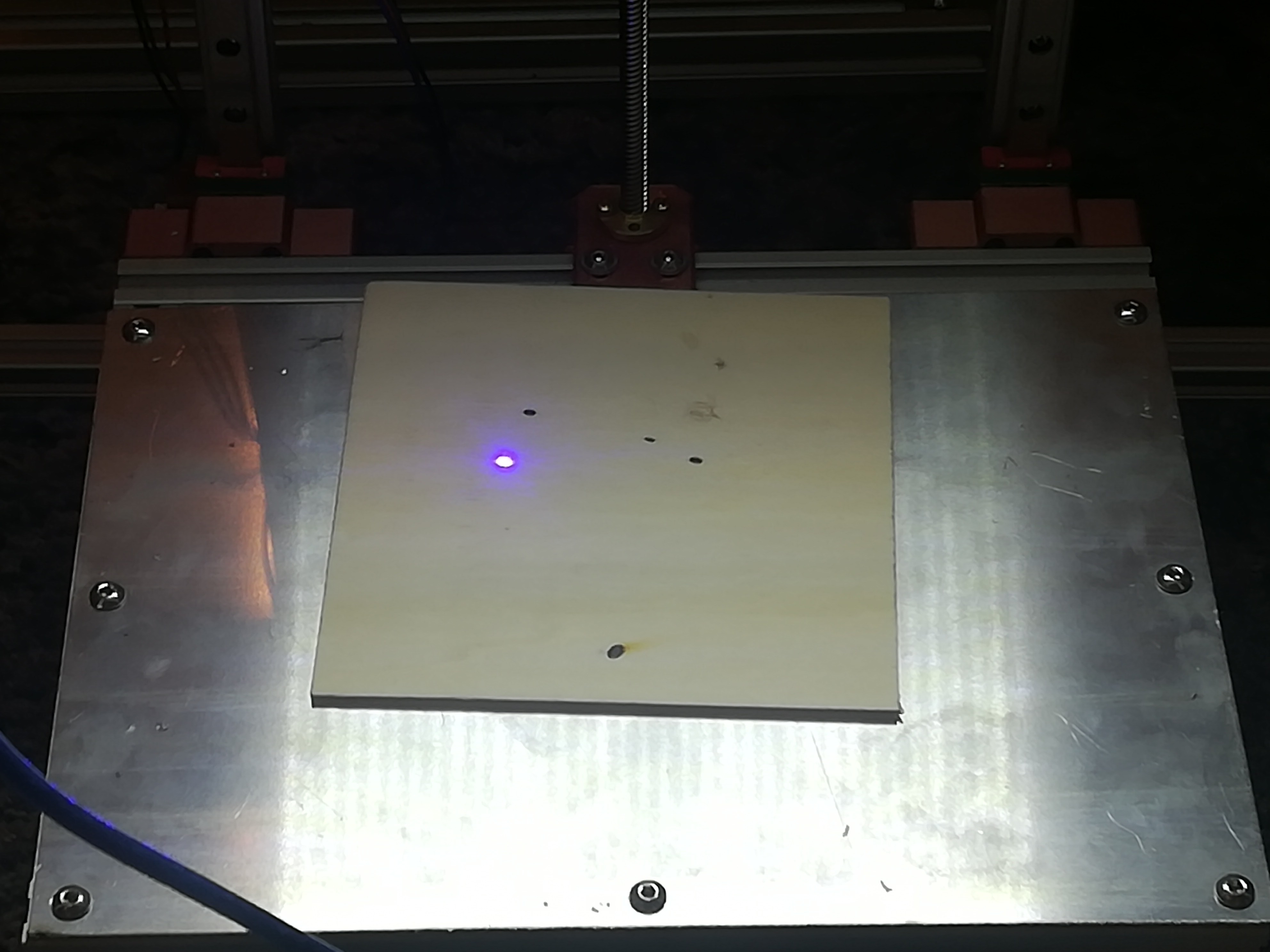 I placed the laser in the cash case for testing whether it can be focused and burn wood at a distance of about 450mm.

The laser was able to burn the wood, but the shape of the laser dot was rather a small line - instead of a dot.

Maybe this can be improved by better alignment of the laser or the mirrors.

Normally this type of laser machine needs a F-Theta lens to keep the beam focused, so it could be, that there is no way to get the right dot shape without one, but I will see....

I read in the laser module product ratings that other customer had the problem with the line instead of a dot, too - so it's not caused by the setup and will likely be solved with a better laser module.

The machine frame is now ready for testing.

If everything works out, I will also add side, bottom and back covers to it.