INTERLUDE: I have a problem...

Well, not with the LC-A, more of a personal problem. At about 3am this morning I couldn't sleep (which isn't abnormal) and was thinking about how I could improve this project even more. Well that turned into thinking about V2.0, and what I could do not only to improve the design but also make my life easier.

So I decided instead of waiting for more of my belongings to ship over from the U.S. (and rely on USPS until next year) I bought a Lubitel 166 instead from someone 50km away. I've owned a couple of the Lubitel series before and they're great cameras - I'm wondering if there's enough space inside to keep everything stock, and replace the focus matte with an LCD? Side note...I also bought a high quality Sony camera module for this one...I'm going to attempt to focus down the stock LOMO triplet lens (note to self: research diopters). Here's the beaut I bought: 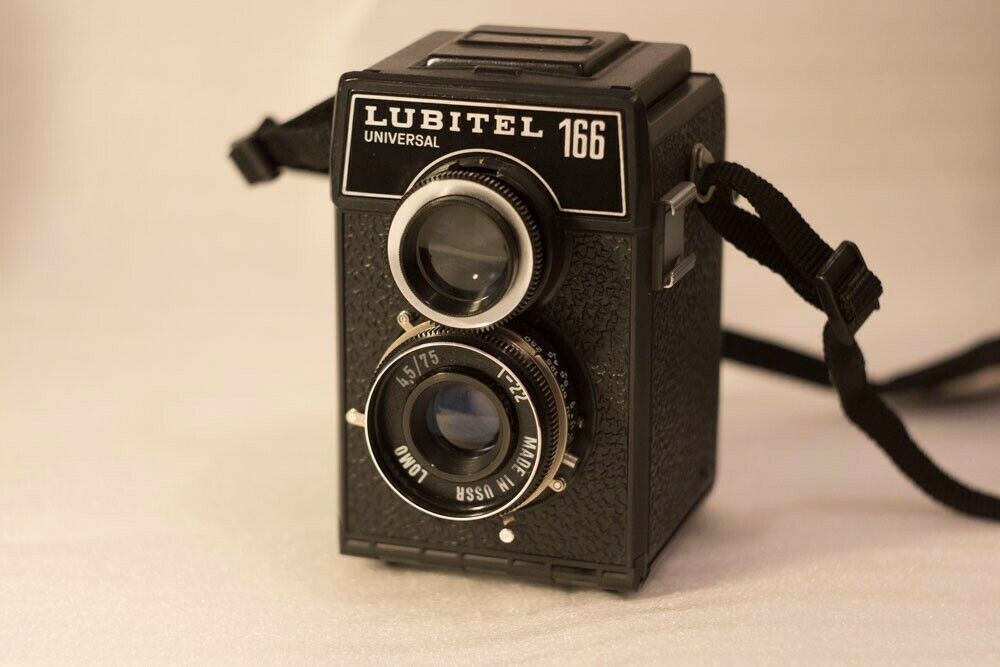 So that's the problem I have. But it's a good one, because I'm really excited to finish both cameras but in particular to play around with keeping the original triplet lens, some sort of diopter as well as the high quality camera module. One option is to frankenstein something out of a lens adapter like I've used with FD canon lenses which have a glass element. I also have 3-4 lenses from loupes, old cameras and one little macro lens that might do the trick. It'll be an experiment in options, that's for sure, but if I have an LCD that will fit the body and live view I can focus manually and then set in place.

If you want to "dive deep" read on below for a short history on the sister Lomo Lubitel 2 camera I wrote many years ago.

A Short History on the Lubitel 2

(NOT the camera pictured above but close, and written by me for the Flickr Group and still semi-applicable):

The Lubitel 2 is the unsung sister camera of the Lubitel 166 made famous in recent times by The Lomographic Society - however the Lubitel 2 has its own charm and beauty, and remains undiscovered by many. The word "Lubitel" ("amateur" in English) was a twin-lens reflex medium format film camera issued by "Leningrad Optics & Mechanics Union" (LOMO). All of the Lubitel cameras were based on the "Voigtländer Brillant" - a German pre-war TLR camera. After several previous models, the Lubitel - 2 was issued - from 1955 to 1979.

The Lubitel 2 label covers the following Lubitel cameras (renamed for exportation) - Kalimar TLR100 (and a few other TLR100 spin-offs), Amatör-II, and the Global-676 (which sounds the coolest of the lot if you ask me).

The Lubitel has a f4,5 - 75mm Triplet-22 lens (abbr. T - 22) consisting of 3 glass elements. The lens can focus from 1,3m. The Lubitel has a hard plastic body, and weighs just 570g. Because of this and some simple mechanics, the Lubitel originally sold quite cheaply making it very popular among young photographers who wanted to learn photography while still creating high-quality images.

You would be surprised at some of the clear images this cheap TLR can make, considering that even in the 50's it was considered a cheap camera. The viewfinder is bright and easy to use! Colors are a little muted, but contrast is good overall.

PART 2: The Camera Module and Lens(es)