Hack a kitchen scale to check that my automatic cat feeder really delivers the amount of food I expect.

It was a bit harder than I thought, but I finally managed to open the old kitchen scale I had lying around: 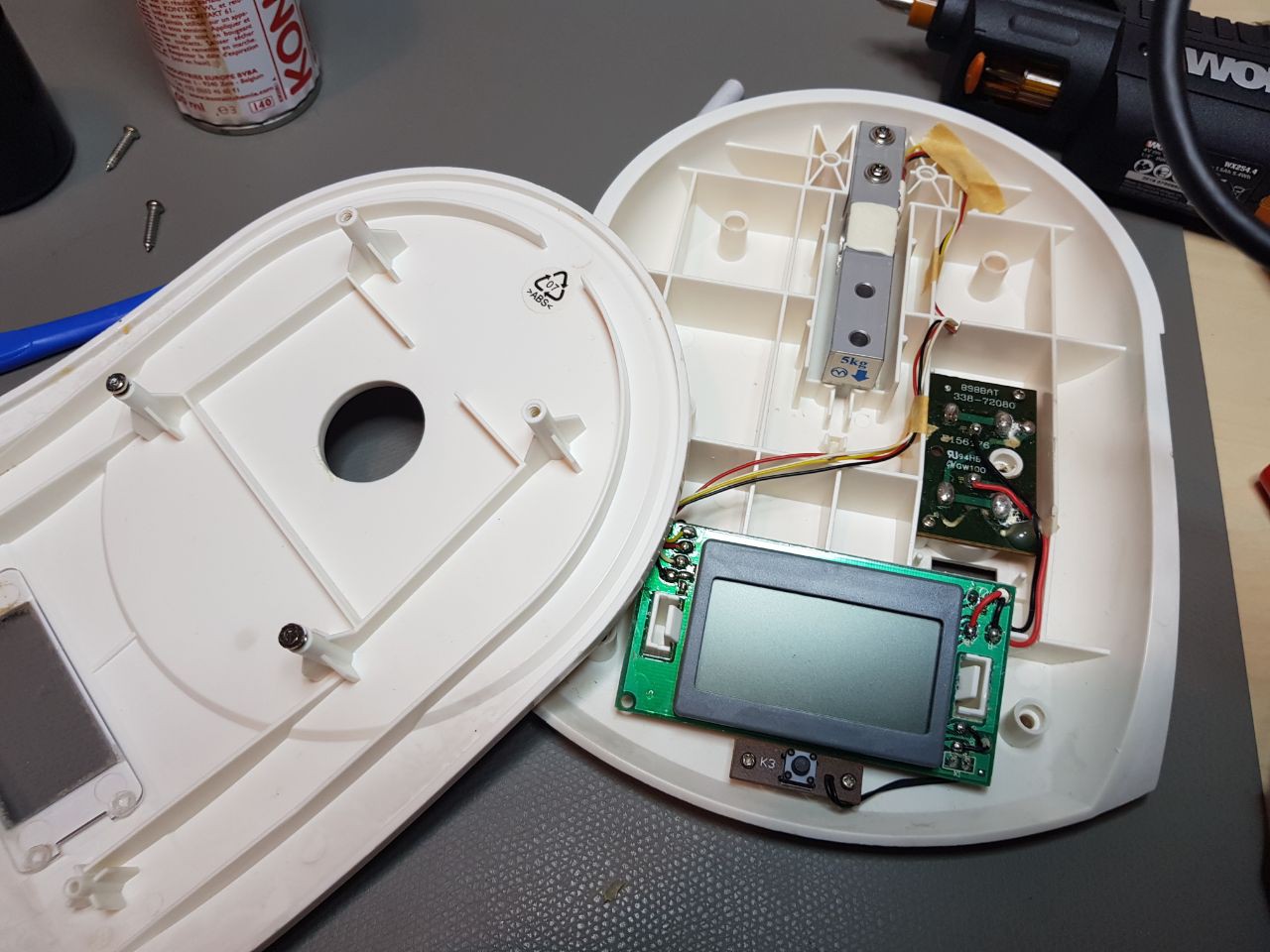 Two of the screws didn't leave their place even though I put some spray on it (just realized I put contact cleaner instead of WD-40... d'oh!). Any attempt with screwdrivers only stripped them more and more. So I took my soldering iron and heated the screws while applying some force to separate the two plastic parts, waiting for the plastic around to soften. Success!

Inside I found what I was hoping to find: a load cell and the handling circuit. And felt lucky to find the analog frontend separated by the IC blob: