I made some PCBs for the adapter!

It's been a while since the last time I wrote stuff about the adapter, but I've been working into something behind the scenes!

It's a custom design for the exact same thing you can see in the protoboards: attiny85 + usb stuff + wii connector + status led. Nothing more, nothing less. Featuring:

And that's it! I ordered 10 units and tested a couple of them and everything seems to work fine both with SNES and NES Mini controllers (although the SNES Mini one requires some special boot sequence, so it needs to be plugged BEFORE powering up the device - yup, a firmware update is required to handle this via software, indeed).

I'm not sure if anyone would be interested in having one of those boards (since it seems I may have some spares after this first experiment). I'm thinking maybe on some small shop or delivery mechanism, but honestly I don't know. Let me know if you're interested and your thoughts about the whole project!

And that's everything I have for this update! Let me know any question or suggestion you may have about the project! : D 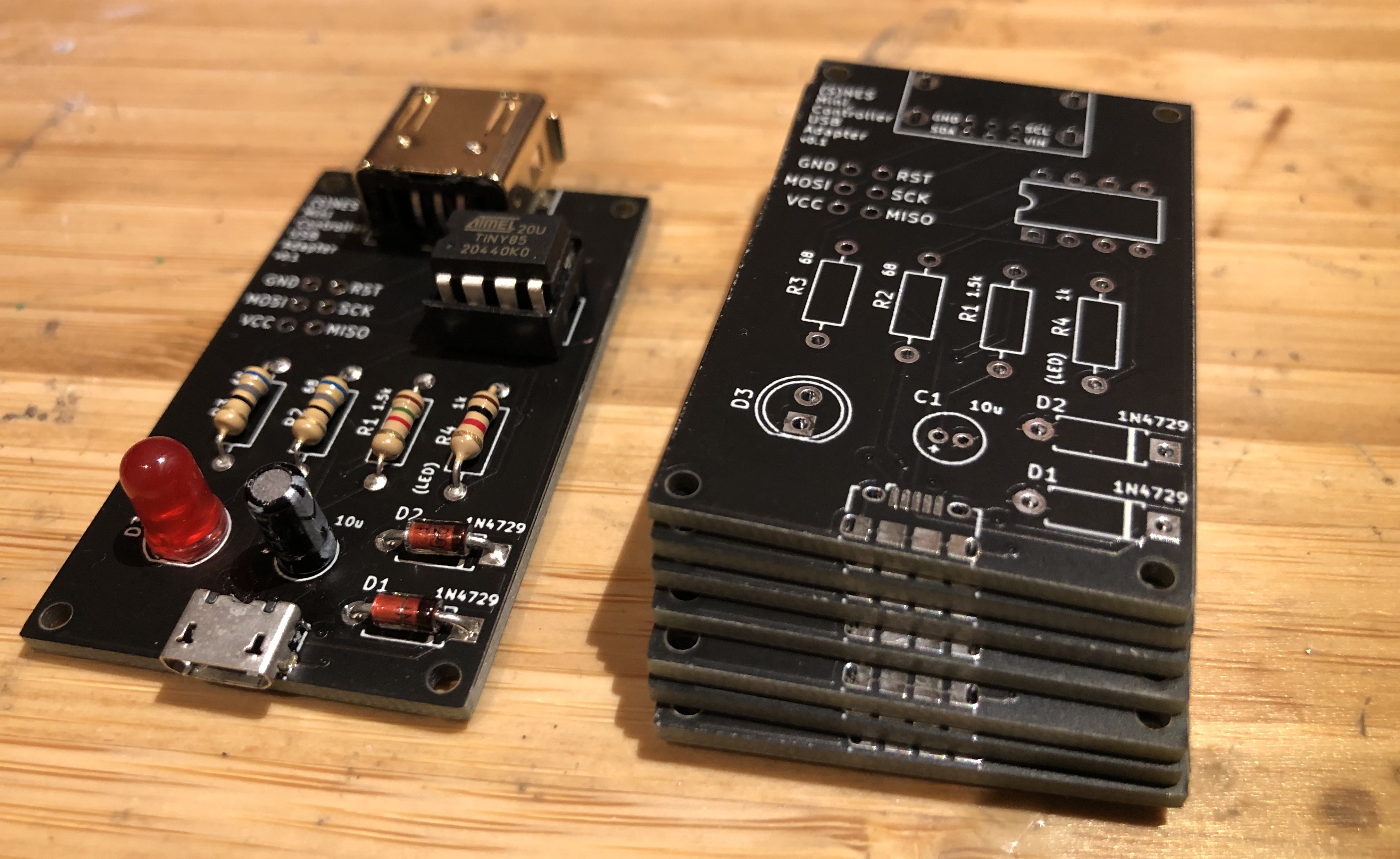 Can this thing work as an XInput gamepad? Some notes about it

Some changes and PCBs for revision 3