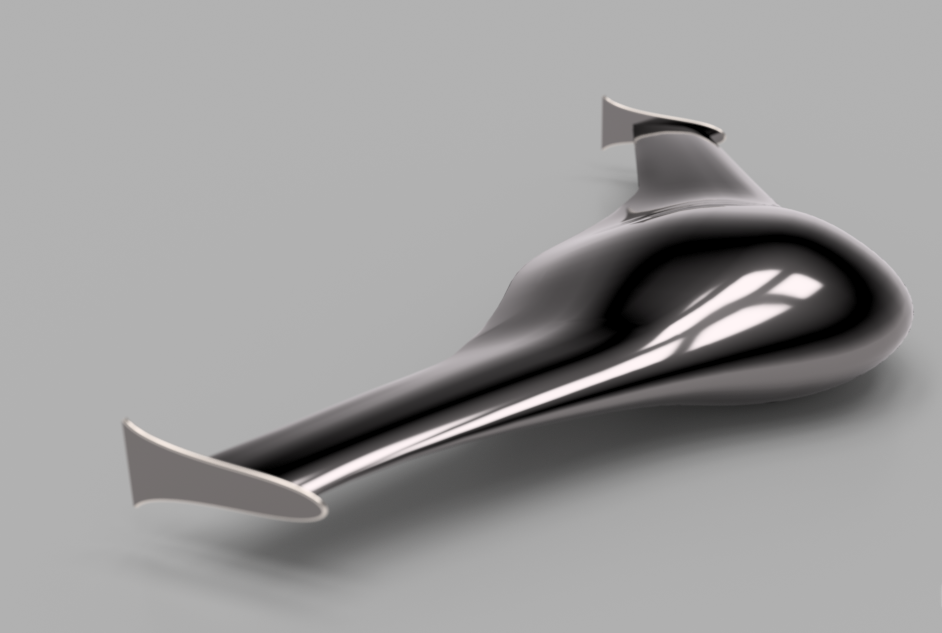 This design was a complete redesign of the first blended wing model, but retained many of the characteristics. This design was made organically, allowing for a larger middle section, which allows for enough space to store the electronics and the cargo. Since we had gained the relevant data and had created a document with the prototype design requirements the problem was better defined and we could refine the design. This design would now represent the final shape of the prototype, however certain details may change to accommodate the electronics.

This design took a far more analytical approach and really improved on each part of the previous design. Firstly, the airfoil was selected based on a paper on BWB aircraft - NACA SC(2)-0518 in the center and the NACA SC (2)-0410 airfoil at the ends. Furthermore, the design itself was altered slightly in a t-spline environment to more precisely model the central section. The fillets near the winglets are smaller, to allow for easier cleaning without directing air over them.