A project log for All About Laptop Display Reuse

LVDS, eDP, connectors and controllers - let's learn it all 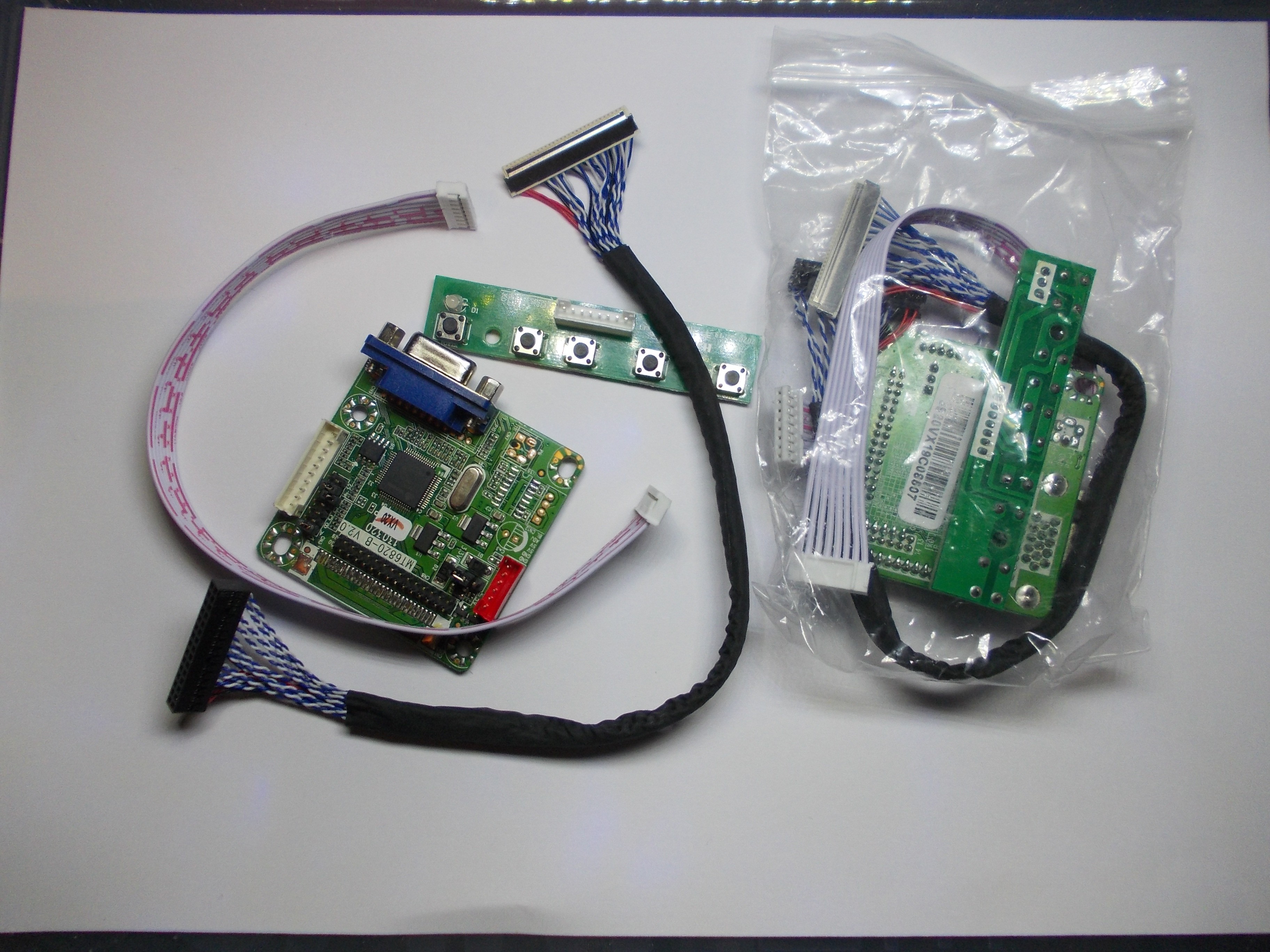 Not all of the LVDS modes listed are actually correctly labeled - for instance, with 1280x800, it's listed as LVDS-2-6, but 1280x800 panels never actually seem to have a 2-6 connection, all of the panels I've encountered using 1-6 - and they're happily driven by the controller when using an 1-6 cable.

Surprisingly, approximately a third of all the panels I tested fail in some way when connected with a 2-6 cable - one had a fullscreen green image, a couple of them refused to work straight away, one would get filled with rainbow colors from top to bottom and not have any reasonable output. This is very weird because one doesn't usually expect the second LVDS lane pins to even be connected on the panel's LVDS connector in any way that'd impact anything at all - however, disconnecting half of the LVDS pins (on the MT6820 board's side) belonging to the second lane (that shouldn't even be sending anything) resulted in all panels working flawlessly. Since figuring this problem out would require me to unfold the controller PCB and possibly damage it in the process, I didn't bother investigating further, and just had half of the cable disconnected while working on these panels.

Oh boy, does all of that not look good for power consumption.

How to find info on your LCD panel?