A project log for Repairing a Delta-Q QuiQ Battery Charger

Sometimes when you throw money into a pit, you miss and hit the other side and actually save some.

To recap, here are the steps as outlined by the instructions I found on the internet:

Okay, sounds easy enough. First things first, removing the charger from the car. On my Zenn, this was a fairly straight-forward process. I would strongly recommend disconnecting the main battery pack and removing the front plastic on the car. Its about 4 bolts, four plastic clips (which will invariably break when you try to remove them) and the whole operation should swing away from the car by some pivots up by the lights. Unclip from the lights and you can remove it in one piece. You will see the QuiQ on the right. 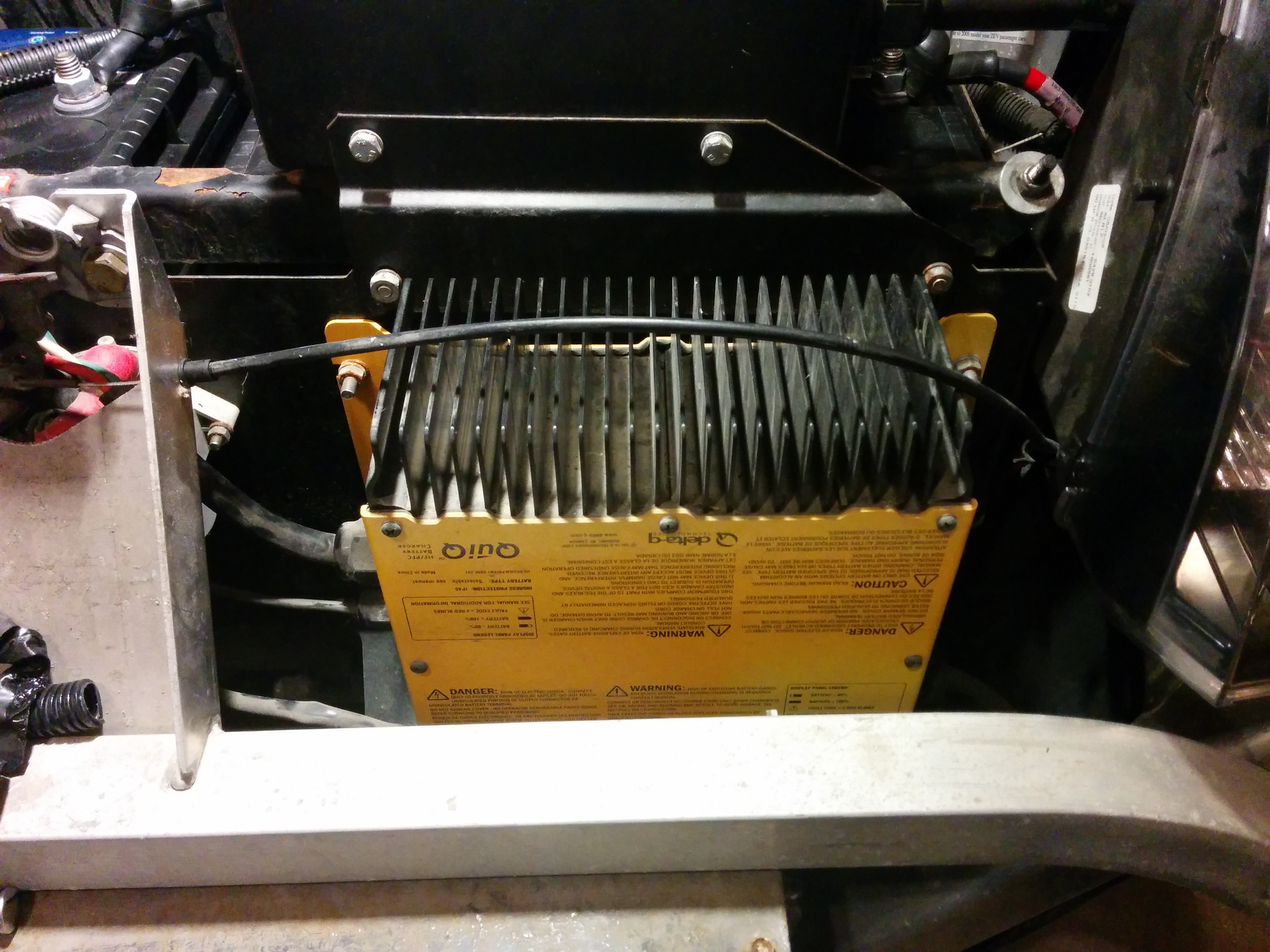 Disconnect the charger and unbolt from the car. The cables are kind of hard to get at, but aren't too bad. Watch the ground screw on the right-hand side. 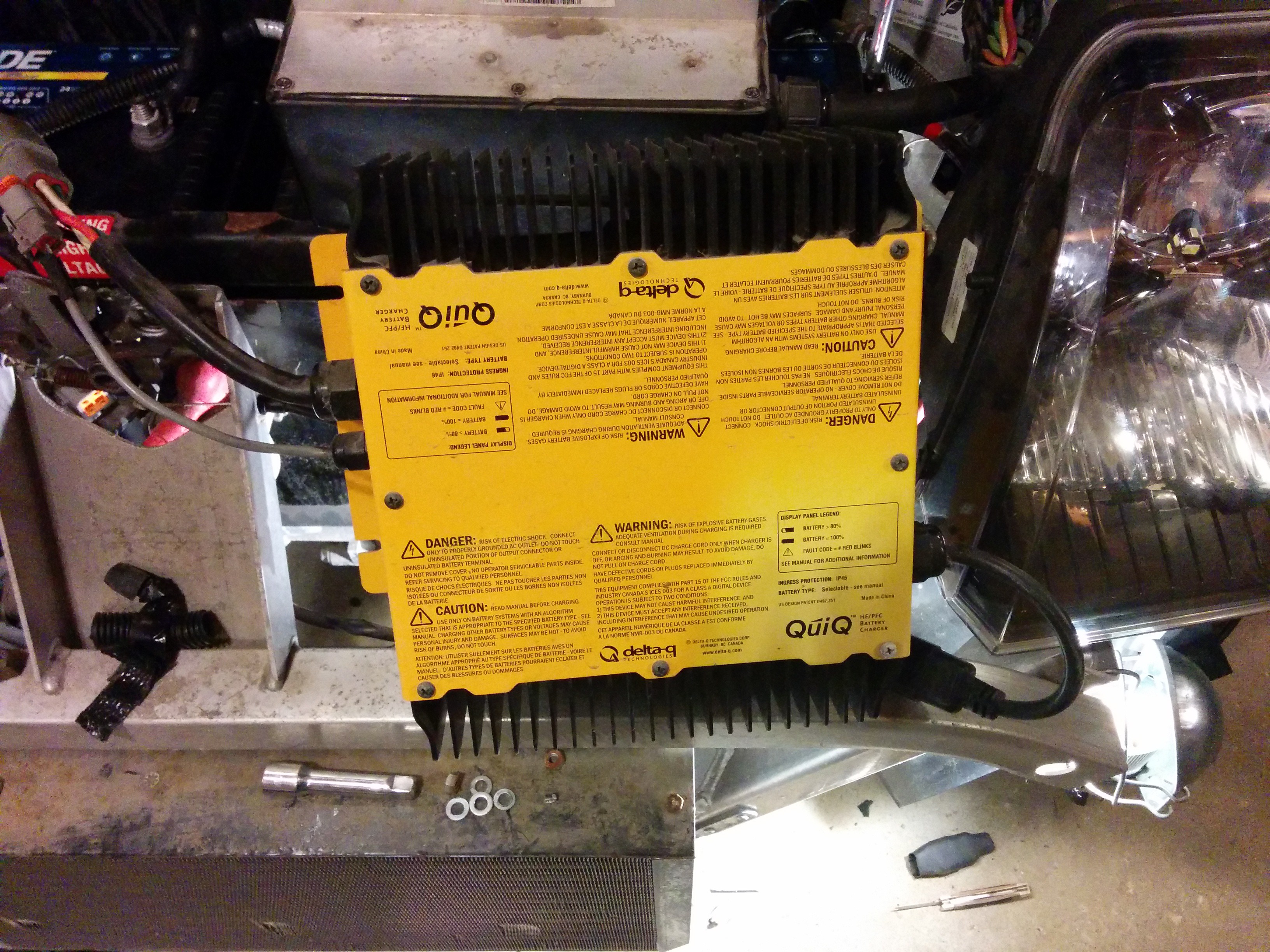 Once I had the charger disconnected from the car, I brought it inside for the next steps. When I did, I noticed that one of the connectors, what I believe to be the temperature sensor, was broken. In the picture below, it was the black wire on the smaller 2-pin connector. It broke from the pin in the plug. I'm unsure if this was like this before, or if it was caused when I removed the charger from the car. Either way, watch the wires, you don't want to break anything! 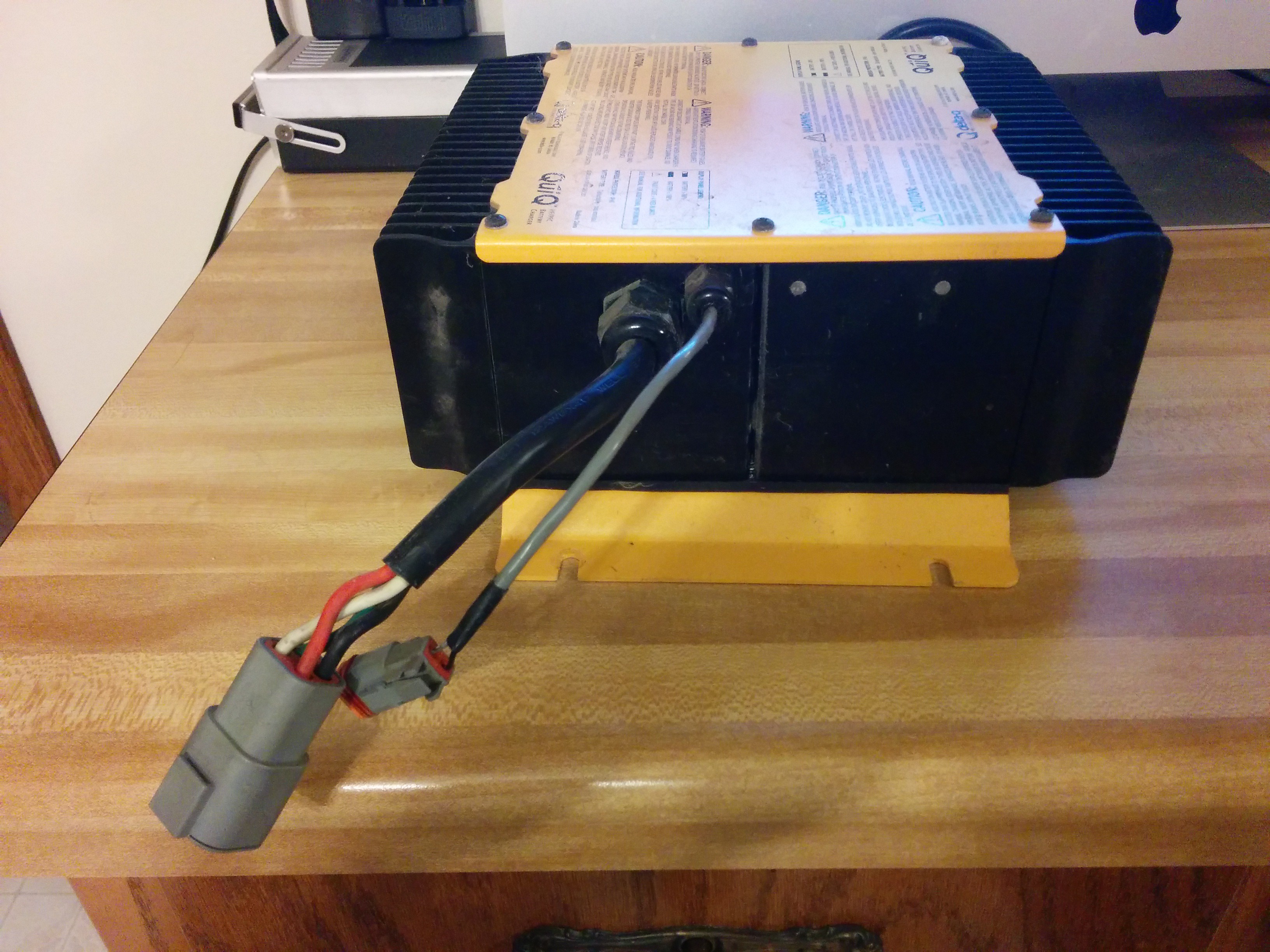 The connector is what is called a Deutsch plug. These are fairly easy to repair. There are YouTube videos online that describe how to take the plugs apart to get to the individual connectors. In my case, I removed the orange plastic end-cap, and then used a pick to pry up the plastic latches holding the individual pins in place, the orange silicone seal came along with the wires. It was a clean break at the pin. There are a lot of ways I could have fixed this particular plug. I could have just soldered the wire back onto the end of the connector. I could have attempted to re-crimp the wire on, or I could just replace the pin. Amazingly enough, I actually had one of these pins, but only one. I didn't have a crimper though. Deutsch plugs get crimped with a special 4 way circular crimper, which I did not have. So I simply stripped the wire back and soldered it into the end of the pin. While I was at it, I slipped some new heat-shrink tubing onto the wire for use later. 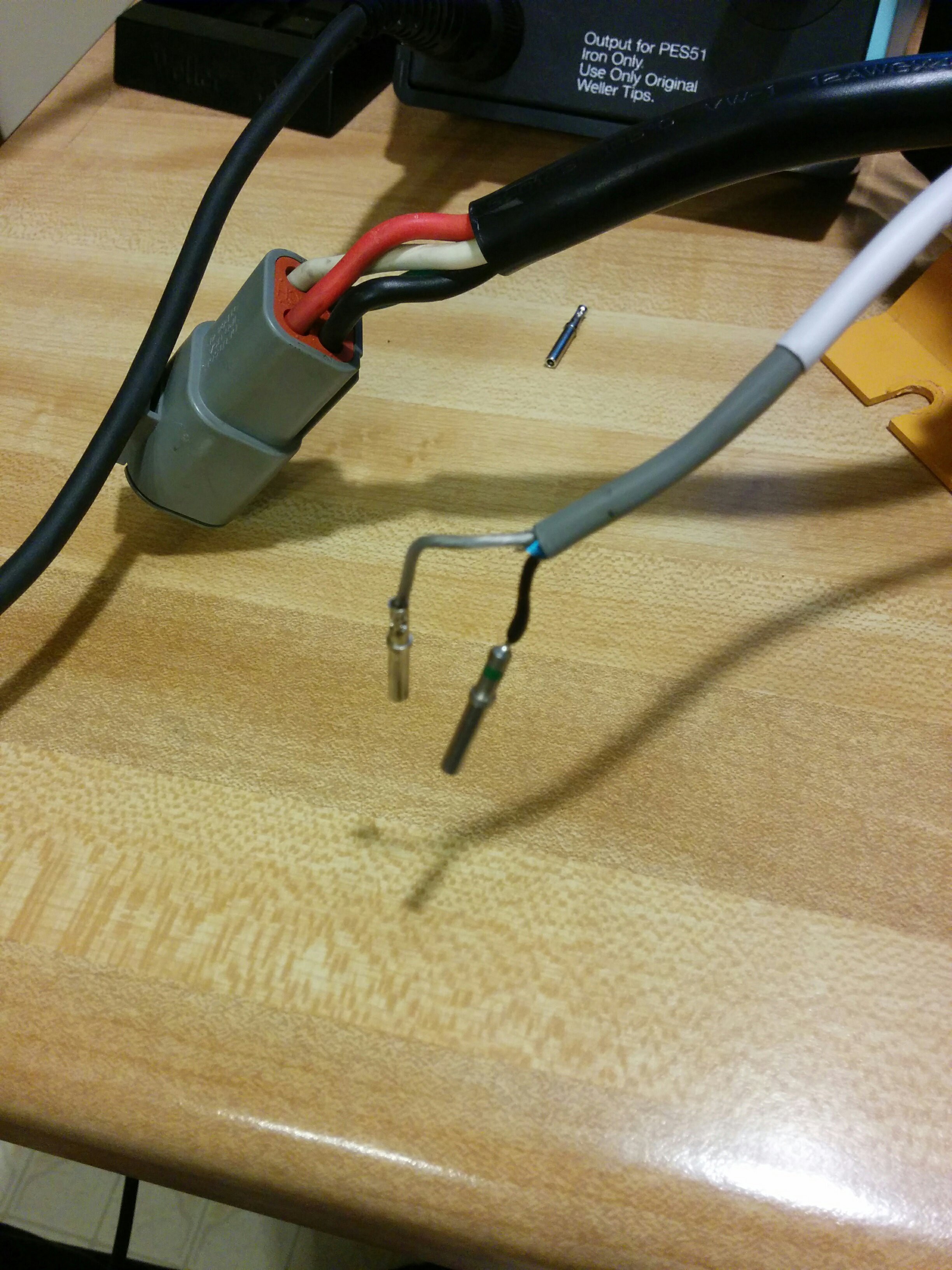 Once I had the new pin in place, I put the red seal back onto the wires and inserted the pins back into the plug in their original orientation. 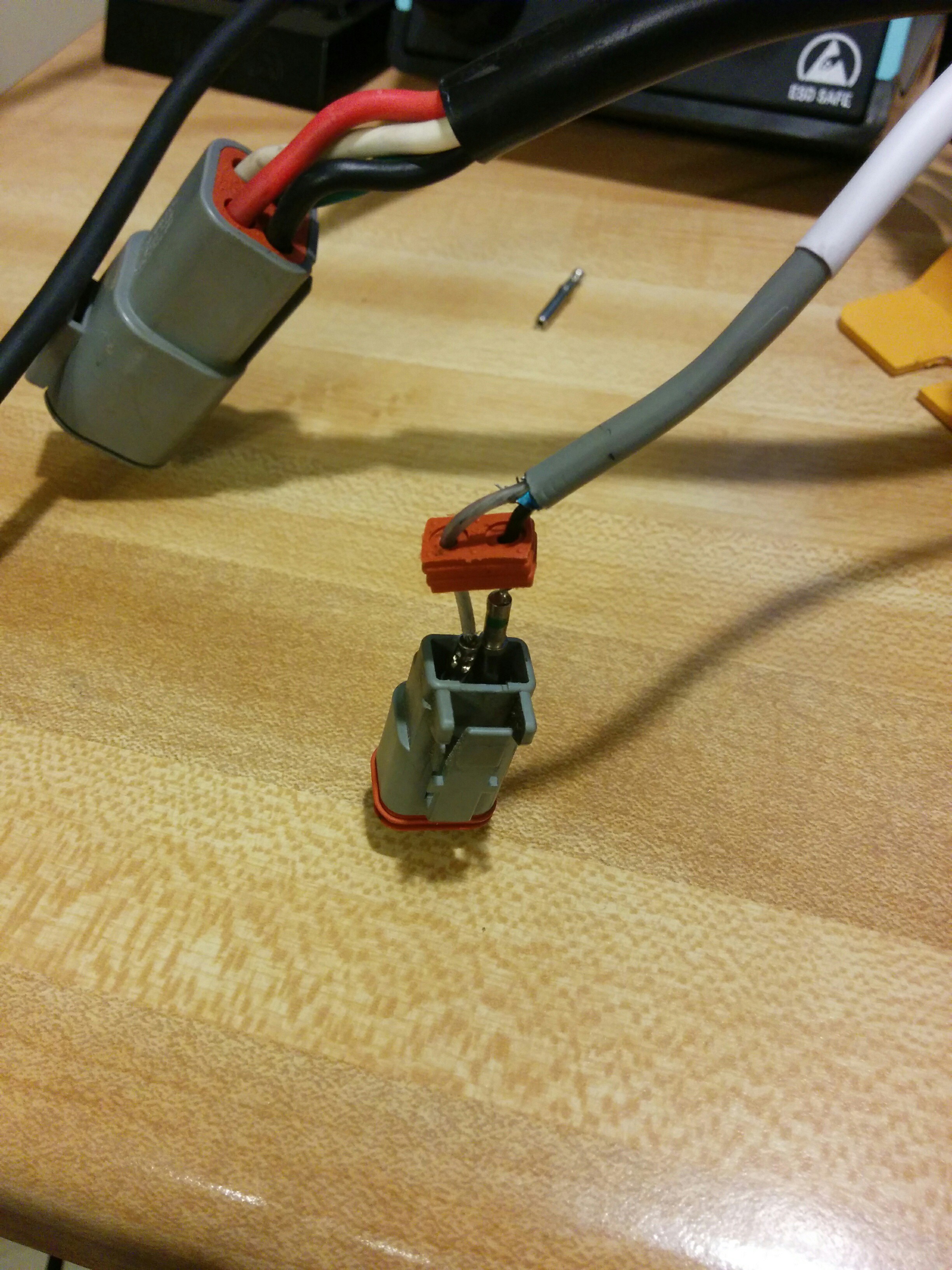 Once I had the pins in place, I put the orange end back onto the connector, shrunk the heat-shrink, and called it job well done. However, you can see that the wires are slightly different lengths now. I fixed that, once I was in the charger, by simply pulling the clear wire into the charger until it was the same length as the black wire. 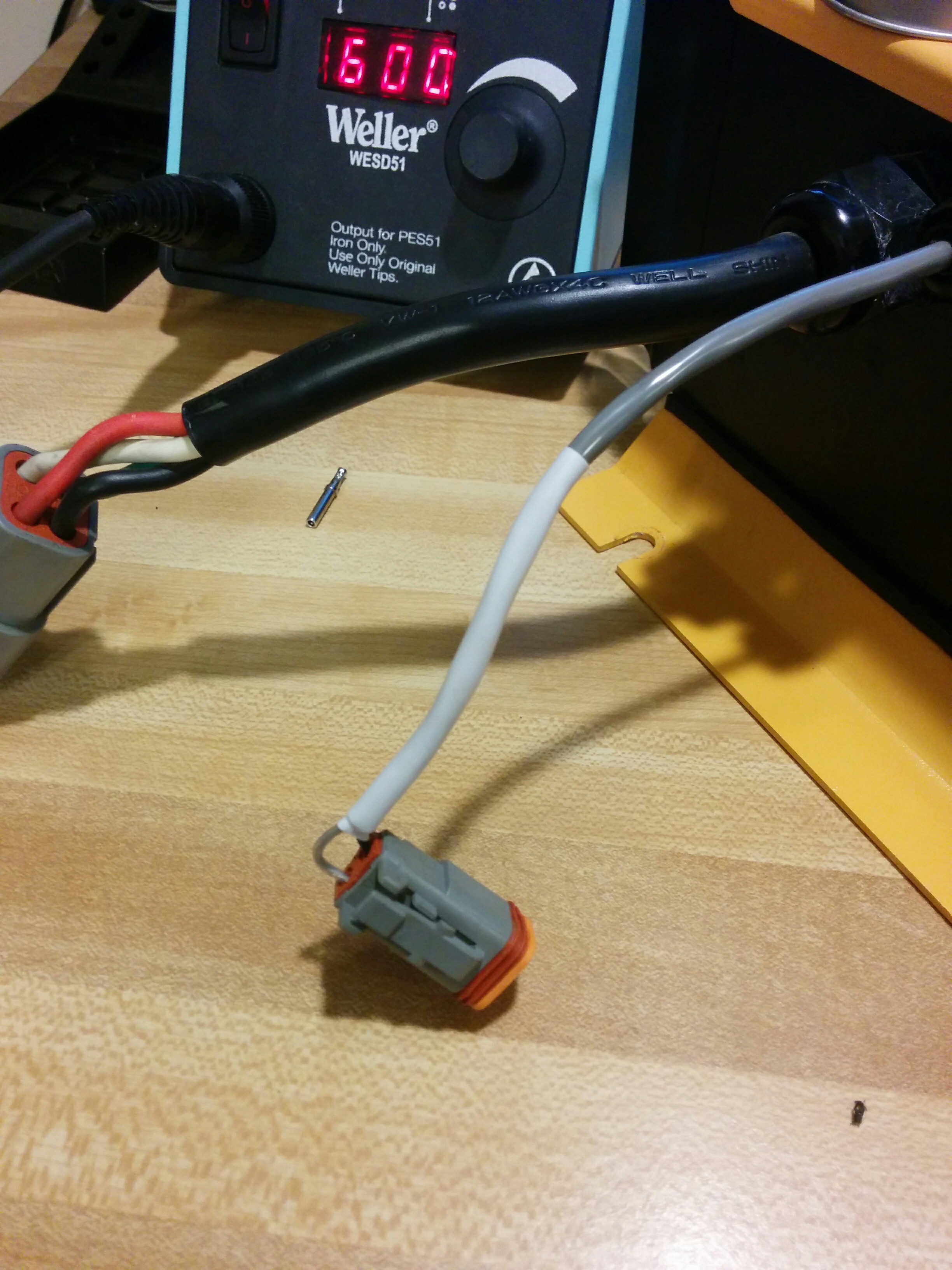 Now it was time for step #2, open the charger. Remove the eight Phillips screws on the top of the unit, and the yellow cover will come off. It has a foam gasket, so it may be slightly stuck to the body of the charger. 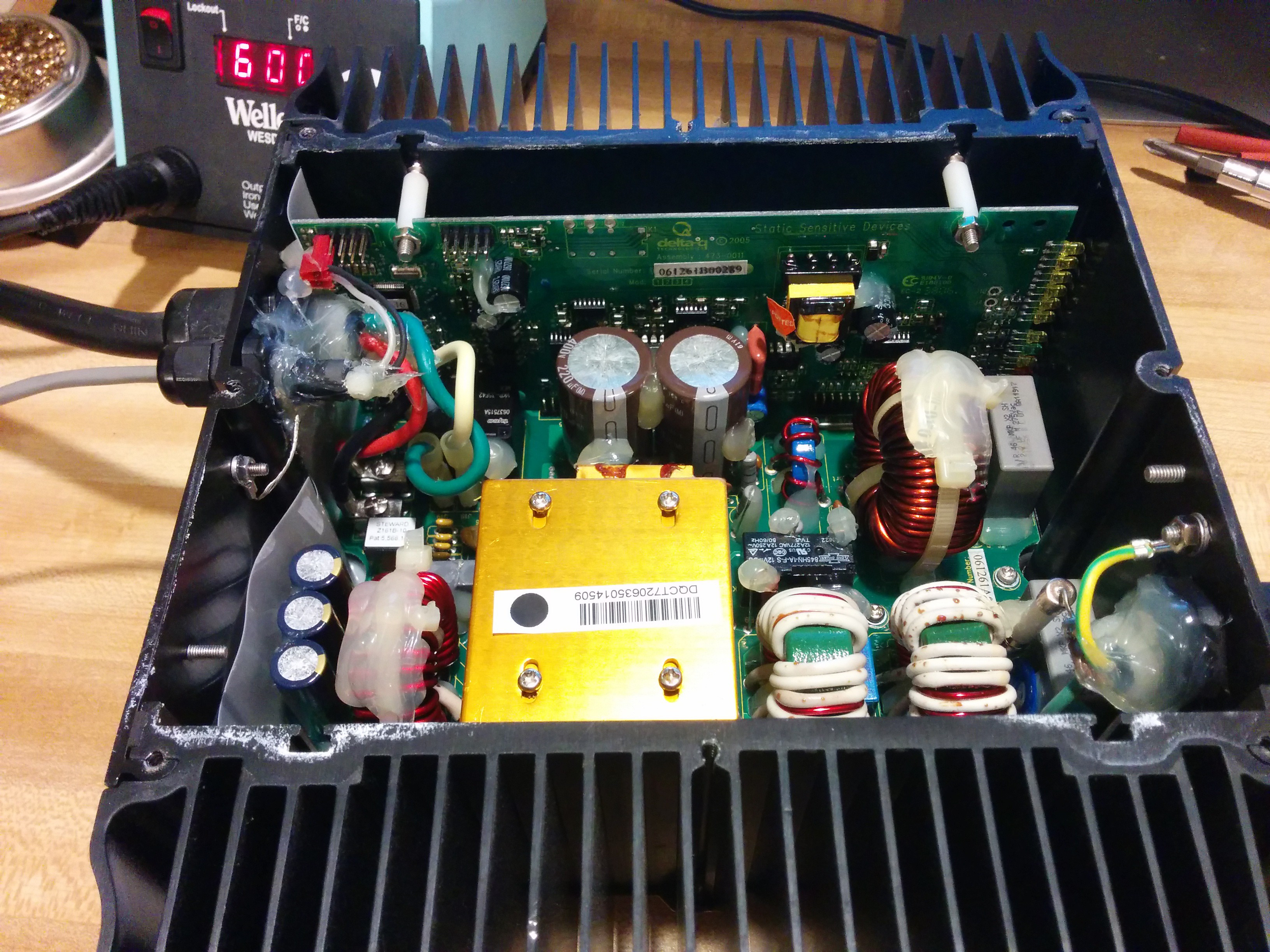 You can see the charge and sensor wires entering the charger on the top left and the AC wires entering on the lower right. There is also a lot of silicone all over the boards to help prevent damage from vibration.

Like I mentioned earlier, I pulled the clear wire on the sensor cable so that it was even with the black wire on the plug end. 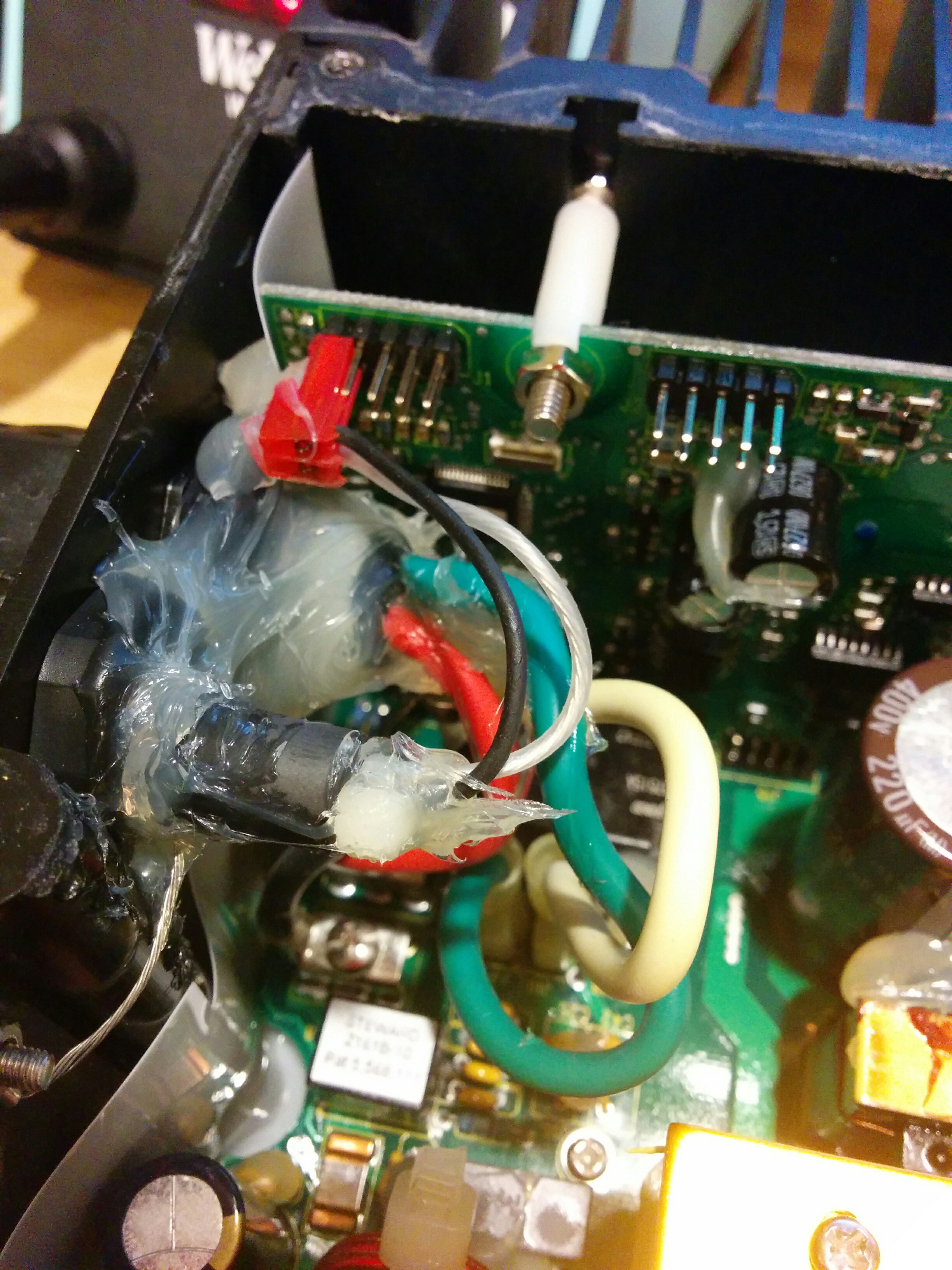 And this yielded a very nice looking sensor plug. 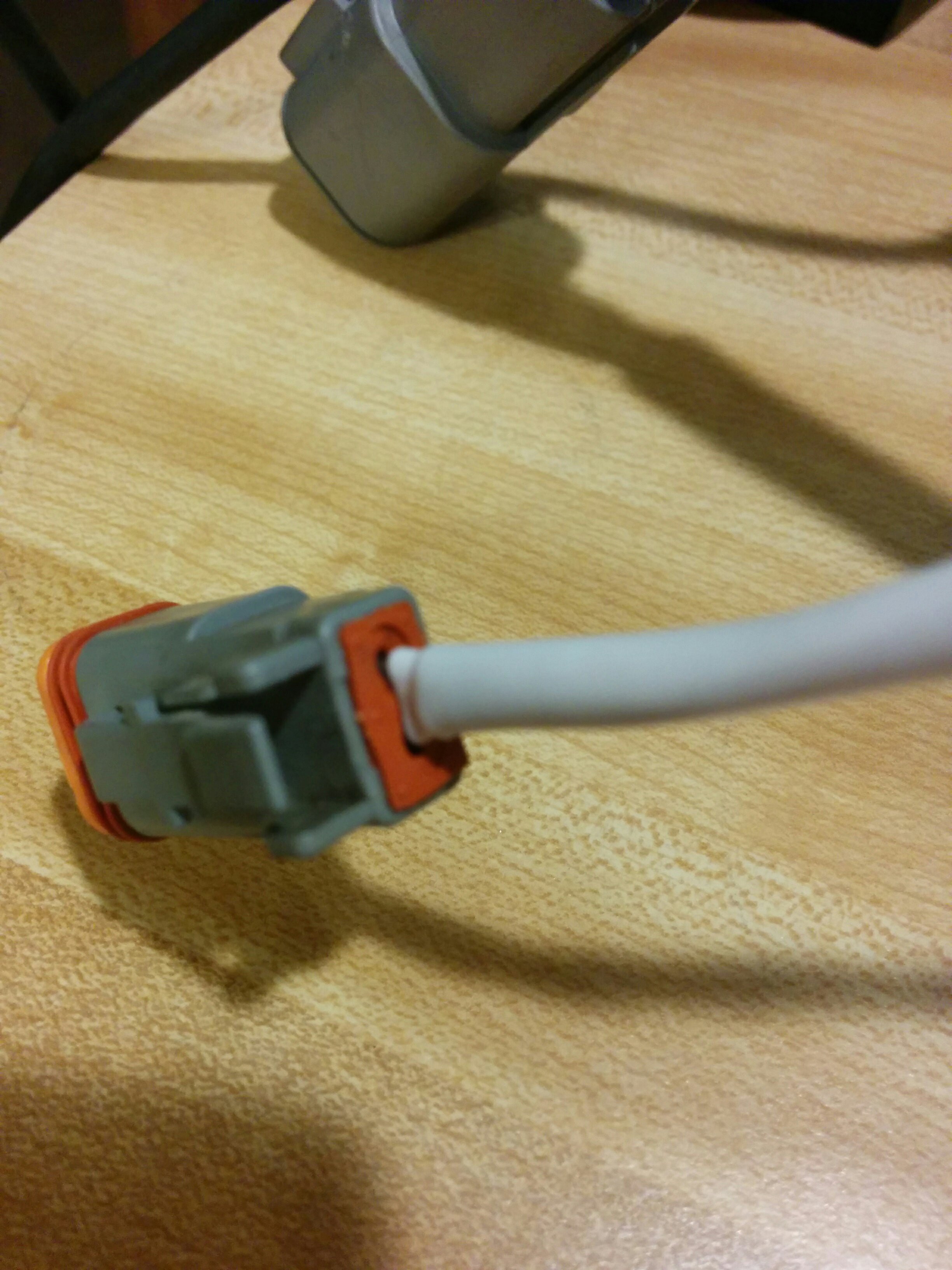 Now, onto step #3, removing the AC panel. There are three screws on the bottom of the charger on the right side with the AC input wire. Remove them. This will then let the AC panel move around freely. Pull it slightly away from the rest of the charger. 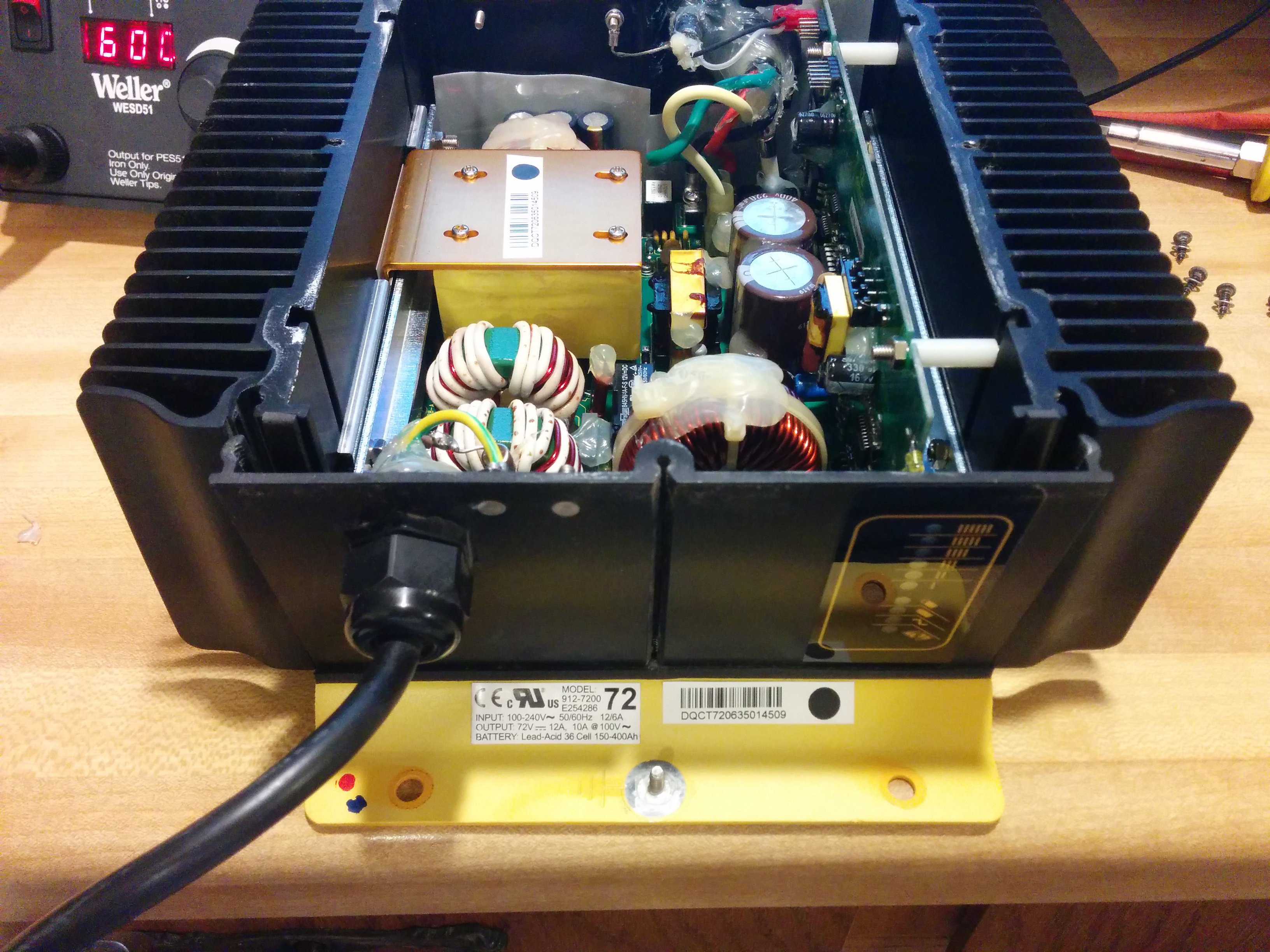 At this point the original instructions say to rotate the panel to access the PC board. However, I found it just as easy to disconnect the AC input wires from the main PCB. There are only two (the ground is connected directly to the panel itself) and one of them is a fuse-plug contraption. Use a small pair of pliers to disconnect the female connectors from the male connectors on the PCB. Remember that the fused input (load) is on the right and the wire input (neutral) is on the left. 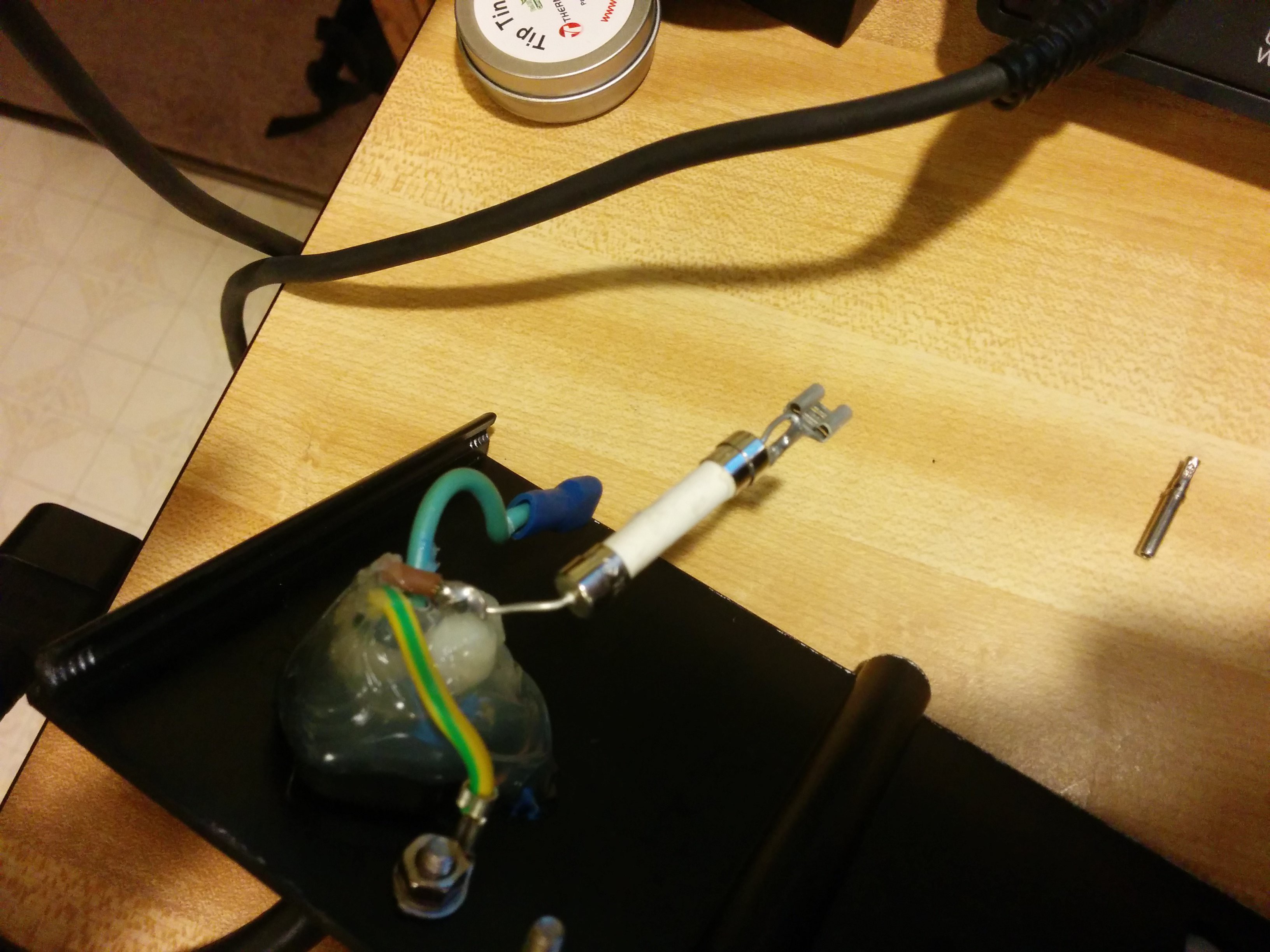 Here is a picture of the connectors on the main PCB. They are located below the coil and in above and to the left of the grey relay-looking thing.You can see that neutral is on the left and load is on the right. 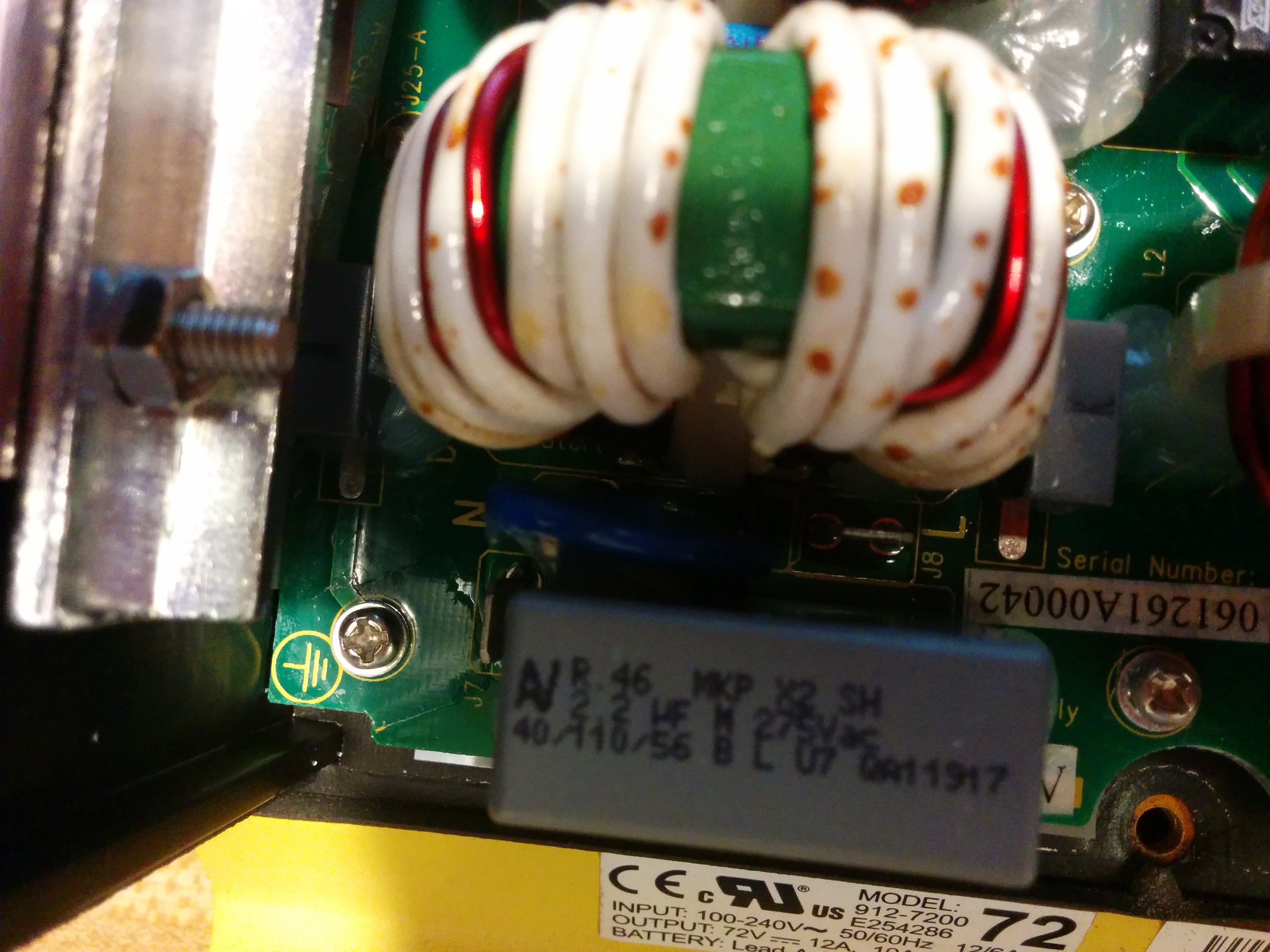 Now that the panel is disconnected, let's look at that shunt.

The shunt is located to the left of the vertical PCB on the main PCB and next to the huge coil. It simply looks like a heavy-gauge copper wire soldered into the PCB. 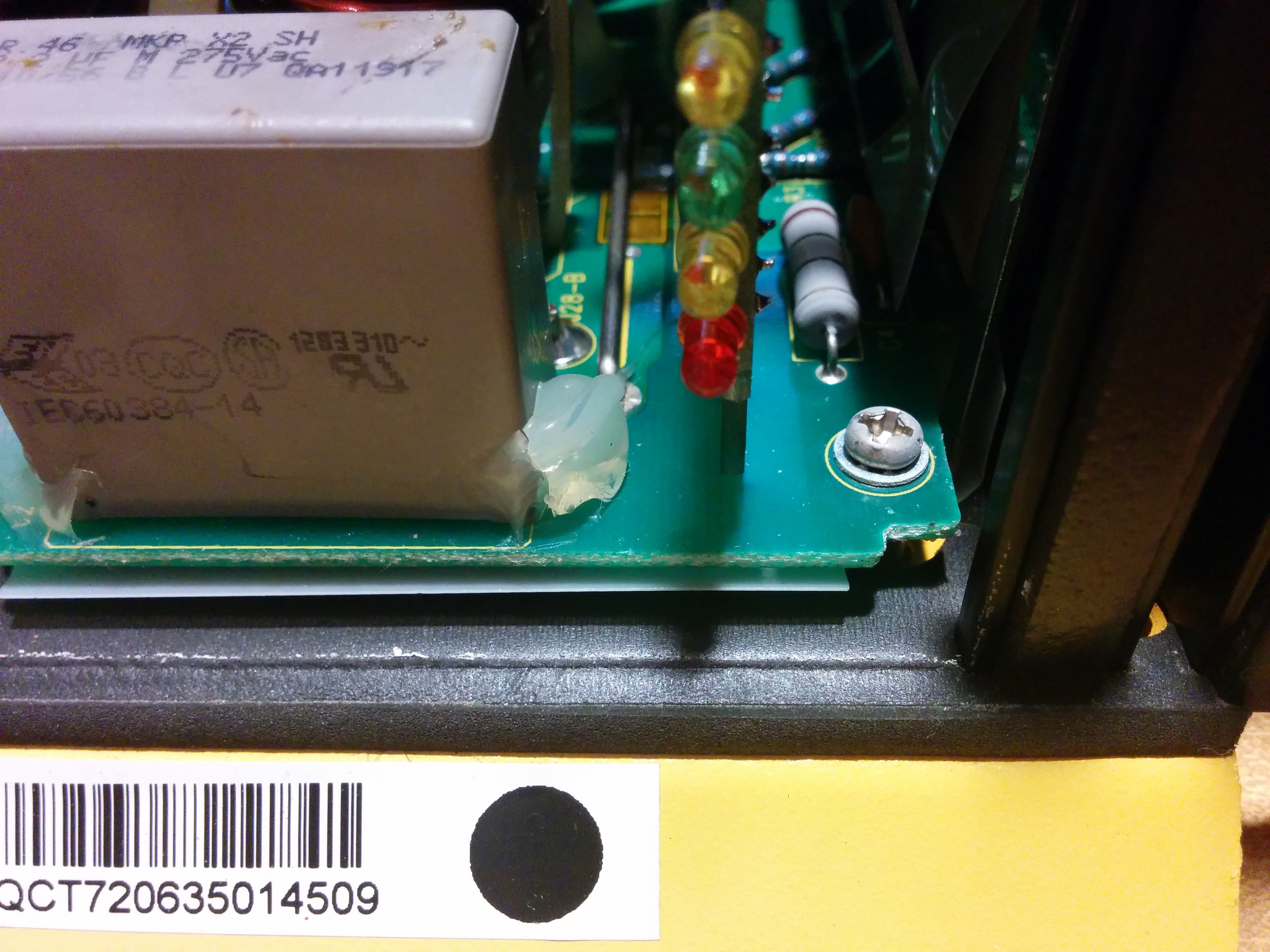 I trimmed away some of the silicone and exposed the solder joint on the shunt. As you can see, it is a rather dull grey color and looks kind of cracked and rough, not a very good solder joint. 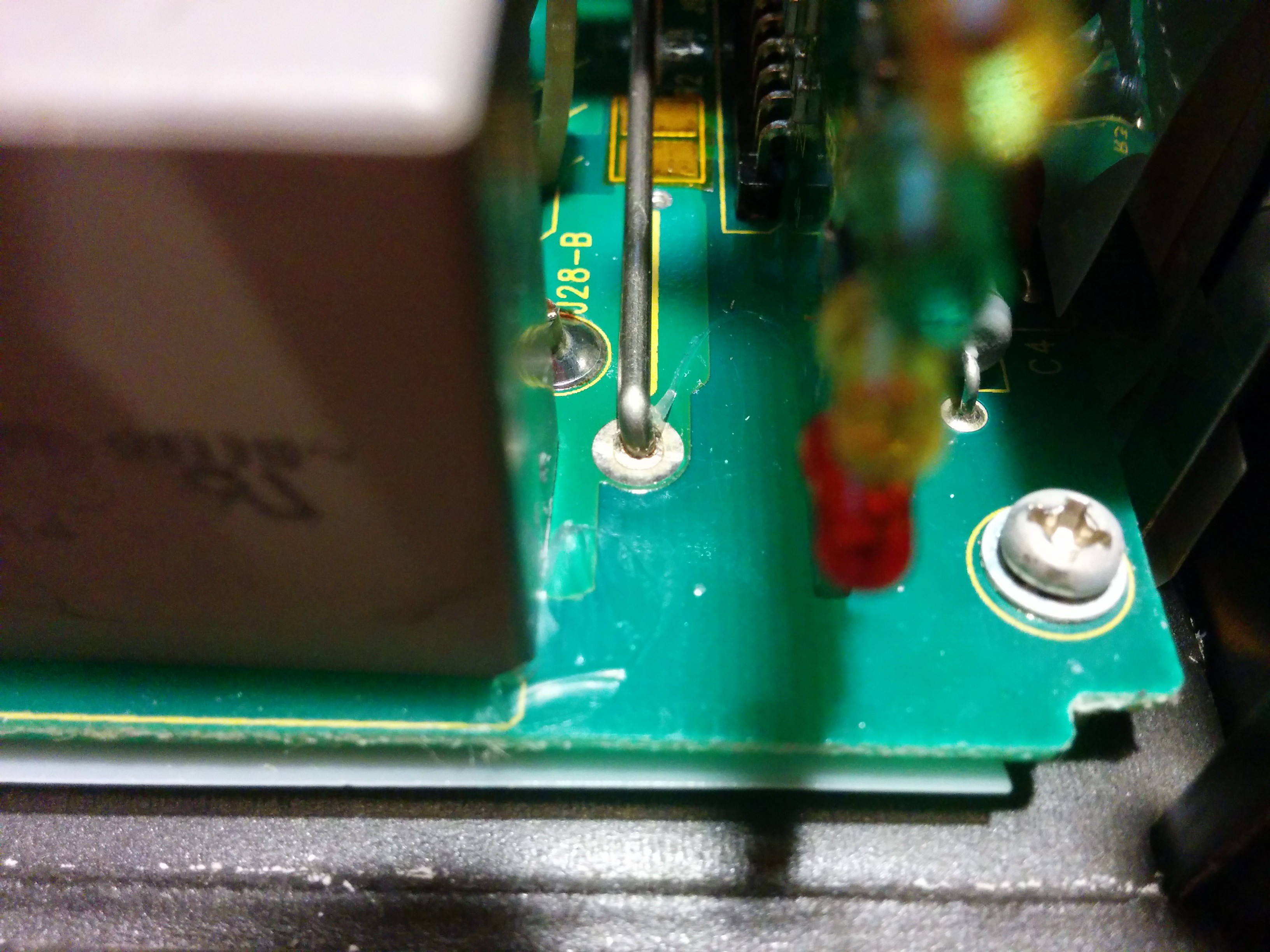 I re-soldered the connection from the top on both ends of the shunt, no need to remove the PCB. This time I used a 60/40 rosin-core solder, and then used some flux cleaner to clean up the connection. 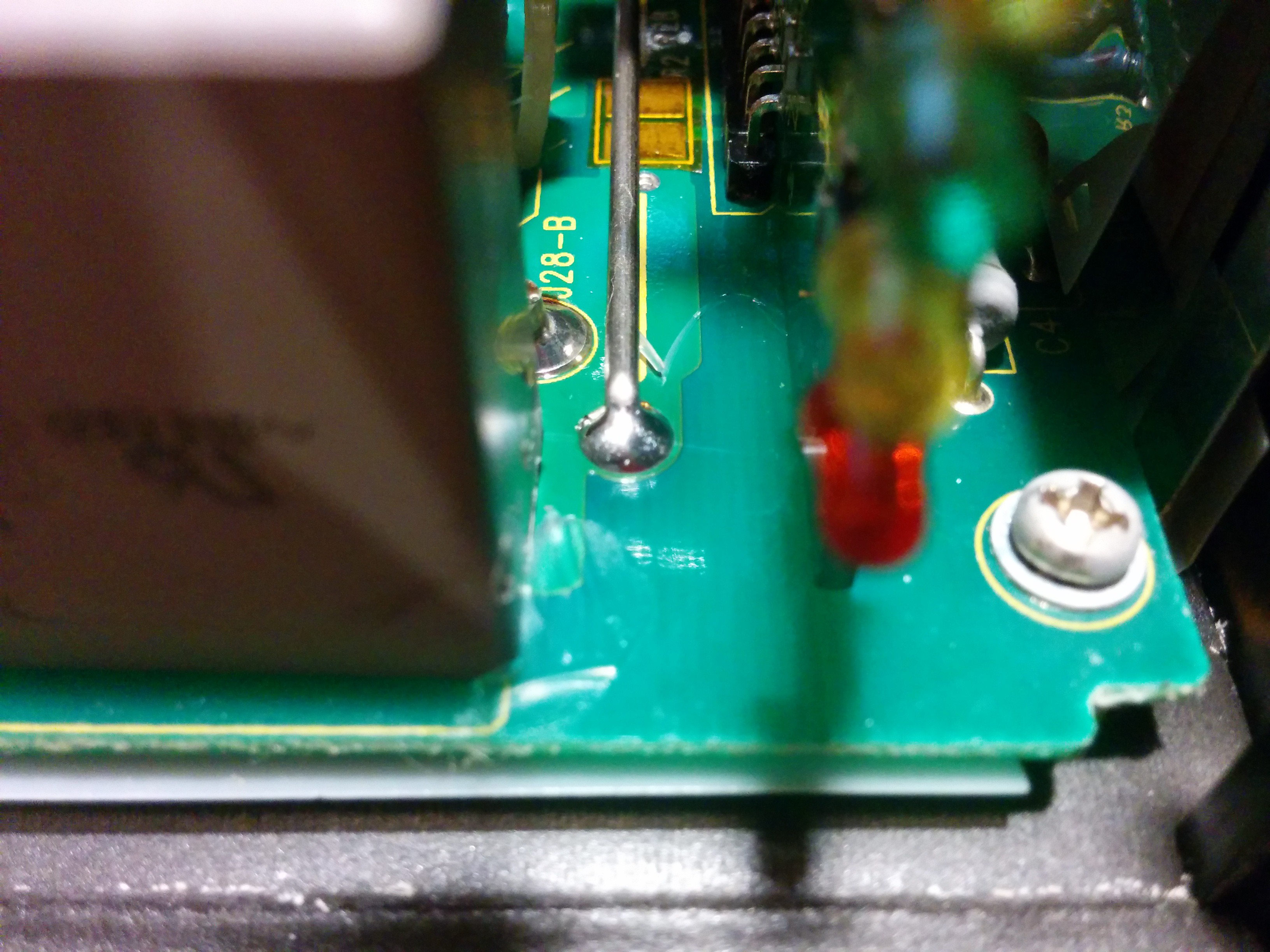 While I was looking around the charger, I found one other coil that looked like it had a bad solder joint. This was much harder to get at, but I figured now was the time to fix things, rather than going through the whole process again. 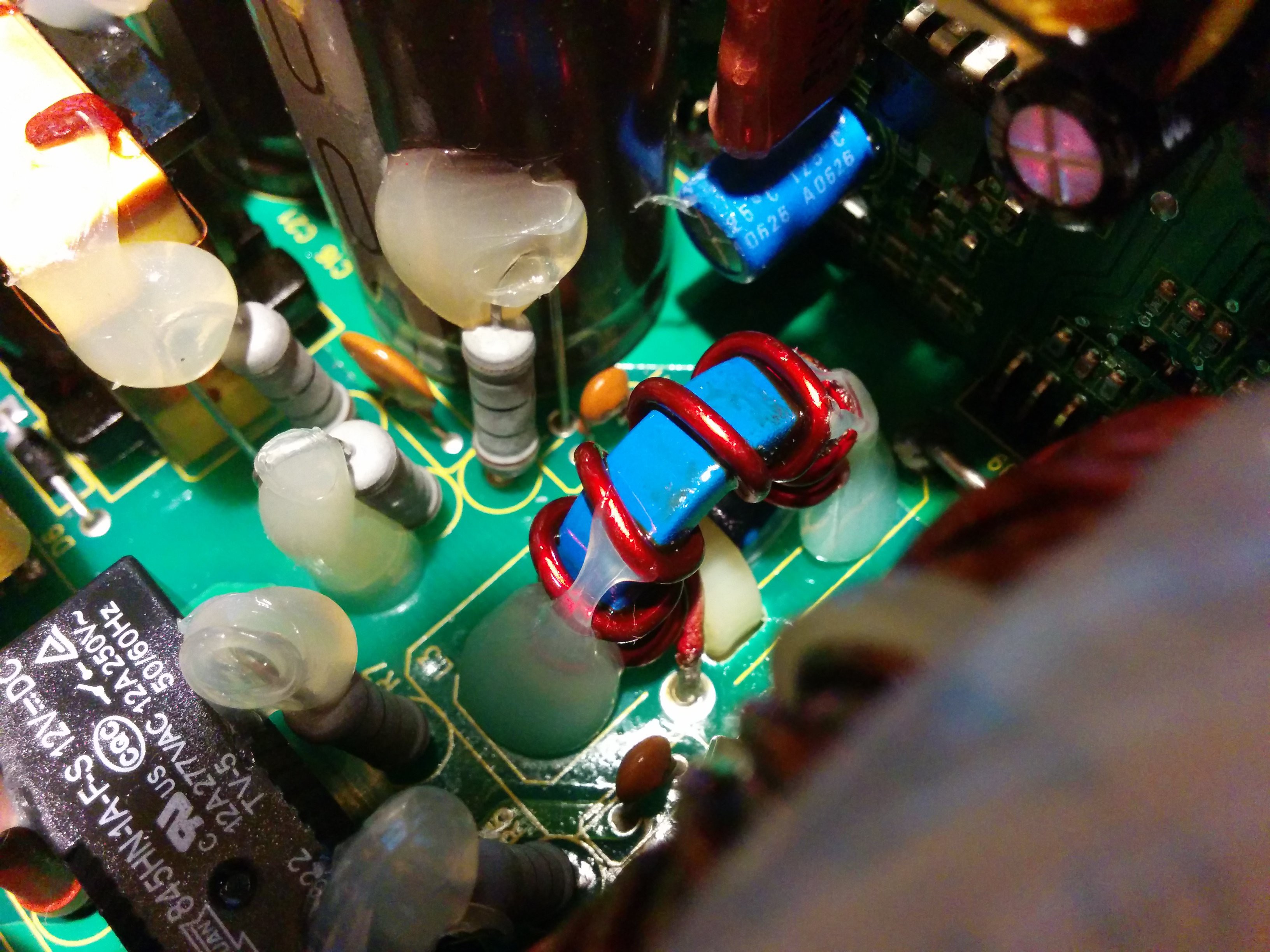 And here is that same coil with its newly soldered connection. 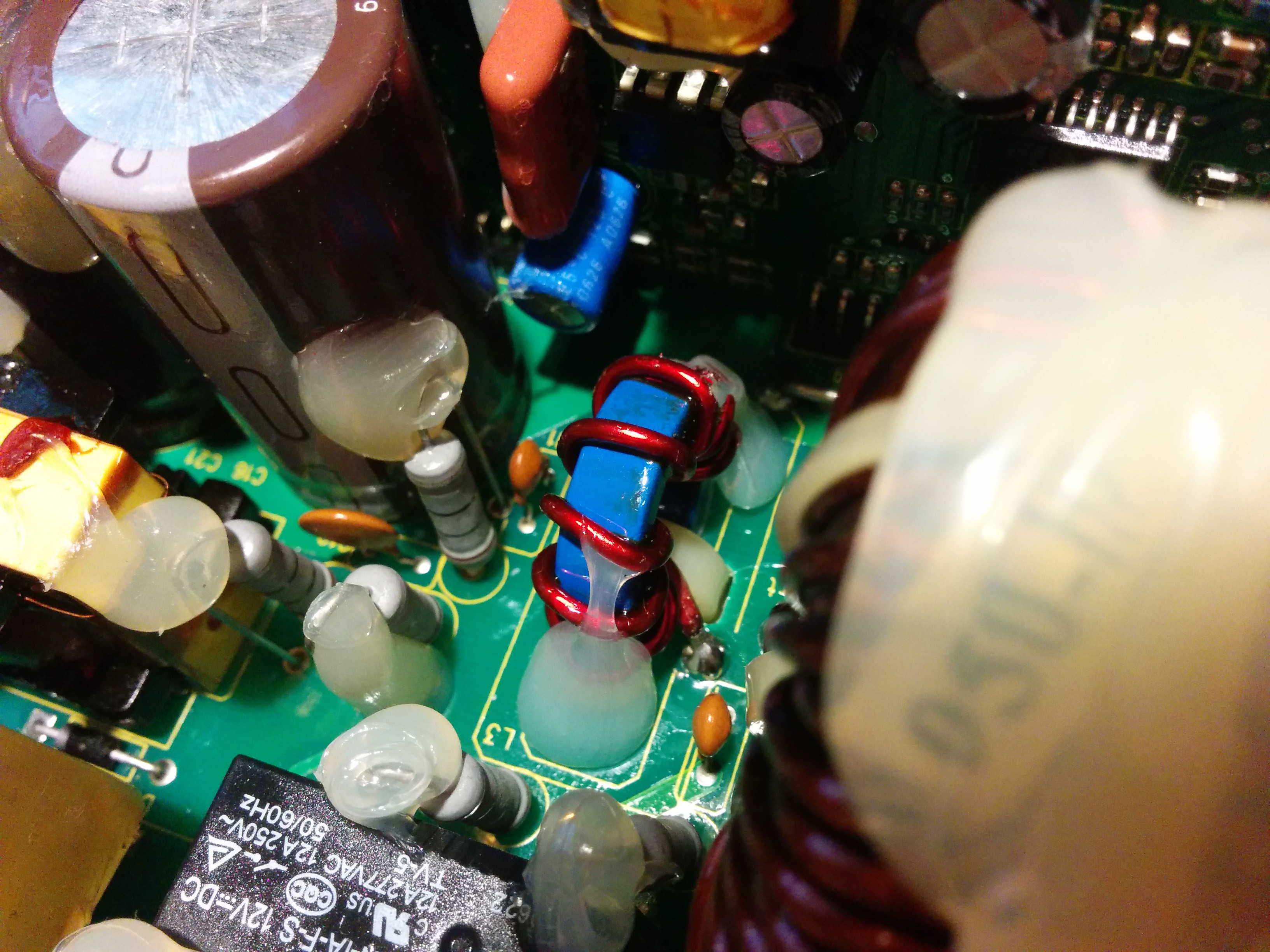 Once I was done with my repairs, I replaced the silicone that I had removed, but this time I used some high-temperature hot glue, as that is what I had available. It should do the job.

Finally, just like a Haynes manual, assembly is the reverse of disassembly.