Removal of the IR filter took a lot of trial and error--some camera modules are less suitable for modification than others, and I had to figure out a good process by which to disassemble them.

For the Pixel 3a camera, I tried using a scalpel to separate the sensor from the lens housing, but this ended up breaking some very tiny solder joins that connected to the autofocus mechanism in the lens housing. If it didn't have autofocus, it would have been no problem!

I tried soldering those broken joins, but they were too small and beyond my soldering skills.

In order to avoid breaking them in the first place, I settled on using a heated 3d printer bed to soften the adhesive around the lens (15 min. on 60C), and using a small pair of pliers to twist and remove the lens. This gave me access to the IR filter, which is glued into a square frame just above the sensor.

To remove the IR filter, I glued a small section of ABS 3d printer filament to it to pull it out.

It ended up breaking instead.

But, after carefully removing the rest of the broken IR filter, I was able to twist the lens back in place and put the camera module back into the phone without an issue. 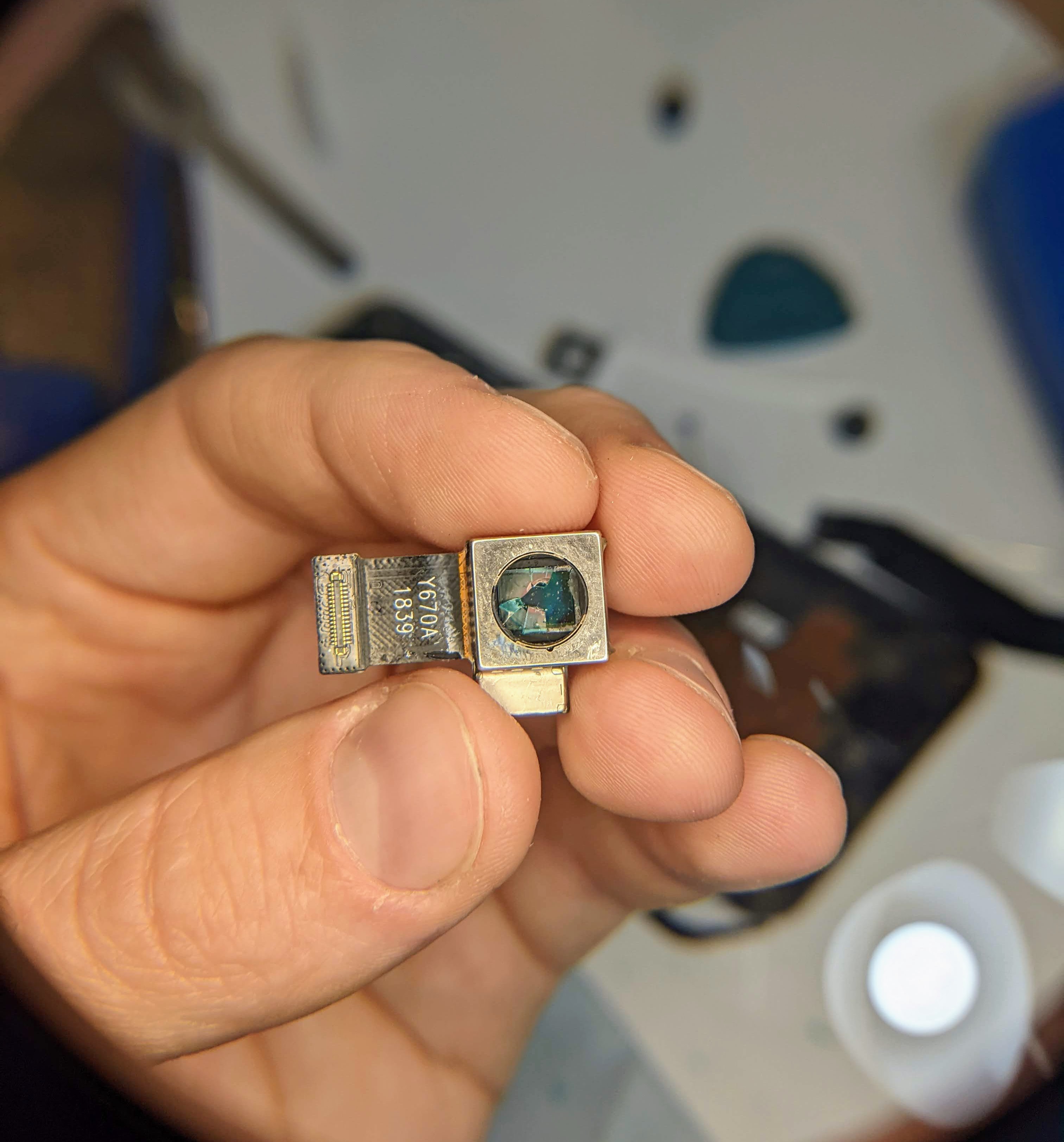 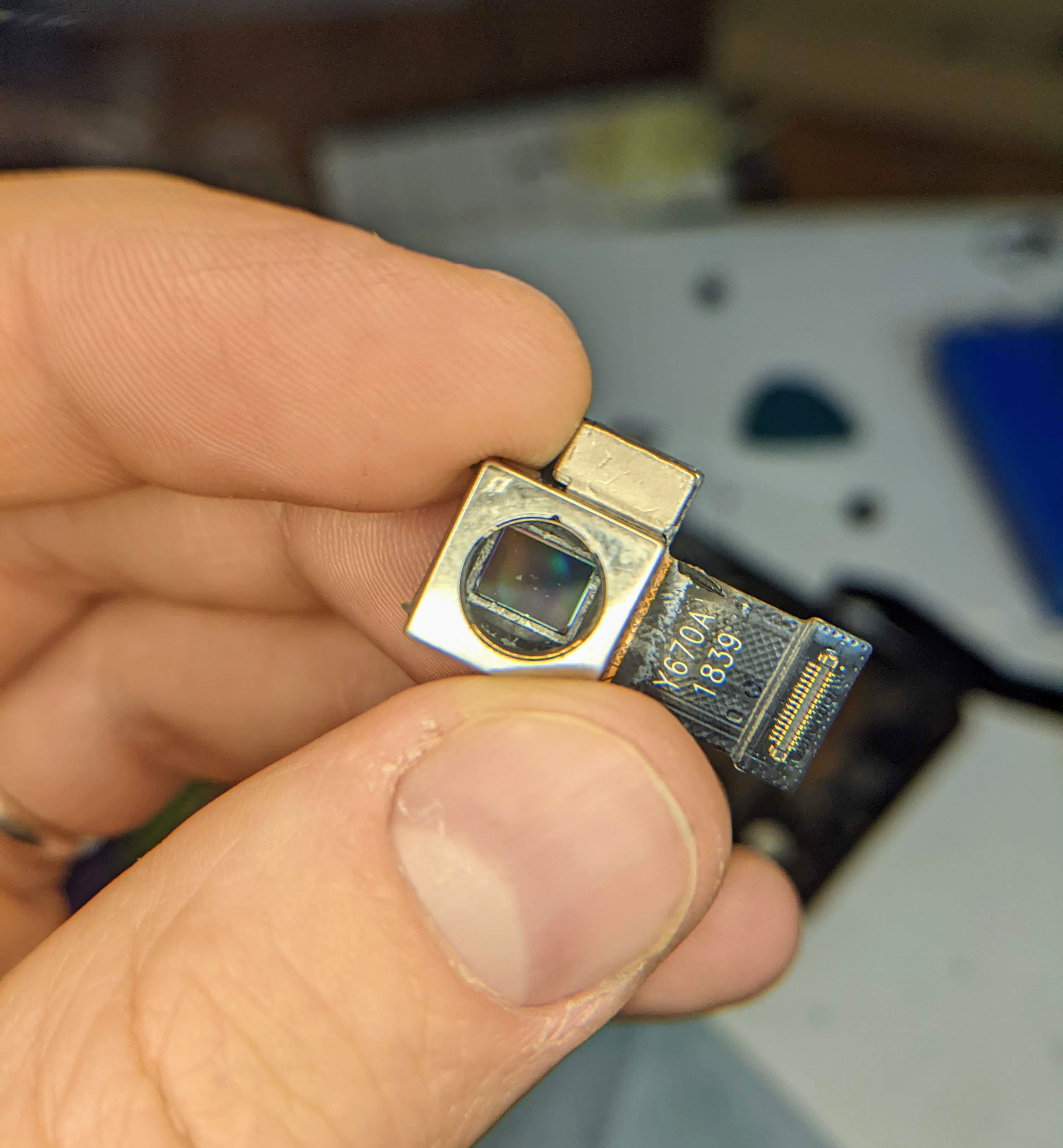 I'm going to try printing a small tool to adhere better to the IR filter, and hopefully with some heat, I'll be able to pull out the filter intact.