A wearable PDA / smartwatch with a Tetent [gd0090] based input layout.

Currently stetching a concept idea for the project thumbnail. My first-thought idea was an L like shape, but I don't think clothing would work that well around it and I don't think the keyboard would be in a good location. This is my first sketched idea.

I've turned to #TeTwin Switches [gd0041] to see if I can reduce its height. Now that I know that the distance between columns needed is more like 21mm instead of 17mm, I can remove the 2mm dowels from the top of the 2 keycap sections.

I have a feeling that I'd be using M3 screws or 3mm dowels instead of 2mm due to better availability at the >35mm lengths the design calls for. Ideally, the M3s would actually be on the outside and hook the main key on both sides:

A shorter key both helps with this project and #Tetent Tiny [gd0040], as well as fitting the thumb keys next to the finger keys for all #Tetent [gd0090] projects. It seems that the tallest key is 16.95mm, so including things like the PCB, it's likely to fall in the 19-20mm range anyway.

It seems that the only location a solution won't immediately fail is if the keyboard is on the top of the arm. Any other side is too thick. When my fingers are bent, the distance between them is more like 19.5mm and not 21mm. The new Tetwin design seems tolerant to such a change. Then there's the rotation of the forearm that further complicates things. Tetent having such a small window of comfortable configurations really doesn't help; perhaps the thumb column would have to be ommited since it's what's causing the ergonomic issues (just like in all Tetent projects at the moment, now that I think about it). I only need the first two:

It seems that the side of my arm is still the optimal viewing angle for the screen and use of the keyboard. How bendable are standard OLED's anyway? Anyway, it looks like the keyboard would make the outer length >80mm so the OLED I found in the previous log is out. If the watch is going to be large, it should at least be large and sleek and without relatively thick bezels, and the 2.69 inch display would need bezels over 13mm in size.

I've found this OLED display that I originally dismissed because it's 80.5mm in length.

Right, so Tetent takes up a considerable amount of space already so I'm not all that hopeful. 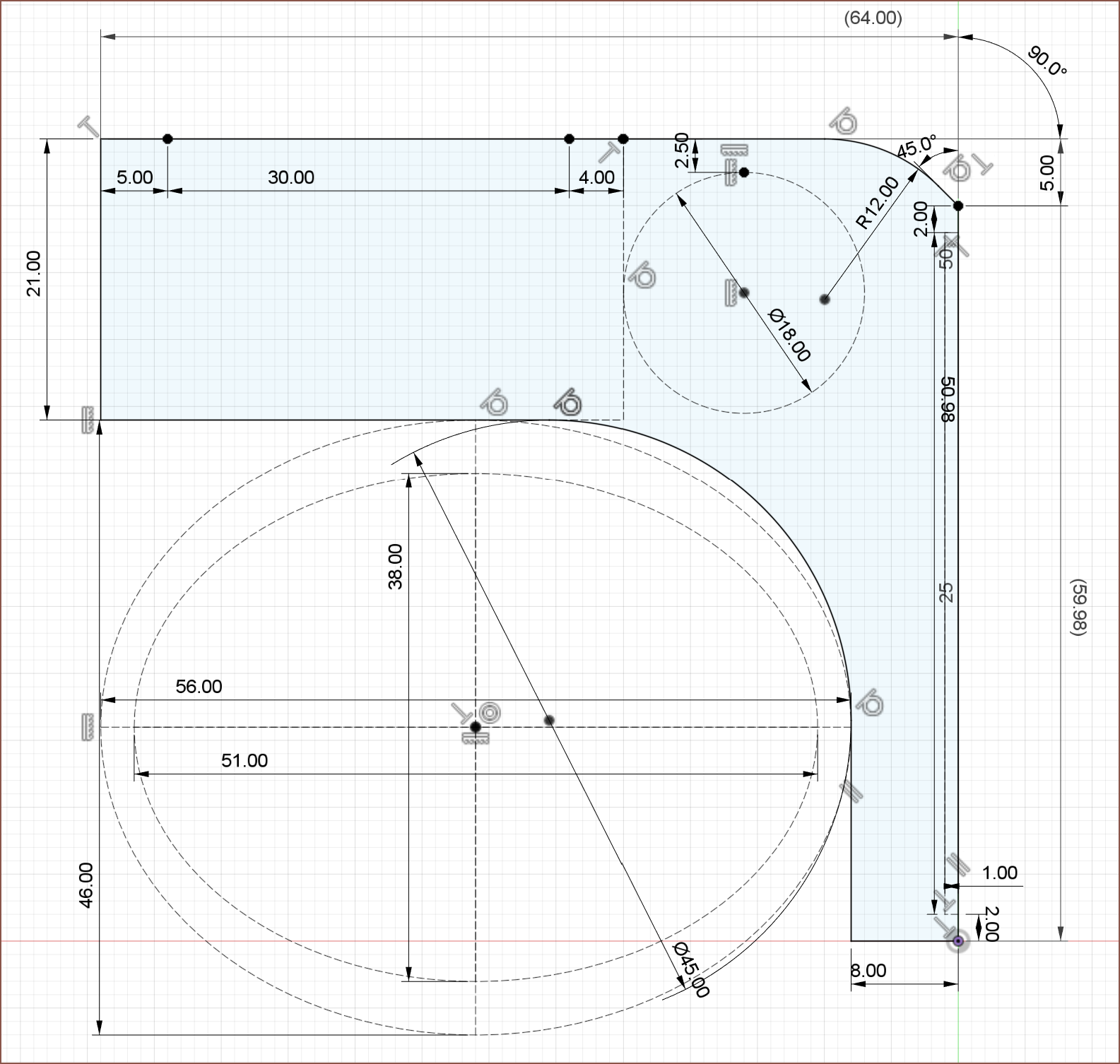 It turns out that a) my design has come right back to the original L shape I was thinking of and b) that there's enough space for a 18650 cell. I wanted to have a removable battery but wasn't sure how it was going to happen, so this is good news.

It seems that the joysticks used in #Tetent Turntable [gd0038] could be small enough to implement into the design.

The reason why I haven't been able to merge Tetent and Turntable into one is because the only solution I could compute involved having to rotate to get the joysticks under the fingers. I don't think the same issue would happen in this configuration.

The speaker(s) is likely to be an afterthought, but I might be able to fit these somewhere:

The motherboard is likely going to be CM4 compatible but use the CB1 I got for £9 avg since I have 4 of them and 2 have been reserved for #SecSavr Suspense [gd0105]. Even at the standard £21.60 price of the CB1, it's still cheaper than all the other options that only have half the RAM.

Thus from the research above, this is my 3rd idea: