I've had about a week of a delay in the project - went to a hackathon, then did some work on the #ICeeData project, then fell ill for a couple of days. When I came back to my hackerspace, I got a note saying the back board shipment was waiting for me at the post office, and this was a powerful reminder about ZeroPhone. I went to the post office, received the boards and started assembling the next version of the hardware. 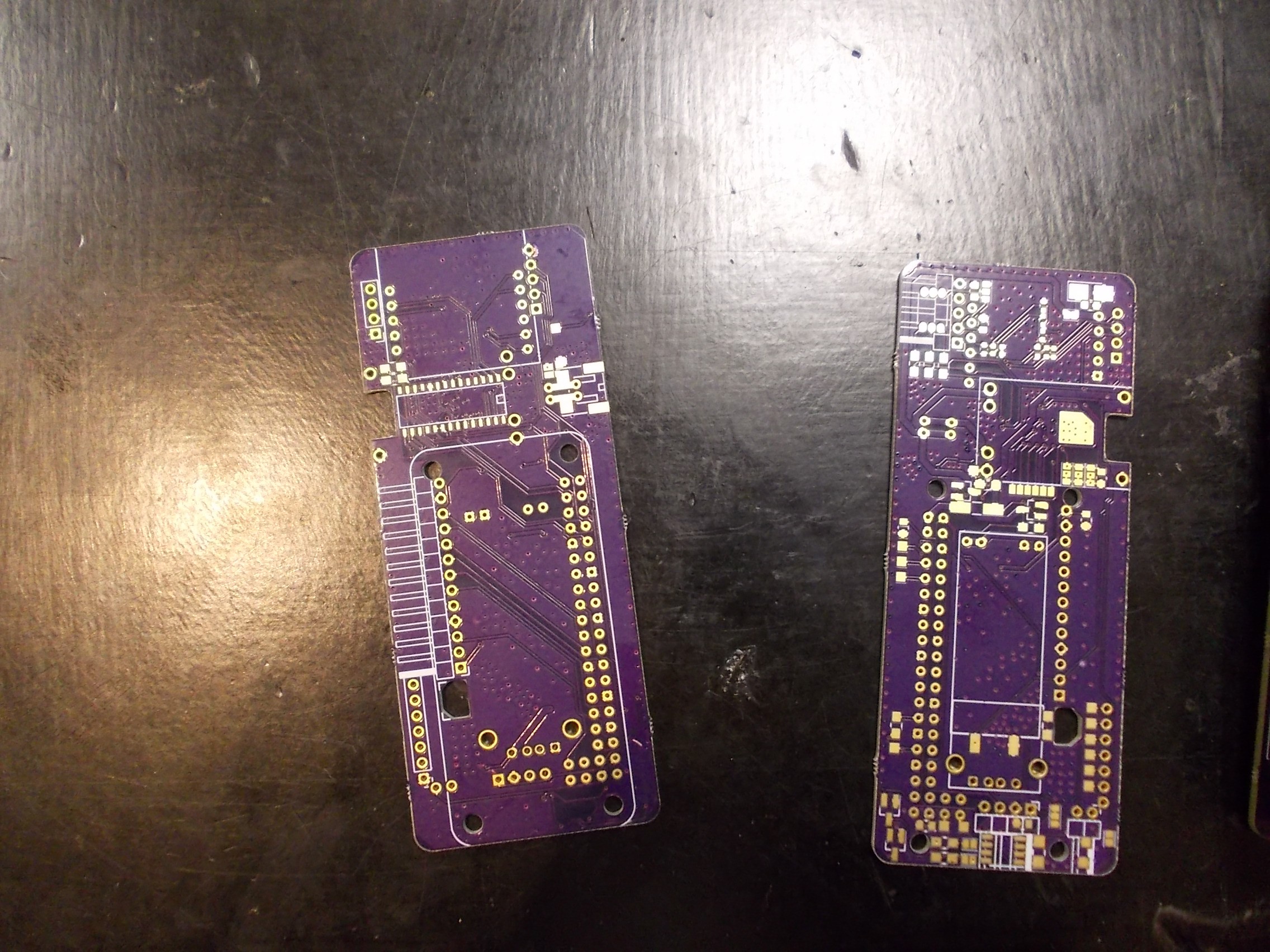 It's not fully assembled yet - I need to get some more parts, but as soon as it's done, I'll test it, find bugs, make v1.0 of the boards and send them to the board house (should I get the blue soldermask option so that it goes well with the Chinese module PCB color?) That's for the "sending prototypes out" part. I wanted to do more of this in parallel, but now I see that this part of hardware prototyping can't be done in parallel. I need to get the boards, assemble a phone and then see if it works - only then I'll have boards I could send to reviewers.

@Arsenijs Thanks for the update.  We're excited to see what it looks like assembled!