Displays whatever you want on three IN-12A/B displays.

3 weeks. I never had such a fast delivery time. I received 10 panelized boards, which means 20 boards total! I was afraid the grooves weren't gonna be correctly made, but apparently they nailed it! I kept the default red colour, thought it looked nice.

The first test was with a Z573M. Man those tiny leads are a pain to insert into the board... But it worked great on first go! The logic signals came from an Arduino I programmed to scroll through the entire range, while blinking the decimal point. 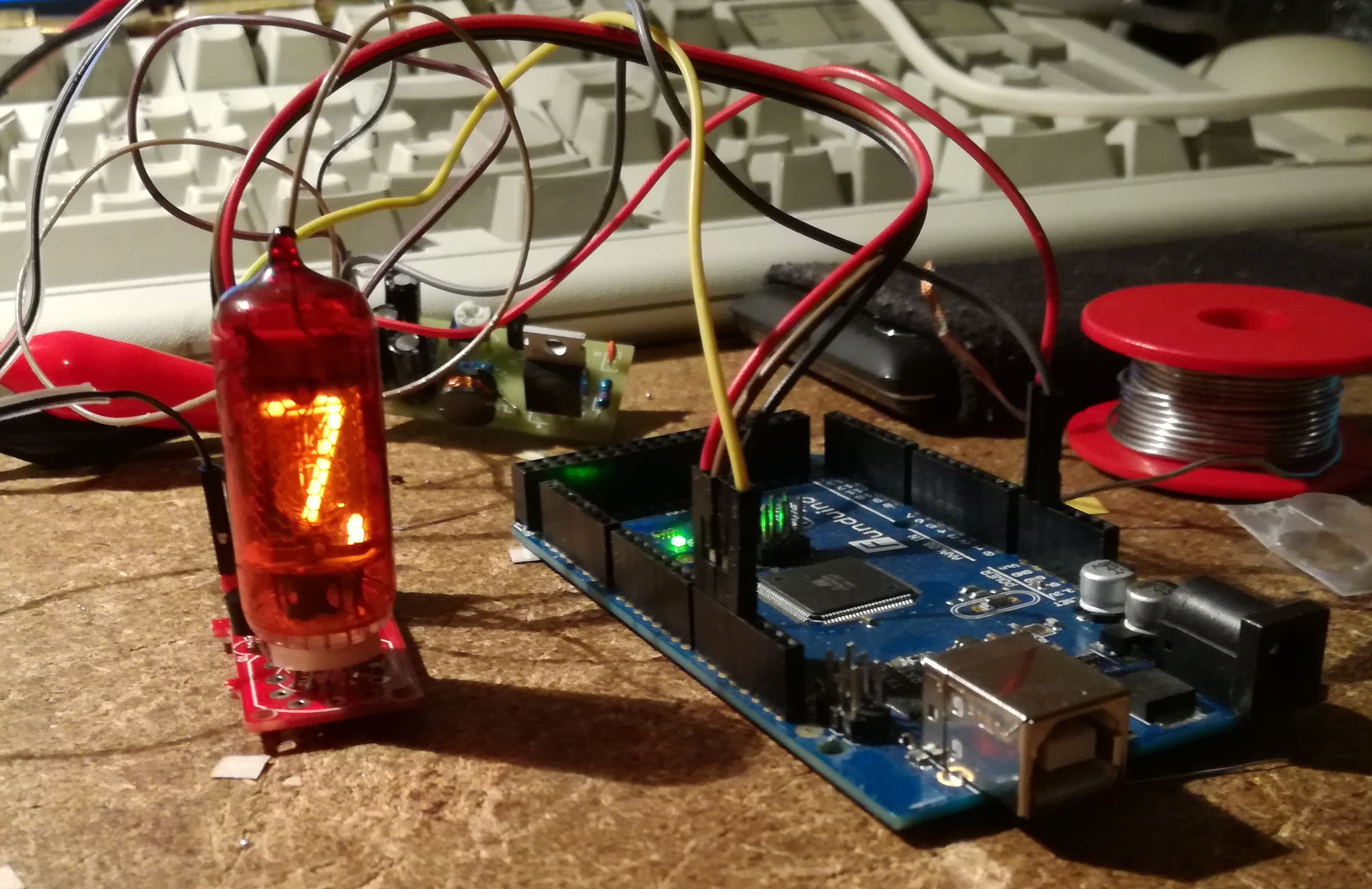 I made three other boards with IN-12 tubes, they worked just as well. 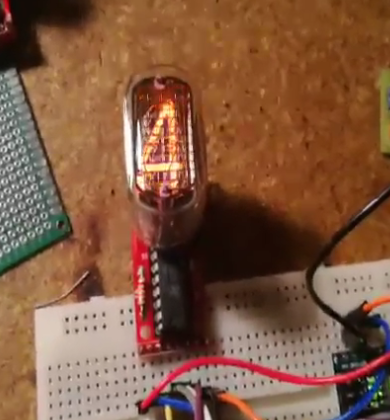 Off to make something useful with this!

Building the controller board