In the last couple of weeks Phillips has released the Hue Tap something their marketing blurb calls. “Here’s hue tap, the world's first wireless smart switch.”

The Hue Tap obviously only works with the Phillips Hue system of lights. But it feels like on some level it legitimises my project now that it has some “competition” 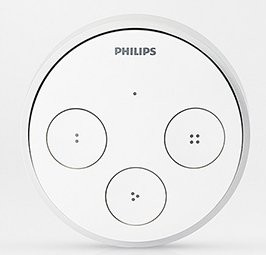